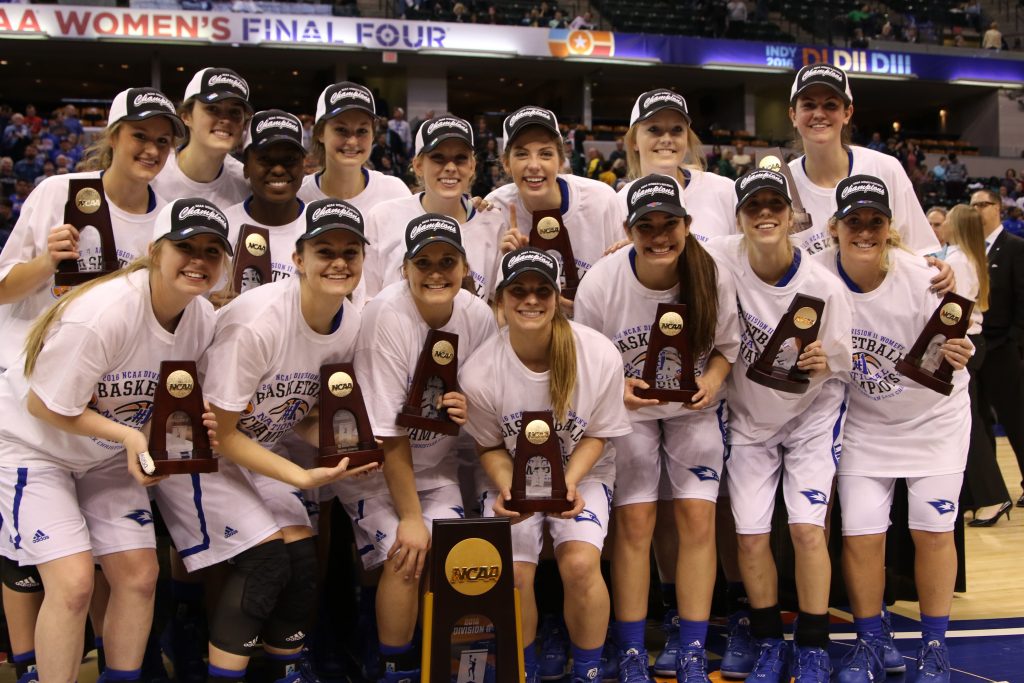 'This was a team that just achieved to its highest level,' coach Steve Gomez says.

LCU ended its season 35-0, becoming one of only three teams in Division II history to go unbeaten while winning a national championship. More remarkably, the Lady Chaparrals – who only had four games all season decided by single digits – did so in their first season of competition as a full Division II member.

“We had 15 kids committed to each other,” LCU coach Steve Gomez said. “And, you know, it doesn’t always happen this way, but this year it did, so we’re very thankful.”

Senior guard Nicole Hampton, a first-team All-America selection by the Women’s Basketball Coaches Association, posted one of the finest performances of her career against Alaska-Anchorage (38-3), flirting with a rare quadruple-double before finishing with 22 points, 13 rebounds, nine assists, seven steals and a blocked shot. She was named as the national tournament’s Most Outstanding Player. 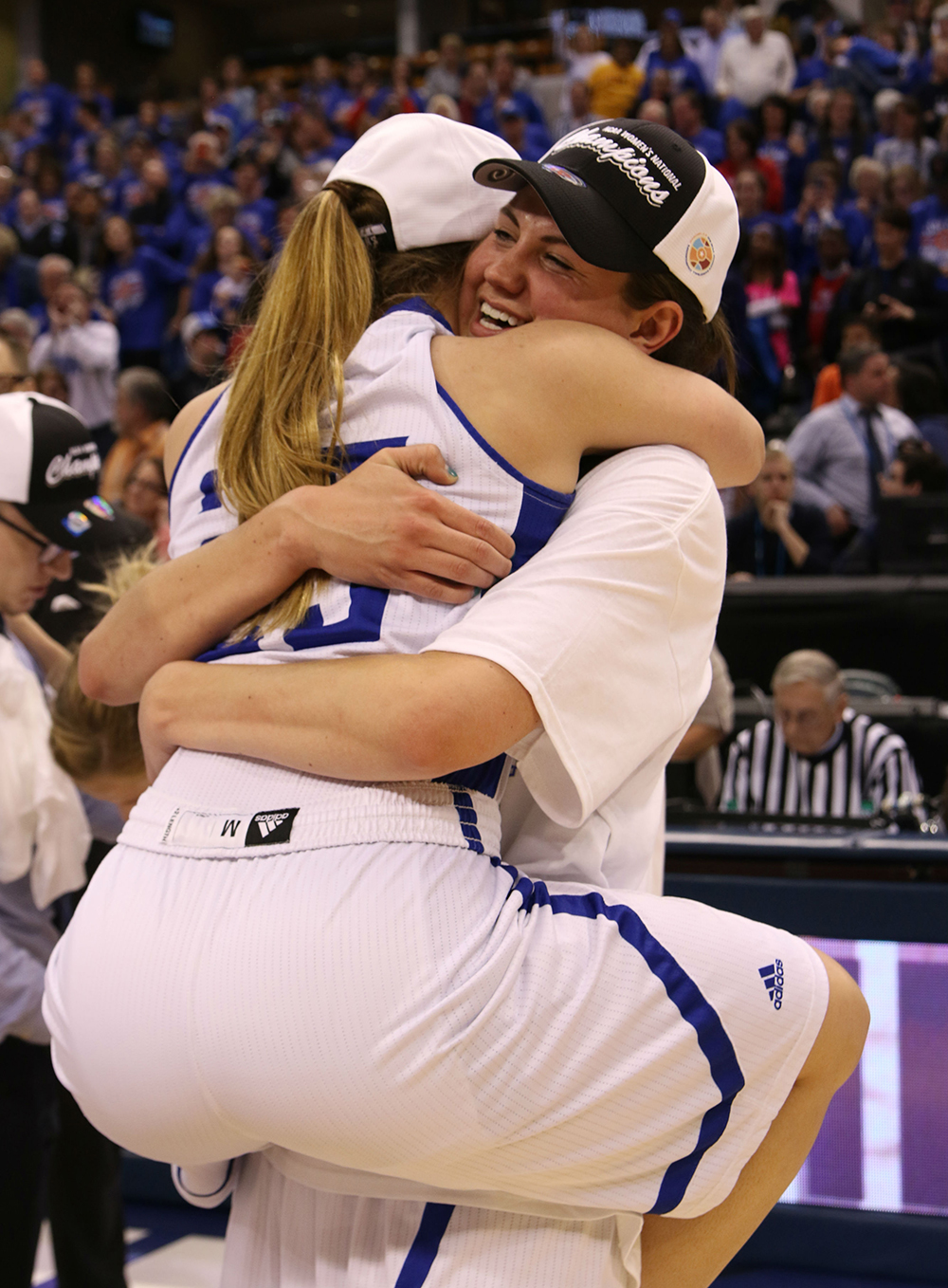 Caitlyn Buttram (back to camera) hugs teammate Kellyn Schneider after the game. (PHOTO PROVIDED BY LCU)

“This is a team that did, I think, their best,” Gomez said. “They did as good as they could. Too many times teams underachieve, and I think this was a team that just achieved to its highest level, which I think is more rare. People talk about overachieving. That’s impossible. All you can do is do the best you can do and this team did it. They did the best they could and that just takes a lot of hard work and guts.”

Lubbock Christian senior guard Nicole Hampton, a first-team All-America selection, plays against Oklahoma Christian earlier this year. (PHOTO BY STEVEN CHRISTY)The Lady Chaparrals trailed for only 37 seconds against the Seawolves. Alaska-Anchorage led 8-5 midway through the first quarter, but a jumper by Tess Bruffey and a layup by Hoppel put LCU back ahead for good.

Hampton finished as LCU’s career leader in points (1,796), assists (659), rebounds (1,053) and steals (330). She started all 130 games during her LCU career. Hoppel set a single-season LCU record with 91 3-pointers and Kellyn Schneider blocked five Alaska-Anchorage shots, raising her career total to 204 in just two seasons with the Lady Chaparrals.