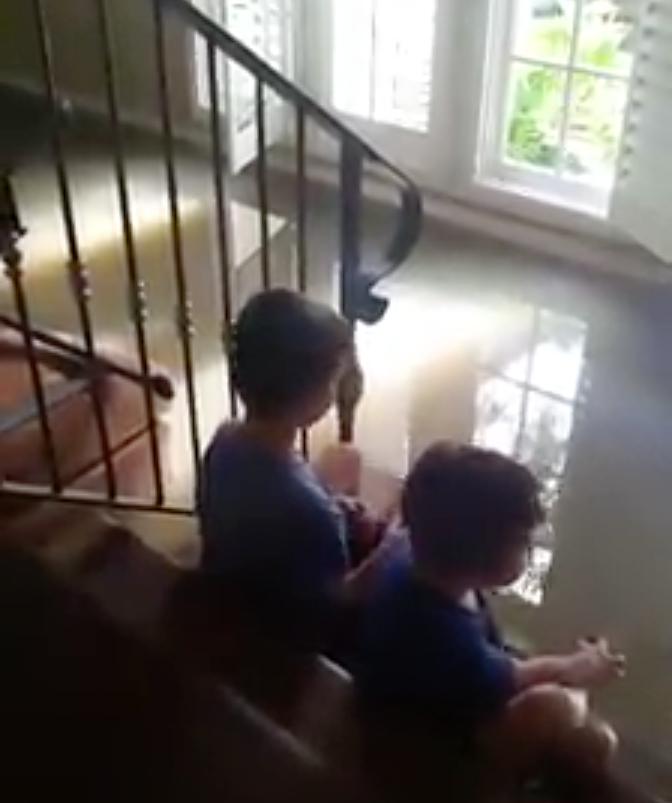 Louisiana church members begin task of cleaning up after floods

Residents in Louisiana say it's heartbreaking to see the damage left behind as the flood waters begin to recede.
Chellie Ison
“All the neighbors said it will be fine. We’ve never had water here,” Melanie Chelette, a member of the Goodwood Church of Christ in Baton Rouge, La., told The Christian Chronicle.By The Numbers:
-20 parishes declared a major disaster by federal government.
–Gov. John Bel Edwards says the flooding is “breaking every record.”
–Red Cross shelters housing 7,000 people.
-Red Cross officials say this is the worst damage to hit the US since Superstorm Sandy.
-FEMA now accepting applications for assistance. For more information go to disasterassistance.gov

But it wasn’t fine.

Despite everyone in the neighborhood saying the water would never reach them, it did.

Saturday afternoon Chelette, her husband and two sons watched as floodwaters started slowing flowing through the front door. Video: Chelette’s sons watch the water cover the first floor.
The family moved what they could to the second floor of the home, trying to save as much as possible. 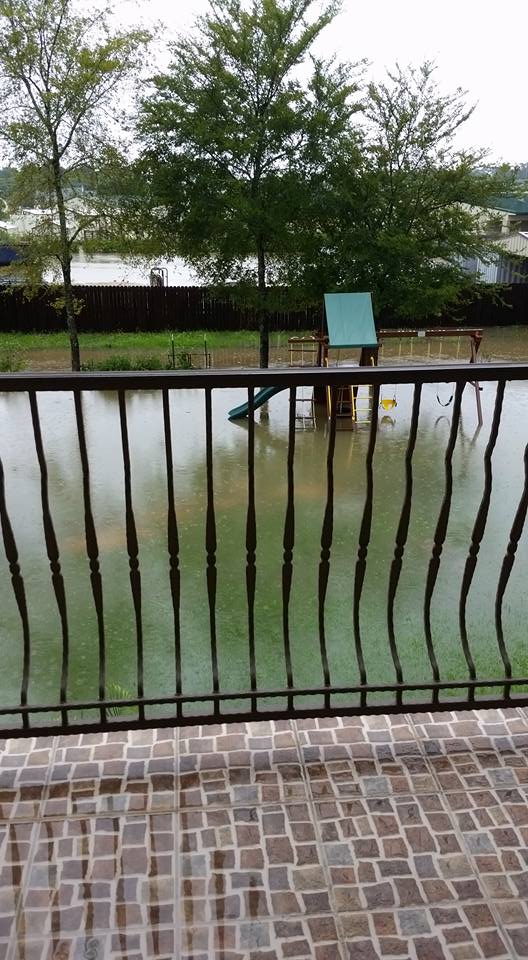 Flood water covers the backyard at the Chelette home Saturday. (PHOTO BY MELANIE CHELETTE)
By 4 p.m. they knew they had to leave.

A friend came to get them — in a boat, pulling into their driveway. They left not knowing what would happen to their home.

It was Tuesday morning before the Chelettes were able to get back into their neighborhood.

The water line was about two-feet high on the walls inside their home. Dirt and debris covers everything.

It’s not just their home that’s damaged. Both of their children’s schools were flooded, with water levels reaching 10 to 12 feet high.

As they work to clean out their home the Chelettes will be staying somewhere else.

Hadley is the minister for the South Baton Rouge Church of Christ. He said much of the area is still without power, and likely will be for a while.

As many as 75 church members at the South Baton Rouge congregation are dealing with some damage from the flood, Hadley said. While some only have minor water damage, others have lost everything.

Water still covers many streets in town, he said. Some areas are starting to see the water go down but are now forced to deal with the damage left behind. Washed out roads and flooded homes are everywhere.

Even with so much destruction, there are bright spots, the minister said.

“Although there’s a lot of sadness — this may just be my experience — but people are being really kind and generous and gracious toward each other,” Hadley said. “It kind of brings out a deep joy. We’re sad and heartbroken, but at the same time (we’re) seeing the way everyone is working together to pull through. It’s a powerful and beautiful thing,” Hadley said.

Fellow church members are organizing to help the Chelettes and other victims of the floods.

Disaster Assistance Mission, a church-supported ministry, is setting up in Baton Rouge this week at the Goodwood Church of Christ’s building.

Other relief groups, including Christian Relief Fund and Churches of Christ Disaster Response Team, are raising funds to help in recovery efforts.

Churches of Christ Disaster Relief Effort, Inc. is also working to help those impacted by the flooding.

The White’s Ferry Road Church of Christ Relief Ministry is also in the area helping victims of the flood.