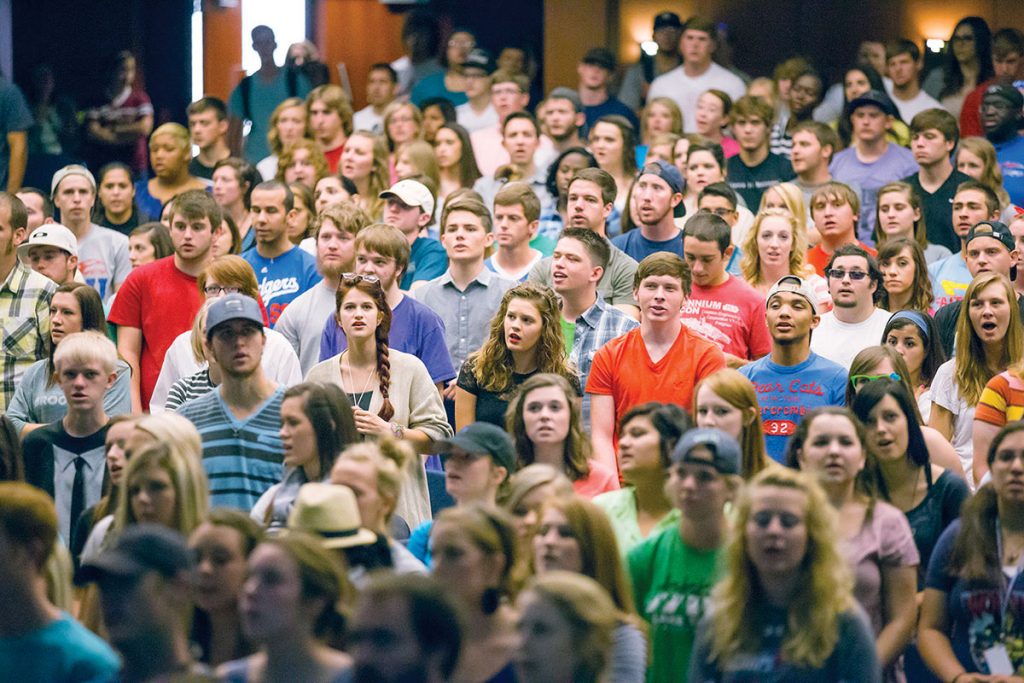 Harding, Freed-Hardeman and Oklahoma Christian all make Facebook top 25 list for both men and women looking to marry.

Did you meet your husband or wife at a Christian university?

If so, you’re not alone.

The 12 schools that appear on both lists: They’re all Christian colleges.


The Jackson Sun in Tennessee interviewed former Freed-Hardeman students about the findings:

For several Freed-Hardeman alumni, the study results are not surprising. Chris Kidwell, a recent graduate and newlywed, said, “I suppose I’m proof of the veracity of this article. This is the least surprising thing I have read today.”

Kristi Montague, who is an FHU graduate and employee, agreed with Kidwell’s lack of surprise.

“I would believe it,” she said. “The summer I married Brad (right after we both graduated from FHU), we attended or were in no less than eight weddings that summer — all FHU couples. We actually had 11 weddings we were invited to that summer, but the other three were the same weekend as weddings we attended.”

My wife found me @okchristian. Please don’t hold that against a fine Christian university.


Reader feedback: Where’d you meet your future husband or wife? Did a Christian university play a role in your romance and, if so, how?