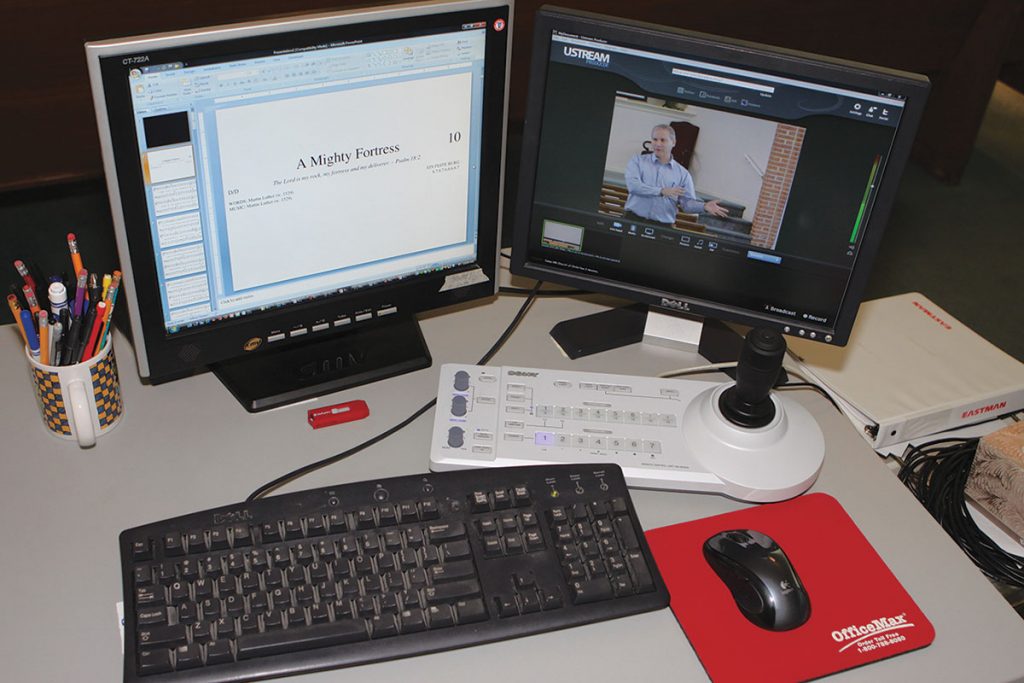 Live on the Internet: Sunday worship

Bobby Ross Jr.
Editor-in-Chief
No longer must Christians working in the Alaska North Slope oil fields miss Sunday services at the Anchorage Church of Christ, even though it’s hundreds of miles away.
In central Pennsylvania, residents of the Golden Living retirement center don’t need to leave the premises — or their wheelchairs — to witness the sermon at the Camp Hill Church of Christ.
In Russia, 20-year-old Elizabeth Kambonde, a student from the southern Africa nation of Namibia, can’t find a church home, so she sings along with a congregation around the globe — the Northside Church of Christ in Benton, Ark.
In an age of digital Bible apps, electronic tithing and sermon notes posted immediately to Twitter, Churches of Christ increasingly broadcast their Sunday assemblies on the Internet.
Live-streaming, it’s called.
“The streaming is quite consistent, so we worship in sync,” Kambonde said, “and that is an amazing experience.”
The Anchorage church invested in a high-definition camera to provide a “real-time connection” to homebound and ill members, elder Darrell Watson said. 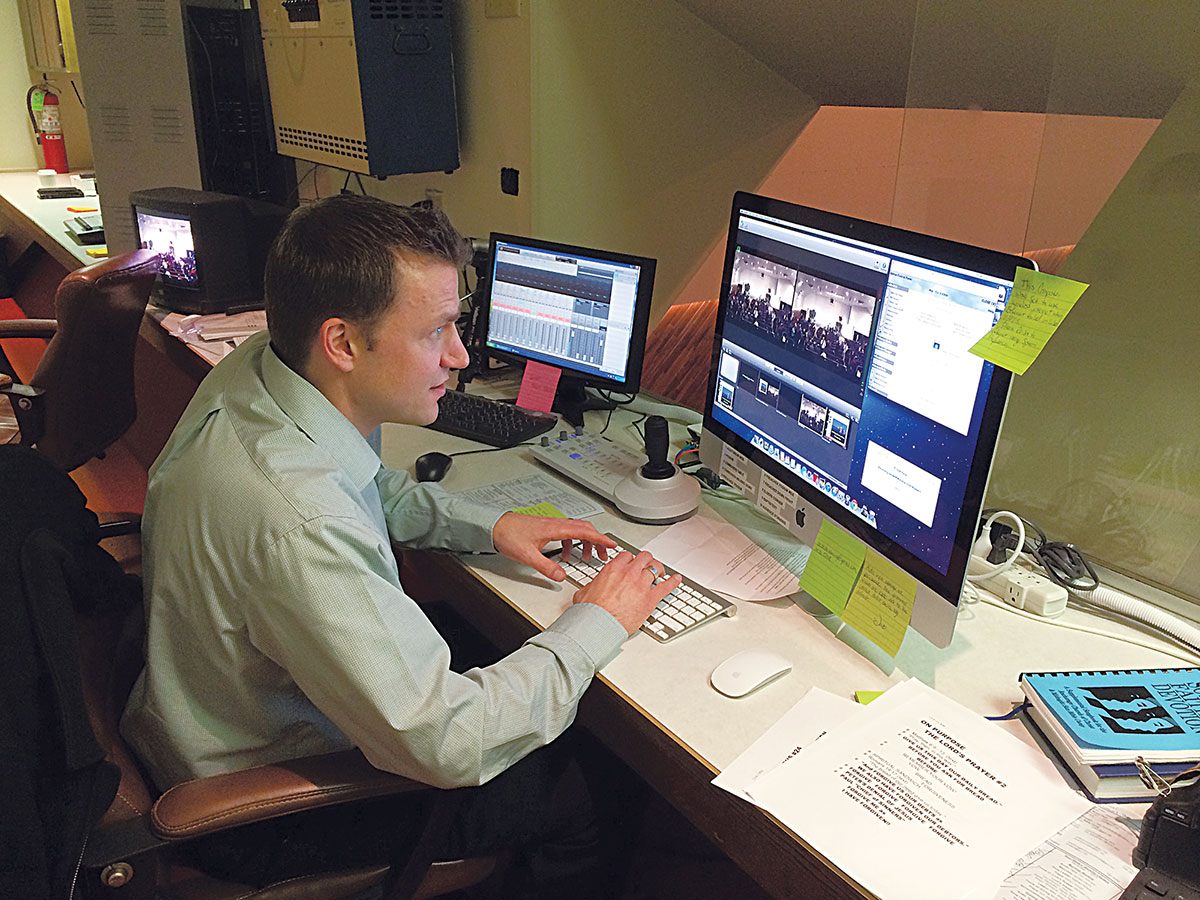 Member Beau Wood helps with the technical side of live-streaming assemblies of the Anchorage Church of Christ in Alaska. The Internet broadcasts serve shut-in members as well as out-of-town Christians. (PHOTO BY JACOB SEE)

A 2011 study, “Virtually Religious: Technology and Internet Use in American Congregations,” found that religious congregations’ use of websites and email more than doubled in the previous decade.
Newer forms of technology such as Facebook, blogs, texting and streaming were less prevalent but “nevertheless beginning to transform the ways religious groups interact and enhance their sense of community,” the study determined.
“All faith groups in this day and age should be hybrid congregations,” wrote researcher Scott Thumma, who prepared the study for the Hartford Institute for Religion Research in Connecticut. “In other words, their ministry needs to be part physical and part virtual.

All faith groups in this day and age should be hybrid congregations. In other words, their ministry needs to be part physical and part virtual. Scott Thumma
“Nearly every congregation has members who interact with these technologies in their daily lives,” Thumma added. “Religious leaders who recognize this and employ these technologies to connect with and minister to their congregational members have a distinct advantage.”
At the time of the study, about 3 percent of all churches offered live-streaming, with larger congregations more likely to do so, Thumma told The Christian Chronicle.
“I don’t have any more current national data, and I don’t think any research center does either,” he said. “But the trend is definitely increasing, and a larger number of smaller churches are doing it.”
Away at boarding school in Virginia, Sarah Keyton’s teenage granddaughter uses her computer to access the Bouldercrest Church of Christ in 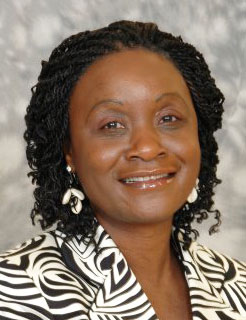 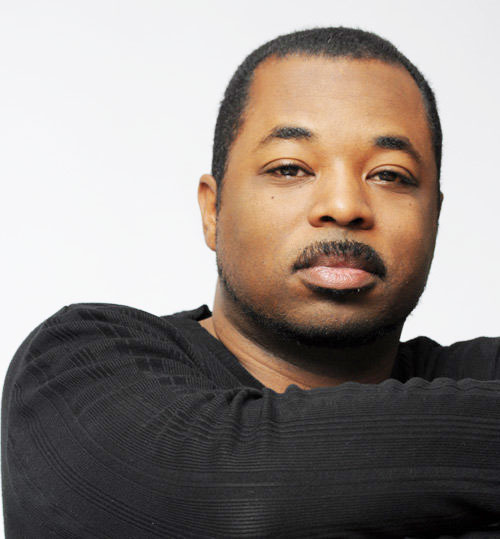 Hammond Burkethe church needs to deal with you in a different way,” said Burke, a member of the Central Pointe Church of Christ in Dallas.
The Newburgh Church of Christ in Indiana has live-streamed services for years, never worrying about members opting for online worship over actual attendance, elder Tracy Hayford said.
“Our emphasis on family and fellowship has helped us not to worry about that,” Hayford said.
“The only real concern we’ve ever had was people not wanting the response to an invitation or other ‘private’ things streamed,” he added. “We stop the streaming as soon as the invitation song is started.”
While live-streaming serves shut-ins, out-of-town members and isolated Christians, Burke points to an even bigger potential benefit: sharing Jesus with lost people.
For a 21st century seeker, the opportunity to acquaint oneself with a church virtually before ever entering a physical building is a giant plus, he said.
“It takes away a lot of the anxiety and mystery about what goes on in church for those who’ve never been,” Burke said.
The Anchorage church has embraced that idea, producing informational business cards for members to pass out to friends and neighbors.
The message on the cards: “Watch us from home — then come meet us.”