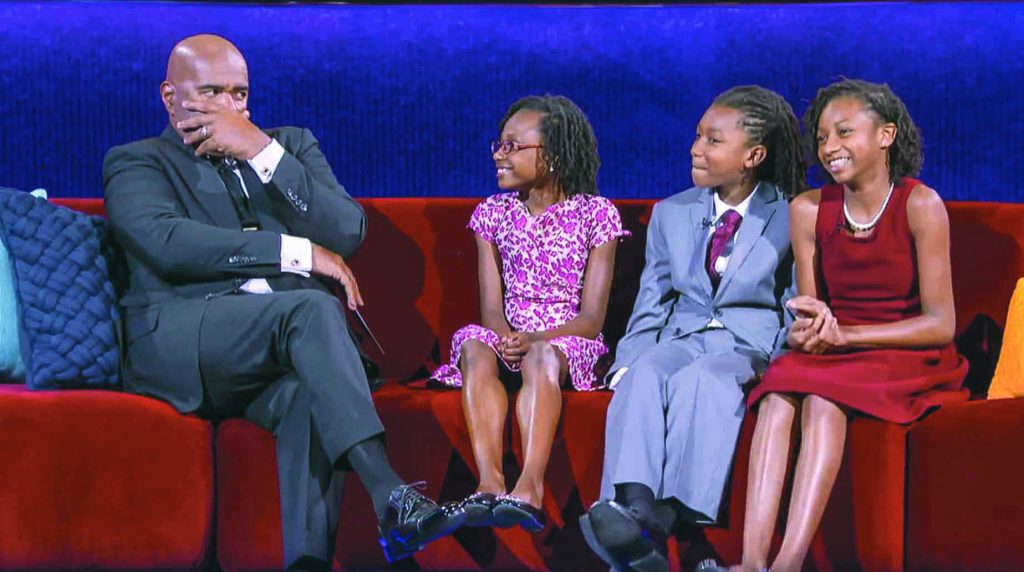 Little voices get Big Shot in the spotlight

Three siblings, church members, from Georgia take the stage on NBC's "Little Big Shots."
Chellie Ison
Their personalities and charm made them lovable, but it was their voices that shot the Johnson kids — Nya, Kaden and Brooklynn — into the spotlight.

The three siblings wowed the world with their voices earlier this summer when they appeared on the NBC show “Little Big Shots.”

The Johnson Family (PHOTO PROVIDED)The entire Johnson family, including mom Alisha, dad Frank and two younger siblings who didn’t appear on the show — Braylen, 6, and Laila, 4 — performs together at venues all across the South.

The Johnson kids first auditioned for the show in March of 2016. They talked with producers several times, and sent in multiple videos, but they were eventually told they did not make the show.

A few weeks later, they posted a video on Facebook thanking those who had supported them through the audition process. In that video, they performed an a cappella rendition of The Temptations’ 1964 hit “My Girl.”

“That just happened to be one of Steve Harvey’s favorite songs,” Frank Johnson said. When Harvey himself shared the video, “that put us on the rollercoaster going back up.”

The producers of the show called them back, and within a month, they were flying from Georgia to Los Angeles to appear on the show.

“It was surreal,” their mother said of the experience. “We did a lot of work to get there. And then, to be disappointed and hear they didn’t make it — and then for things to turn around so quickly, we just couldn’t believe that it was happening.”

Nya Johnson, 13, and her brother Kaden, 11, said it was like a dream come true for all of them to meet Steve Harvey. 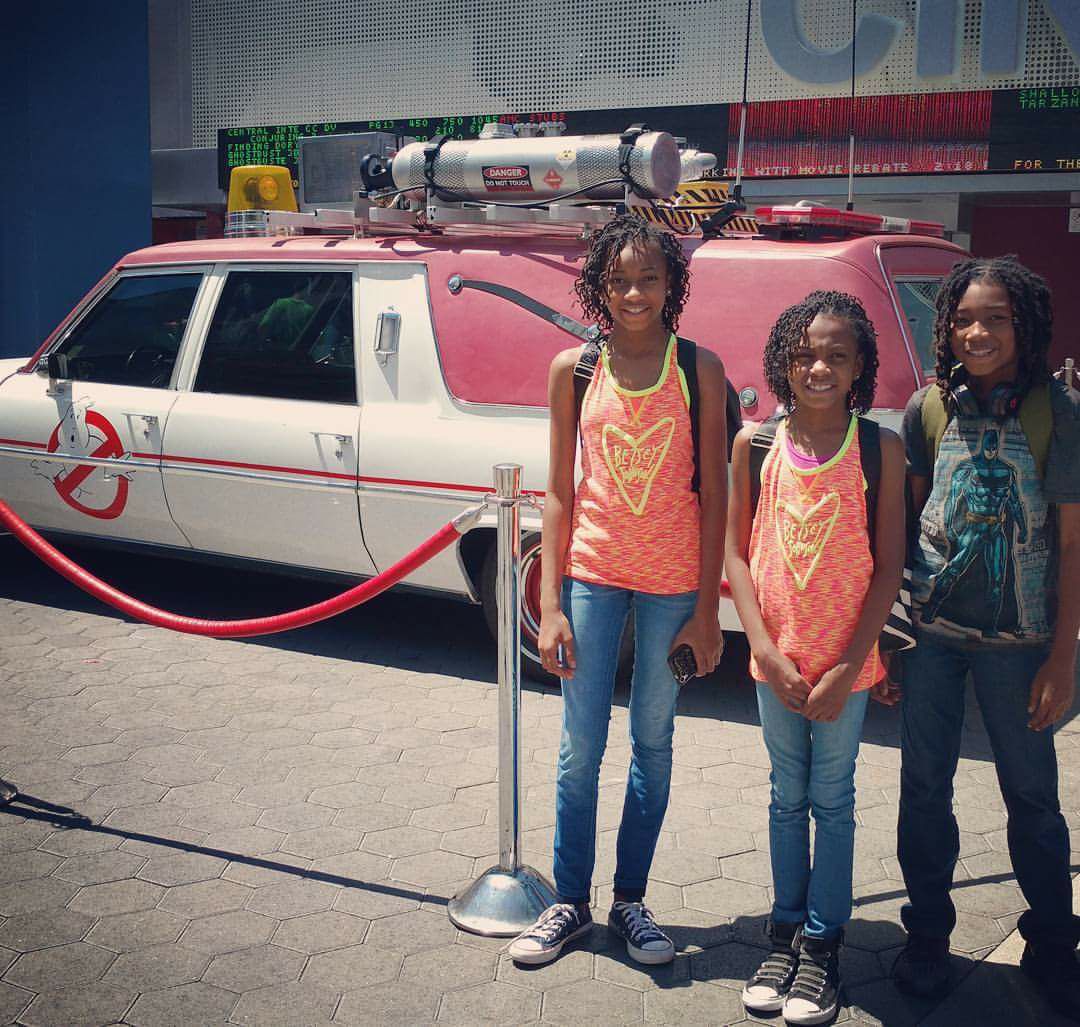 Nya, Brooklyn and Kaden Johnson pose for a photo during their trip to Los Angeles, where they appeared on NBC’s “Little Big Shots.” (PHOTO PROVIDED)

“We’re used to watching him on TV and him making us laugh, but to be close to him and interact with him in person, it was really fun,” Nya said.

There were a lot of giggles as the kids talked with Steve Harvey during the interview portion of the show. The kids told the comedian they had written a short ditty for him. (The lyrics were, simply, “Hello, Mr. Steve,” sung in three-part harmony.) They invited Harvey to add some bass to the song, and his attempt set off waves of laughter.

“It was really funny because he was on a wrong note,” Brooklynn said.

The Johnson kids then took the stage on their own, singing “My Girl.”

“I think the highlight of that whole experience was how well they were able to handle the spotlight,” their father said. 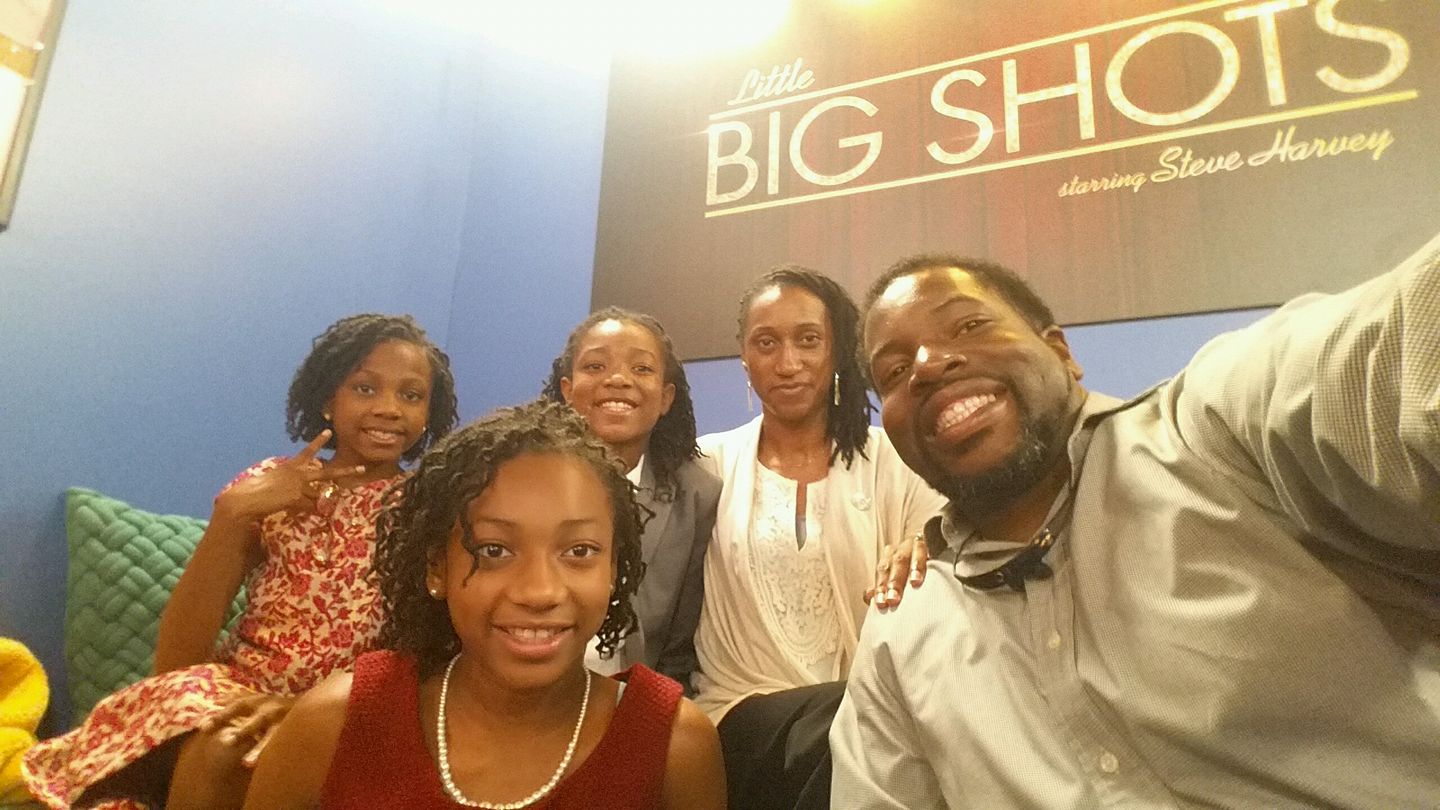 Harvey, who also hosts talk shows and game shows including “Family Feud,” talks openly with his audiences about taking leaps of faith and the importance of using one’s God-given gifts. Moments before the kids performed, he spoke directly to Frank and Alisha, the parents said, telling them they had done a great job raising their children.

While it was a whirlwind experience getting to the show, the months after seemed to drag on and on. The family wasn’t supposed to tell anyone that they would be featured on “Little Big Shots,” so they watched every episode, waiting. 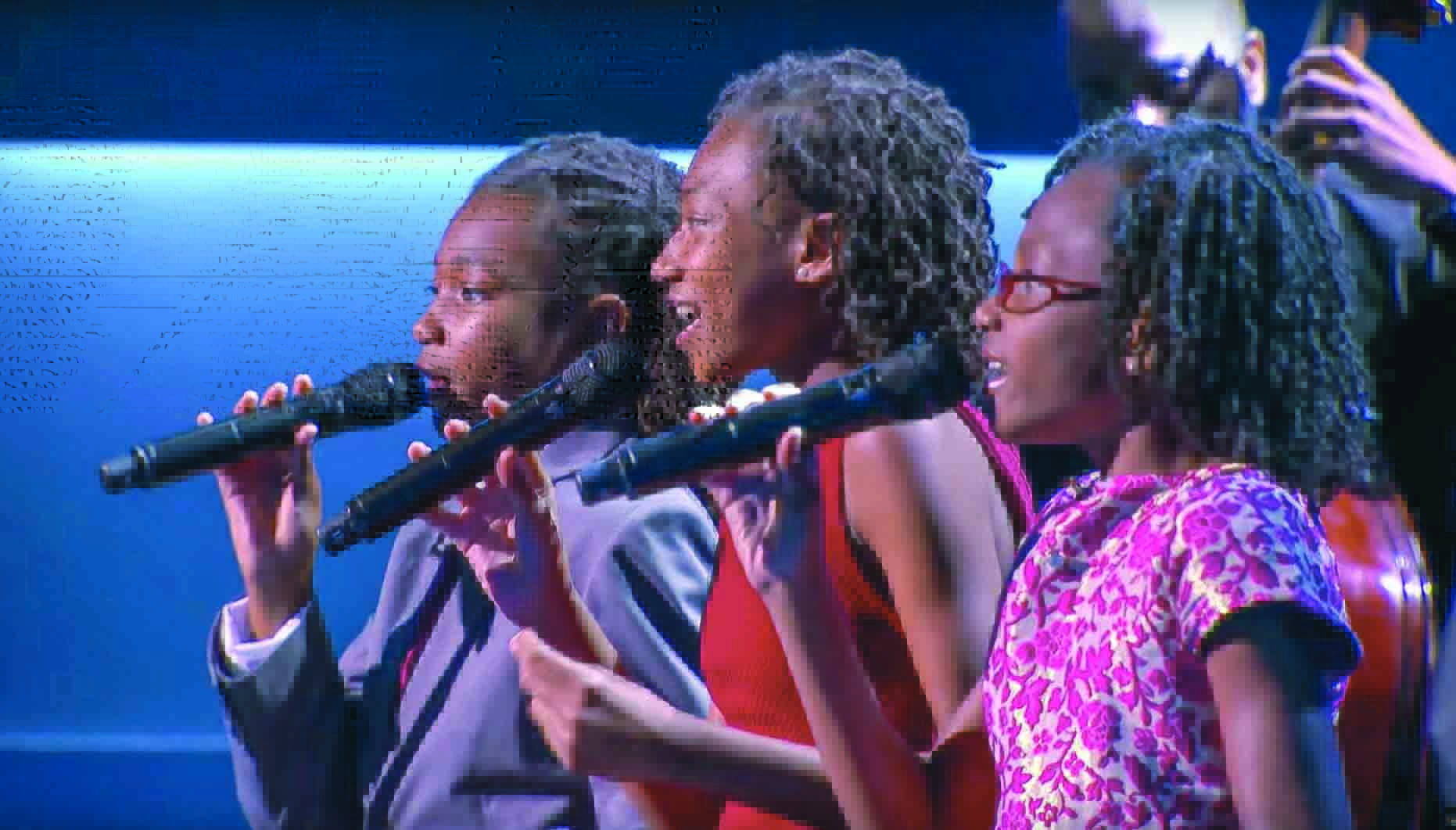 “The world was able to see what we’ve been seeing in our kids all along, which is the spirit of God,” Frank Johnson said.

His wife added, “We’re definitely proud of them and the accomplishments they’ve made. They take their character along with them, and we’re proud of that.”

Check out the videos below to see the songs The Johnson Family sang for us during our interview. And be sure to check out the family’s Facebook page for more videos.