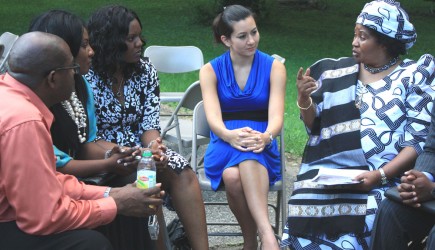 ‘Listen to what we have to say,’ Malawi’s vice president urges Christians

Erik Tryggestad
INDIANAPOLIS — Standing before a banquet room of Christians, Joyce Banda shared one of her favorite Bible stories — the feeding of the 5,000.
It’s a subject close to the heart of the vice president of Malawi, a slender, landlocked country in southern Africa. Working with non-governmental organizations and church groups, she has helped increase crop yields and nourish thousands of souls in her impoverished homeland.
She traveled to the U.S. to speak in Washington and New York. But she also came to meet a group of people she called “our new family.”
“I made up my mind that, no matter what, I was going to … end up in Indianapolis, specifically to say thank you,” she said to members of the Green Valley Church of Christ.
The 340-member church, in nearby Noblesville, is a longtime supporter of The Malawi Project, a nonprofit that provides medicine, education, orphan care, agriculture and other services in Malawi.
“More than 10 percent of the congregation has been there,” said Bill Brooks, one of Green Valley’s elders. The church also plans to help launch a ministry training school 30 miles south of Malawi’s capital, Lilongwe.
Banda, a Presbyterian, told the church members that she likes the Gospel of John’s account of the miraculous feast, in which Jesus asks his apostle, Philip, “Where shall we buy bread for these people to eat?”
“He says, ‘Ay-yi-yi-yi-yi! It’s too much money. It’s too much trouble,’” Banda said, paraphrasing Philip’s response.
“He was actually discouraging Jesus from doing good,” she said. “And my brother Philip didn’t know that God was just about to bless him forever.”
Banda said improving the lives of Malawians is “a mammoth task.”
But she urged the church members not to be overwhelmed by that task.
“The God that has placed it before you will see it through,” she said, “and make sure that we achieve it together. And I want you to know that you can count on me as a partner.”
MEETING THE VICE PRESIDENT
Banda began partnering with Green Valley members Dick and Suzi Stephens about eight years ago, before she was elected Malawi’s first female vice president.
Banda oversees the Joyce Banda Foundation, which operates schools that help girls in Malawi receive an education and professional development.
Too many girls in Malawi marry in their teens and give birth to children they cannot afford to feed, she said. Some are in abusive relationships.
Encouraging girls to stay in school through age 18 makes a difference, Banda said. The vice president wants women in her country to be empowered economically and to have access to good maternal health care.
“That is what changes the wellbeing of the world,” she said.
The Stephenses have worked in Malawi since 1993. They founded The Malawi Project in 2000 to funnel humanitarian aid to various benevolence programs in the country, including medical care, orphan care and a food processing and distribution facility. Banda got to know the Stephenses through the orphan care program.
The Stephenses hosted a reception for Banda at their home. More than 200 people lined up to meet the vice president, including members of area Churches of Christ and Malawians living in the Indianapolis area.
Smart Mzumara was surprised when he got a Facebook message saying that the vice president of his homeland would be in his friends’ front yard.
Mzumara works for an insurance company and is a longtime friend of the Stephenses. He has visited the Green Valley church and said he admires the couple’s commitment to Africa.
“Whenever I call them, they’re in Malawi,” he said. The Stephens spend about three months there each year.
One of Suzi Stephens’ daughters, Cheri Griffin, said she was impressed with the vice president’s efforts to end abuse of women in her country.
“It was amazing to meet her and to see all the people who joined Mom and Dick along their journey that has become The Malawi Project,” she said.
Such visits from high government officials are rare, Dick Stephens added.
“It points out the fact that God uses his people to accomplish impossible things,” he said, “if we will only step out in faith and go all the way.”
A NEW SCHOOL FOR MALAWI
The Malawi Project has a long list of accomplishments. The nonprofit has distributed more than $150 million in medical aid and raised funds for an orphanage that houses 150 children.
Its Madalitso food processing plant at Lumbadzi, Malawi, produces meals for 85,000 people per day, Dick Stephens said.
Now church members in Indianapolis plan to launch a new ministry training facility in Malawi, partnering with Sunset International Bible Institute.
Malawi already is home to many preacher schools — and nearly 4,000 Churches of Christ. The new school will focus on training and maturing church leaders from across Malawi and bordering nations.
Priestly Nkhonjera, a longtime minister in Malawi, is training at Sunset’s campus in Lubbock, Texas, before returning to his home country to oversee the school.
Speaking to the church members, Banda thanked them for “engaging my brother Nkhonjera.”
“We respect those organizations that come and listen to what we have to say,” Banda said. Sometimes, she said, small ministries accomplish more good in Malawi than “huge organizations that come and try to do things on their own, without involving the people that know what to do.”
“I’m now talking to a converted group of brothers and sisters,” she told the church members, “and that’s why I am congratulating you most sincerely — for knowing that we matter.”
For more information, see www.malawiproject.org. 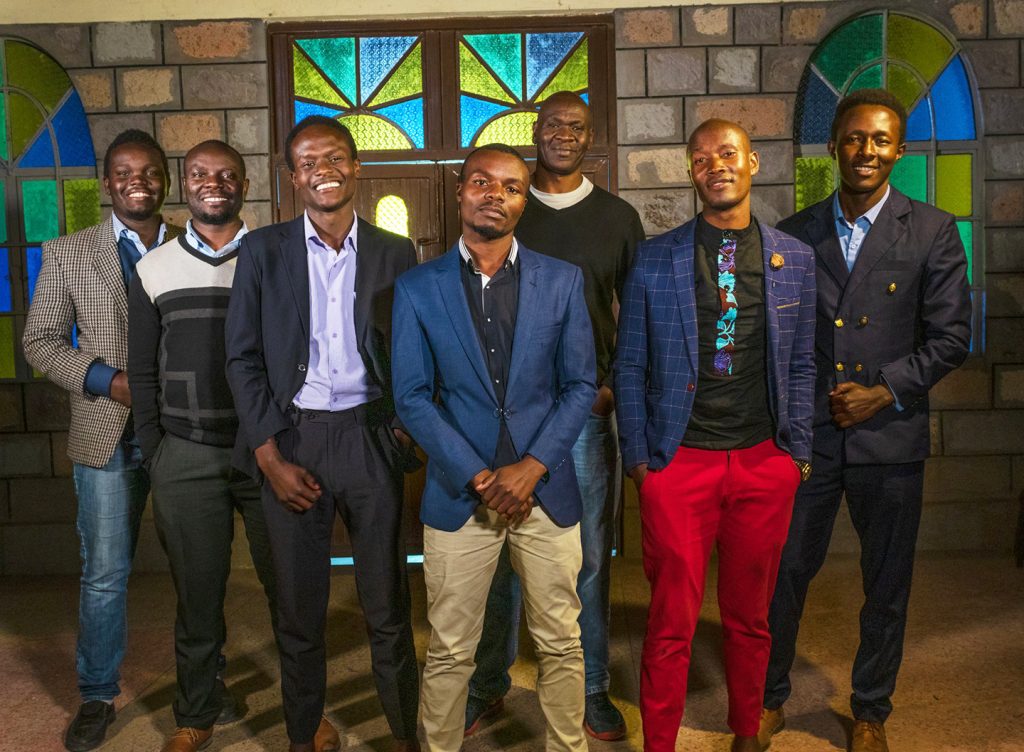