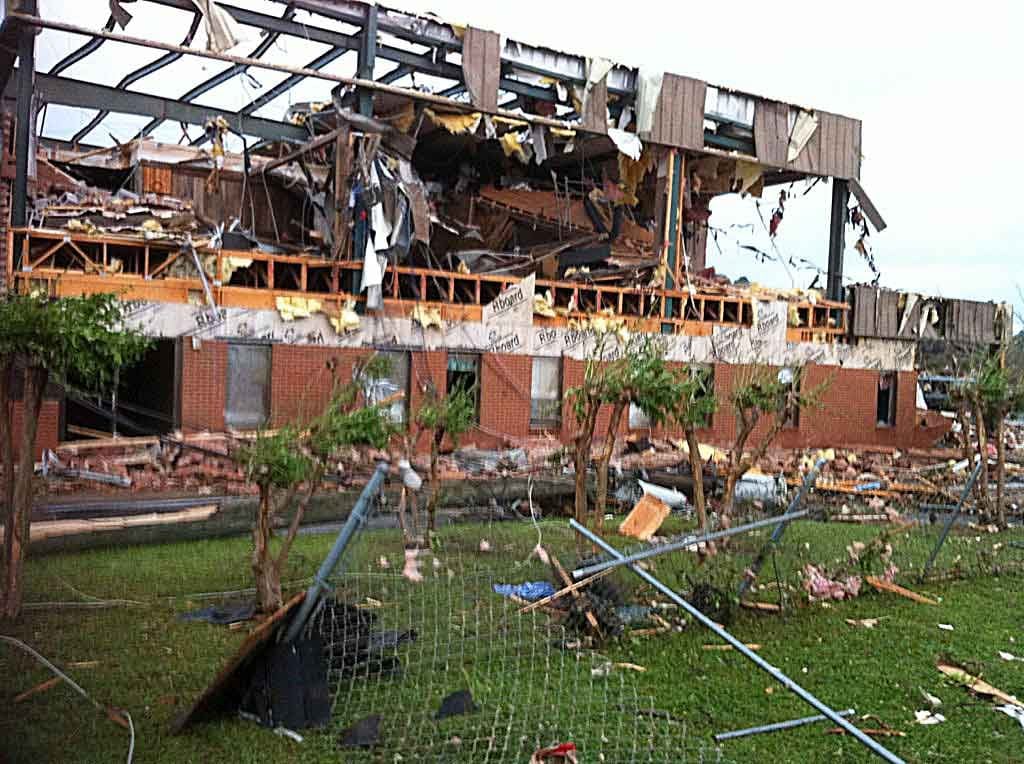 May 4 update: Correspondent Jeremy D. Smith provides a firsthand report from Tuscaloosa, Ala. Churches and ministries are launching disaster relief efforts. Church members are among the dead and injured in a small Alabama town. And one Alabama minister says, “It’s like a bomb went off for a half-mile wide.”

April 30 update: The Bethel Church of Christ building in Athens, Ala., near Huntsville also was wiped out, according to multiple sources. “The 20 people in the basement escaped unharmed,” reader Kimberley Hale Goode said.

April 29 update: We’ve posted a story on our main website about six students who survived the tornado by huddling inside the devastated Central Church of Christ building in Tuscaloosa, Ala. 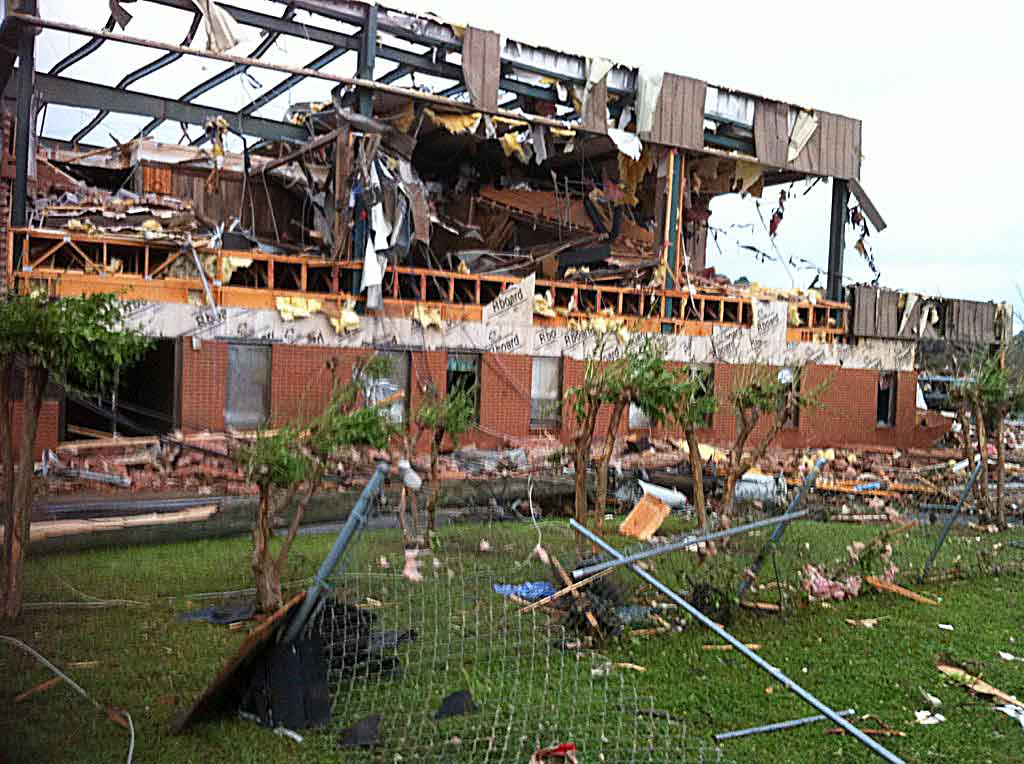 The building of the Central Church of Christ in Tuscaloosa, Ala., sustained heavy damage during a tornado. (Photo by Kathryn Champion)

The Central Church of Christ building in Tuscaloosa, Ala., was devastated by the swath of tornadoes that killed more than people in the South, according to multiple reports.
A photograph posted by Brendan Chance, youth minister of the College Church of Christ in Enterprise, Ala., shows the debris at the Central church site.
“I’ve got a lot of friends at Central, and they need all the help they can get,” Chance said.
The Christian Chronicle has been unable so far to reach Central church leaders for more details.
Chance said he received this information from Mark Jamieson, brother of Central minister Lee Jamieson: Four Central members are hospitalized with injuries not considered life-threatening, and four church families lost their homes. Mark Jamieson is the pulpit minister of the Franklin Church of Christ in Kentucky.
Shon Smith, minister of the University Church of Christ in Tuscaloosa, said in a brief telephone interview that residents are having difficulty getting calls in and out. Cable and Internet connections are down, so residents have less information in some cases than those outside Tuscaloosa, as streets are blocked with law enforcement personnel and debris, he said.
“Our church is fine,” Smith said. “Central, I’ve heard the roof was torn off, and I’ve heard it was leveled. I don’t know what the truth is.”
The Central church is a 350-member congregation, according to the latest edition of Churches of Christ in the United States.
Smith said at least one member family of the University church sustained significant property damages.
“So far, everybody I’ve talked to is good,” he said of church members. “Of course, throughout the town, there are parts that are just leveled. We’re just all trying to do our best to figure out how to jump in and help,” he said of the disaster relief effort.” 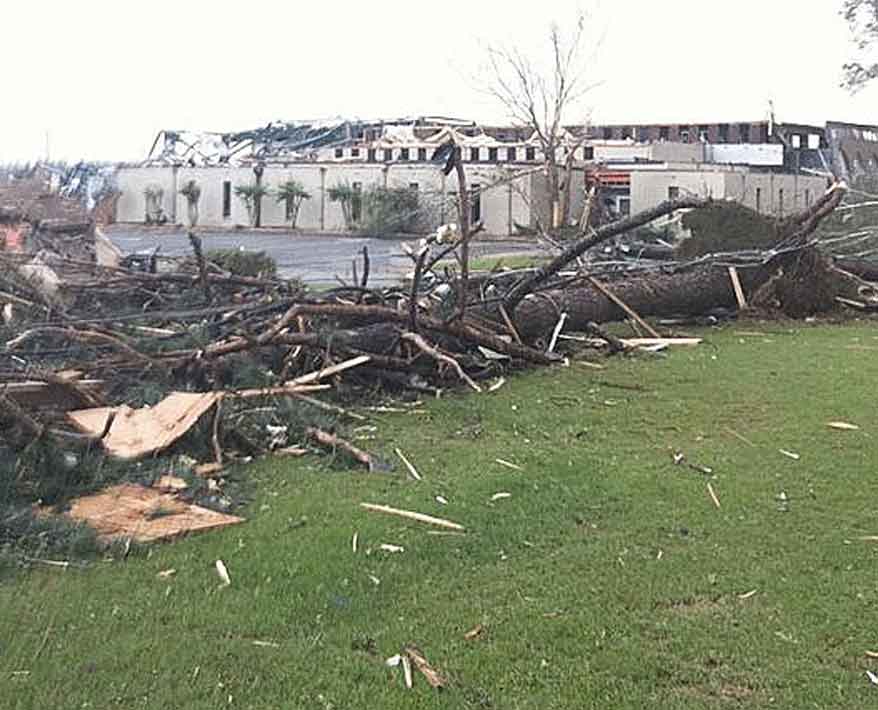 The remains of the Central Church of Christ building in Tuscaloosa, Ala. (Photo by Adam Aultman, via Brendan Chance)

If you have details on church buildings damaged, members injured or killed and relief efforts, please leave a comment. We’ll update this post as more details become available, so check back often.
httpv://www.youtube.com/watch?v=TeRBNSvPYus&feature=channel_video_title