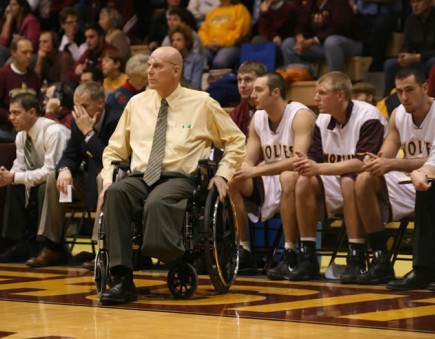 What would the inaugural Don Meyer Classic be like without, well, Don Meyer?
Meyer plans on being at Belmont’s Curb Event Center on Tuesday night when his former Northern State team plays the Bruins.
And Little Buddy’s coming, too.
“Little Buddy” is the name Meyer has given to what remains of his left leg after a horrific auto accident two years ago forced doctors to amputate the leg below the knee.

“Little Buddy’s getting stronger,” Meyer said the other day.
This provides a glimpse into the extraordinary faith and strength that has allowed Meyer to survive and thrive since the near-fatal wreck and a subsequent diagnosis of inoperable cancer. He is an inspiration.