The Jim Morris, that is.

The one whose real-life story Dennis Quaid portrayed in the 2002 Disney feature film “The Rookie.”

Mikey Weisinger, a teenager new to a Christian children’s home in Medina, Texas, about 225 miles south of Abilene, had seen the movie on cable television.

So he knew the story of Morris’ incredible journey from small-town science teacher and baseball coach to major-league pitcher.

Weisinger, sent to live at the group home because of family problems, didn’t know what to think of the man tossing baseballs back and forth. Was this a photo op for a celebrity? Or was Morris genuinely interested in him?

It didn’t take Weisinger long to figure out the answer.

“It didn’t matter that he was Jim Morris. He was just another guy,” said Weisinger, now 18 and a Schreiner College freshman studying political science.

Best, and worst, of times

He’s the king of second chances. At least that’s how Morris, 46, describes himself.

Years after injuries cut short his playing career, the high school baseball coach agreed to try out for the major leagues if his underperforming players made the playoffs. When the Reagan County Owls in Big Lake, Texas, won the district title, he kept his promise.

To the amazement of scouts, Morris threw 98 mph and signed a contract with the Tampa Bay Rays. At age 35, he made his major-league debut in September 1999, striking out the first batter he faced. He pitched in 21 games over two seasons.

But Morris’ journey didn’t end with the film’s dramatic climax.

In an interview with The Christian Chronicle, Morris talked about life after baseball, his Christian faith and his special relationship with Arms of Hope, a ministry associated with Churches of Christ that serves at-risk children and single mothers on two Texas campuses. 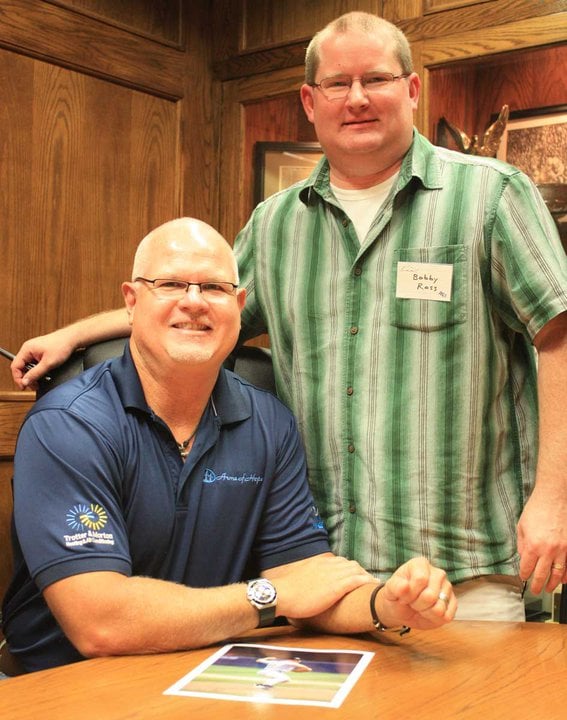 “I was going through the best time of my life with baseball while I was experiencing the worst personal stuff you could imagine,” said Morris, who visited with the Chronicle during a speaking engagement at Abilene Christian University.

Based on the movie’s heartwarming final scenes, it seemed Morris, his wife, Lorri, and their three young children would live “happily ever after.” Real life proved more complicated, though, and the couple divorced.

At spring training with the Los Angeles Dodgers in 2001, Morris said, he received a frantic call from his son.

Related: Why Detroit Tigers pitcher Daniel Norris was baptized in his baseball uniform

“And I’ll tell you, I had my Jeep packed when I went into (manager) Jim Tracy’s office, and I said, ‘I appreciate it, but I’m out of here.’ I said, ‘My kids are more important than the game.’”

After his first marriage fell apart, Morris accepted a blind date with his future wife, Shawna, a single mother and member of the Preston Road Church of Christ in Dallas.

All his life, Morris had believed in God and respected the strong Christian faith of his grandparents, he said.

But after he met Shawna and began attending the Preston Road church, his own faith grew.

More than ever, he opened his eyes — and his heart — to God’s direction, he said. He baptized his son and one of his daughters at the Preston Road church.

“Jimmy, you don’t know how ‘good’ good is until you see how ‘bad’ bad can be,” Sager replied.

Blessed by Arms of Hope

Between them, the two campuses house about 80 at-risk children in group-home settings and more than 50 single mothers and their children, said Kevin McDonald, Arms of Hope’s president and chief executive officer.

“I feel very blessed, and there is nothing that I would not do for Arms of Hope.”

Morris’ first exposure to the Christian home network came when he was hired to speak at a fund-raising event in Houston.

But as Shawna’s daughter Chelsey — adopted by Morris — dealt with bipolar disorder and ADHD, the couple grappled with how to help her.

After praying over the decision, they placed her at the Medina home.

Eighteen months at the home straightened out Chelsey’s life, her parents said. The 15-year-old returned to live with them this past May.

“I feel very blessed,” Morris said, “and there is nothing that I would not do for Arms of Hope.”

Advocate for the children

Jim and Shawna Morris moved to the Texas Hill Country to be closer to Chelsey.

The Morrises worship with the Kerrville Church of Christ, the congregation attended by children from Medina.

In addition, the couple takes advantage of opportunities to volunteer and interact with the children and single mothers.

They praise the work of campus minister Troy Robertson, who frequently baptizes residents. 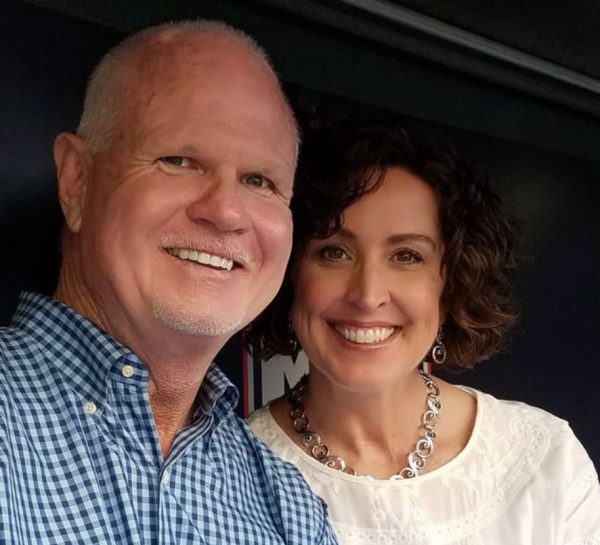 “I’ve met so many wonderful kids,” Morris said. “There’s a kid, Sam, who did not trust me at first and was very standoffish.”

But over time, Sam warmed up to Morris.

“I am the king of second chances. All of us are — Jesus died for all of our sins.”

“And this is a kid that got taken off the streets and brought in, and he leads devotionals when Troy is not there. These are kids that need that second chance,” he added.

“And I am the king of second chances. All of us are — Jesus died for all of our sins. And so to look back and see what God has done in my life … I can look at these kids and see that they’re going to have a new start. All they have to do is grasp it.”

“So they’re kind of our surrogate kids because we want to see them and keep up with them, and we go to football games and basketball games and watch their sports,” Shawna said.

McDonald left a high-paying corporate attorney position to take over Arms of Hope.

He said Morris’ association with the ministry gives it instant credibility.

“It helps raise awareness of an issue that is so overwhelming in our society today,” McDonald said, citing the prevalence of children born to single mothers and living in poverty.

“The problem is that when we all live in our nice neighborhoods and drive our nice cars and go to our nice church buildings, we don’t see that. … The value of having someone like Jim Morris involved with our organization is that Jim understands these facts, he’s met these children, these mothers … and they have no bigger advocate than him.”

Beyond the final credits

The Jim Morris, that is.

Weisinger, now living in young-adult transitional housing at the Medina home, sees Morris at church each Sunday. If he has a problem or concern, he said, he knows he can call Morris and his wife.

To Weisinger, Morris isn’t just a former major-leaguer. He’s a mentor and friend.
He’s a brother in Christ.

“Honestly, he’s been a great blessing to us,” said Weisinger, who received an autographed baseball as part of his high school graduation gift from Morris. “Every time there’s an event, he’s there, and he’s passionate about it.”

Have you ever felt called to do something? Life can take you in a lot of different directions, but when you discover what you were meant to do, things get really simple. Seek what gives you purpose! #therookie #moviequotes #dreammakers pic.twitter.com/hWl6G5Maen

The movie didn’t tell the full story of “The Rookie.” Beyond the final credits, God keeps writing more remarkable scenes.

“If I don’t follow God’s lead every step of the way,” Morris said, “I’m not married to Shawna, I’m not hooked up with Arms of Hope, and I don’t have the friends that I have.

“And it’s because I finally listened to what God was telling me.”