Las Vegas-area Churches of Christ are praying for their community and accounting for members after at least 58 people were killed in the worst mass shooting in modern U.S. history.

“It’s just really a tragic thing to happen,” said J.B. Myers, minister and elder of the Bright Angel Church of Christ in Las Vegas. “But as far as I know right now, we don’t have anybody — and I’m sure I’d know it by now — that was at that concert.” 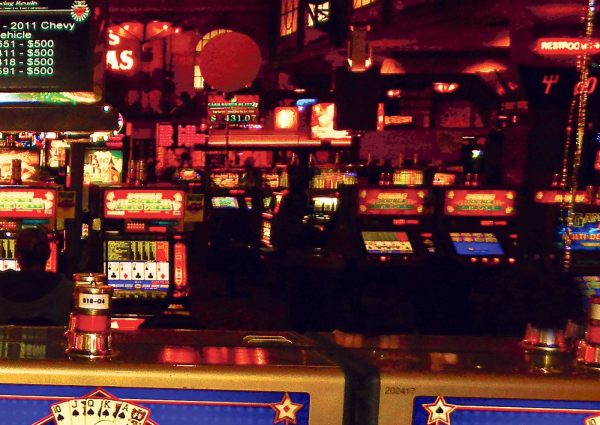 Robinson also did not know of any members directly affected. But she said her son, Tedrick Rogers, works at the 44-story Mandalay Bay Hotel and Casino, where the shooting occurred.

According to The Associated Press, a gunman on the 32nd floor of the hotel-casino rained heavy fire down on a crowd of over 22,000 at an outdoor country music festival. Besides those dead, at least 527 others were wounded.

“All of a sudden, he said they just heard gunshots, and people were running and screaming.”

Robinson said she was relaxing at home after attending Sunday night worship when her son texted his sister, Rakka Robinson, to say he was OK.

Only after receiving the text — which at first confused the family — did they learn of the shooting.

“My son was in his restaurant office doing his paperwork so he could leave,” Tressie Robinson said. “All of a sudden, he said they just heard gunshots, and people were running and screaming.”

When she talked with him on the phone, she thanked God that he was alive: “I just said, ‘Lord, thank you, Jesus.'”

Mike Cope, senior minister for the Golf Course Road Church of Christ in Midland, Texas, posted on Facebook that he was in Las Vegas this weekend for a John Fogerty concert.

“I ran past Mandalay Bay yesterday (Sunday) before we left,” Cope said. “Such a tragedy.”

We were in Vegas this weekend to hear John Fogerty. I ran past Mandalay Bay yesterday before we left. Such a tragedy.