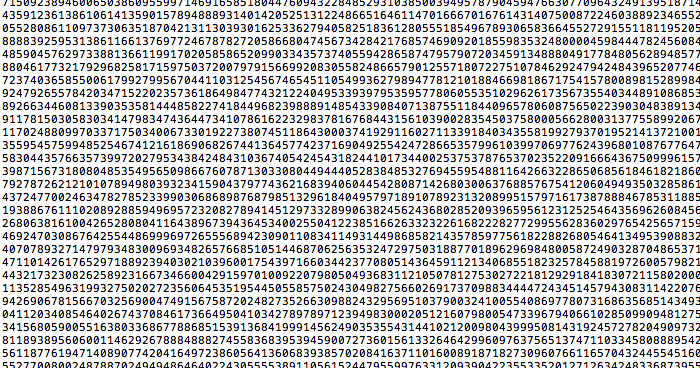 National
A portion of the largest-known prime number from Mersenne.org
Print
Share:

Recently, a Tennessee church deacon made a discovery that’s a pretty big deal.

How big? Well, it’s a number that’s 23,249,425 digits long. That’s as many letters as you’ll find in seven entire copies of the King James Bible — with enough letters left over to get from Genesis to about four-fifths of the way through Psalms.

It’s so big that, if copied and pasted here, it would likely take this page a significant amount of time to load and would potentially not fit on the page, since there are no spaces included, according to The Christian Chronicle’s web developers. (Here it is in a downloadable format, if you want to see it. It is a large file. M77232917)

The number was calculated by a computer program running in the offices of the Germantown Church of Christ in Tennessee. For the deacon who installed the program, Jon Pace, the discovery was the culmination of a 14-year quest for previously unknown prime numbers. 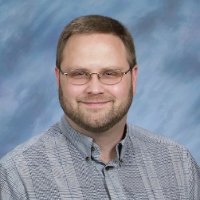 “I printed it,” Pace told the Chronicle. “It took a while.”

“It’s really cool,” Pace said of the discovery. “I go from being in the et al credits to being the first named person on the certificate.”

That would be the certificate of the Great Internet Mersenne Prime Search, a global community of numeric enthusiasts who use computers to calculate Mersenne prime numbers. These numbers — named after Marin Mersenne, a 17th century French friar who studied them — are expressed as one less than a power of two.

For example, to calculate the number Pace found, you’d have to multiply the number 2 by itself 77,232,917 times and then subtract 1.

So … It turns out I know the guy who discovered the latest prime number. This is a big deal. It’s the first one found…

Pace, who serves as administrator for the Germantown church’s computer network and is a finance manager for FedEx, got interested in the Prime Search project after he read a 2003 article about the finding of the 40th sequential Mersenne prime number. He downloaded and installed the Marsenne software on his personal computer and began searching for the next big prime number.

In the following years, he added the software to his family’s other computers — and computers at the church building.

But wouldn’t that much calculating bog down the church computers, disrupting the congregation’s accounting software or — even worse — freezing the Sunday worship PowerPoint in the middle of “Count Your Many Blessings?”

“It’s completely invisible,” he said of the Mersenne program. “It has lower priority than a screen saver. It’s beautifully engineered.”

On the day after Christmas, Pace received an email from the head of the company that owns the Mersenne software. One of the church computers had discovered a number that, after six days of computations, was confirmed as the 50th Mersenne prime number. At least four other computer programs have since checked and verified the discovery, Pace said. The search project gave the number the designation M77232917.

The church deacon said he’s a little shocked by his newfound fame. News outlets across the country, including National Public Radio, have contacted him about the discovery. He was even featured on a TV program in Brazil. 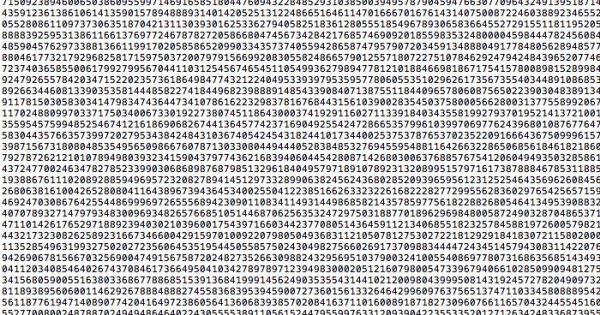 A portion of the more than 23 million digits in the newly discovered prime number.

Carol Porter, a fellow member of the Germantown church, described Pace as a hardworking servant who makes sure the congregation’s computer network functions properly and troubleshoots any problems.

“Jon is a very humble guy and just as sweet as can be,” Porter told the Chronicle. 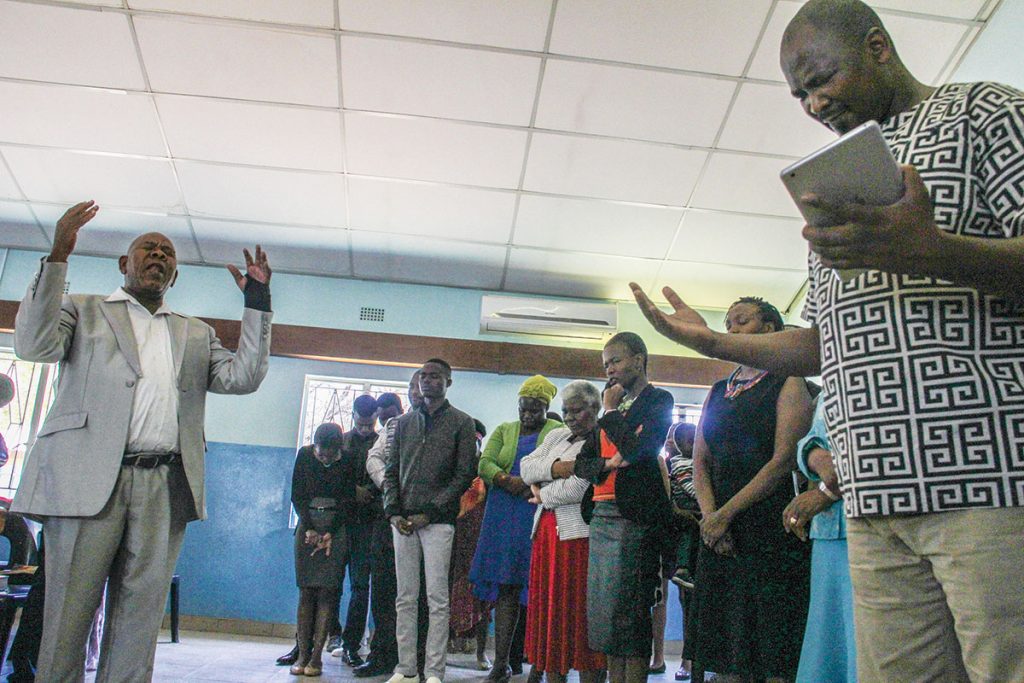 One Sunday in Botswana