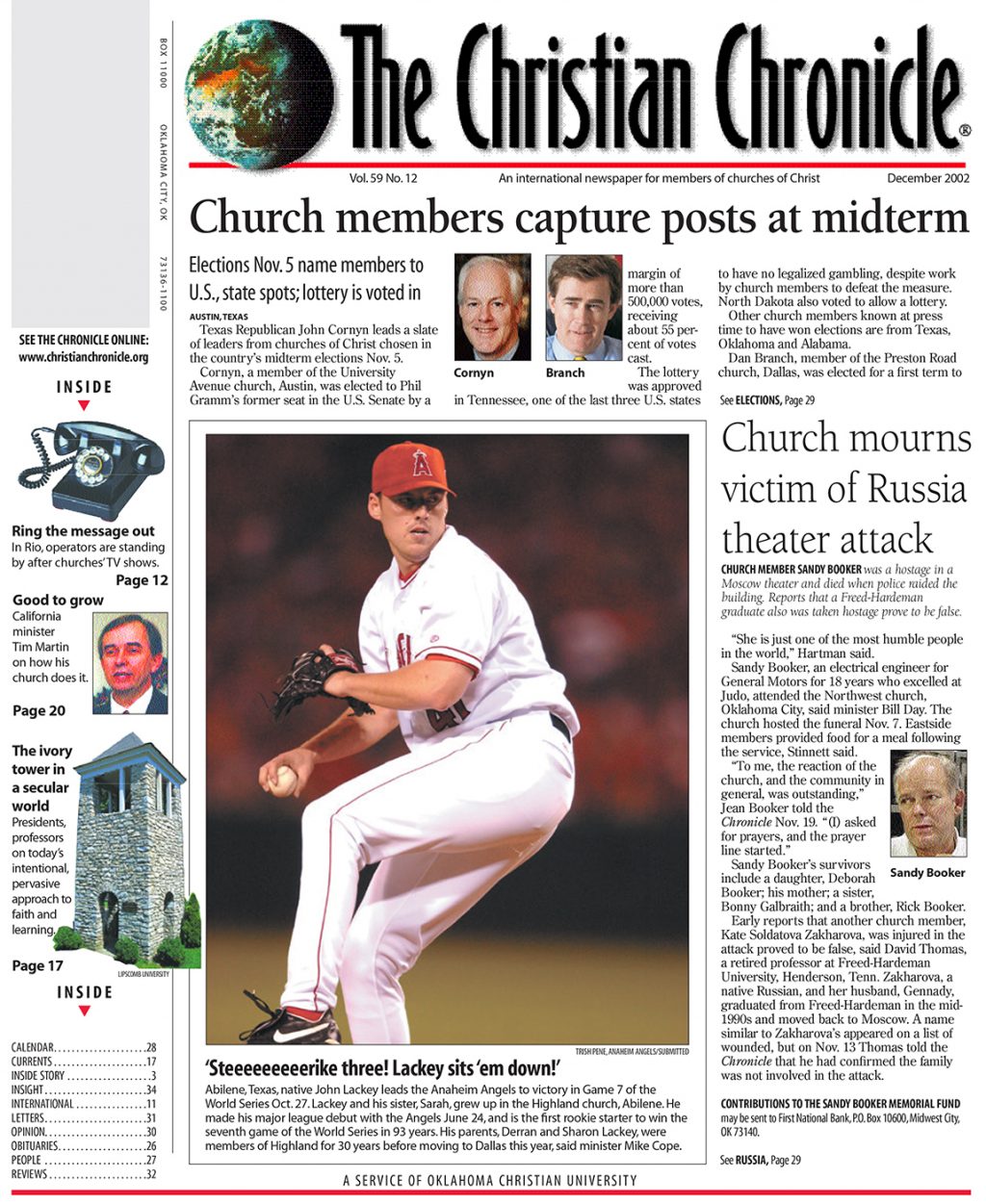 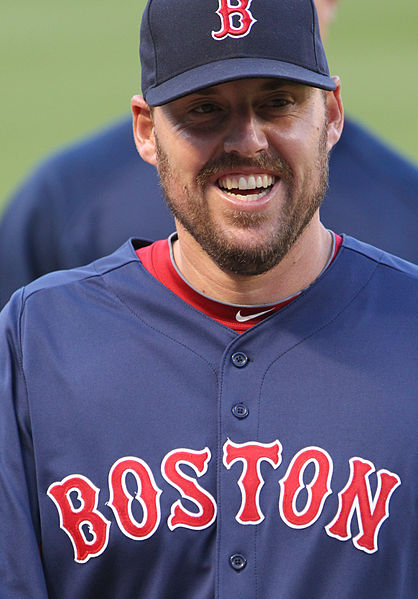 Eleven years ago, The Christian Chronicle featured John Lackey on its front page after the rookie pitcher won Game 7 of the World Series for the Anaheim Angels.

The Chronicle connection: Lackey grew up in the Highland Church of Christ in Abilene, Texas.

Wednesday night, Lackey won another deciding game in the World Series. He pitched 6 2/3 innings of one-run ball and earned the victory for the Red Sox at Fenway Park. Boston took the best-of-seven series, 4-2, over the St. Louis Cardinals. (Somewhere, Terry Rush is crying.)

Lackey’s parents, Derran and Sharon Lackey, were Highland members for 30 years before moving to the Dallas-Fort Worth area, where they still attend a Church of Christ, said Mike Cope, who preached at Highland for 18 years.

Cope, a Cardinals fan who serves as director of ministry outreach for Pepperdine University in Mailbu, Calif., found himself torn Wednesday night.

“What I was hoping is that John could go long and strong and pick up a win tonight with the Cardinals winning game 7 tomorrow,” Cope said before the first pitch. “But now it’s a problem. Since the Red Sox are my third-favorite team (behind the Cards and Rangers), I’m going to be pretty happy either way. It would be amazing if he could win another final game of the World Series, as he did in 2002.”

Lackey did just that.

• From the pulpit to the dugout