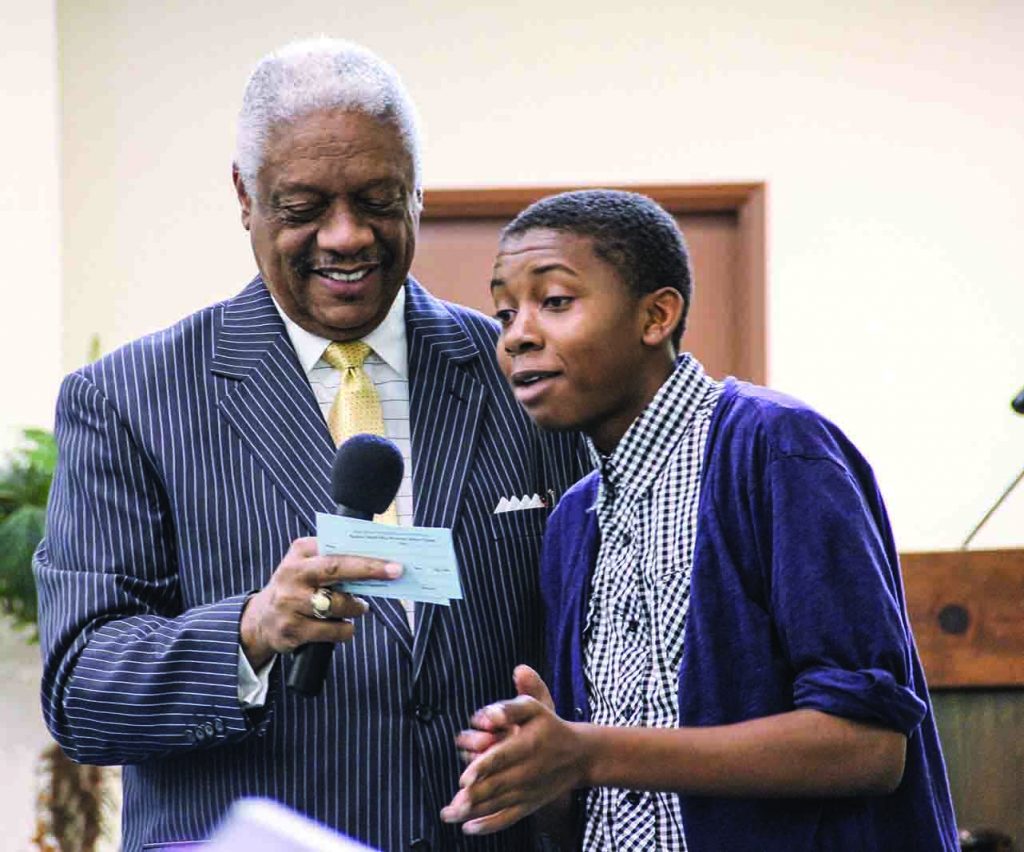 Know Jesus, know each other 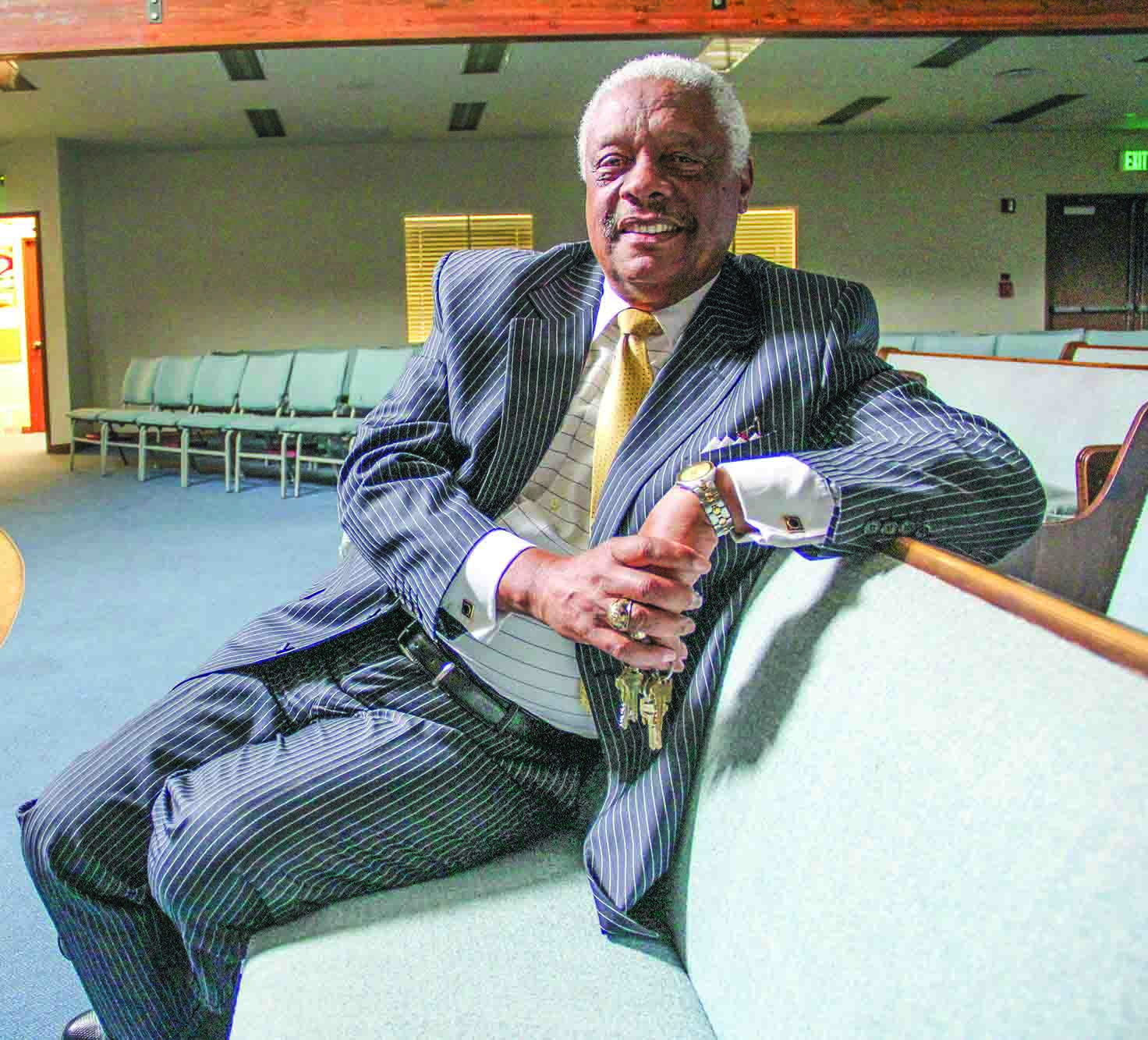 Billy C. Curl sits in the auditorium of the Crenshaw Church of Christ in Los Angeles.“I had no intention of being — what do they call it? A pioneer, a trailblazer? None of that,” Curl, a longtime minister in Los Angeles, said in a 2012 interview with ACU Today, the magazine of the school, now Abilene Christian University.

Curl had completed two years at Southwestern Christian College, a historically black college in Terrell, Texas, associated with Churches of Christ, and Southwest’s then-president, A.V. Isbell, suggested he continue his education at Abilene Christian, also associated with the fellowship. Curl and Larry Bonner, both from Nacogdoches, Texas, were the first black students to enroll.

College wasn’t easy. One teacher told Curl she intended to keep him from passing her class. But he passed. Often he and Bonner felt isolated. Both finished their degrees and left without attending graduation. Fifty years later, ACU honored the unintentional pioneers with a formal graduation and class rings. Curl also earned a doctorate in humanities in 1995.

Curl served alongside white Christians as a missionary in Addis Ababa, Ethiopia, for six years and learned to speak the language. Eromo Kelbisow, an Ethiopian, met Curl in 1966.

“I wanted to know more about the church that sent white and black missionaries together,” recalled Kelbisow, who was baptized a year later. Many baptisms followed as Curl and his teammates helped establish more than 30 congregations in the African nation.
“I had no intention of being — what do they call it? A pioneer, a trailblazer? None of that.”
Returning to the U.S., Curl began a 40-year tenure as minister for the Crenshaw Church of Christ in Los Angeles. The church, once predominiantly white and Asian, had begun to change after the 1965 riots in nearby Watts. When Curl retired in 2013, the predominantly black Crenshaw church had grown to about 600 members.

Curl has served on boards for schools including ACU, Southwestern and Normandie Christian School. He taught for many years at Los Angeles Bible College and was a regular panelist for on “The Way of Truth” TV program.

Curl and his wife of more than 50 years, Mary, have two sons: Charles (deceased) and Michael, and five grandchildren. • Learning and loving in L.A.
• Los Angeles area ministers’ 275 years of service honored
What has been your ministry philosophy for the past 50 years?The first step in ministry is to build relationships. My upbringing and life experiences shaped this philosophy. I grew up in a large family on a farm in East Texas — religious, but not a church goer. After graduating from college, I moved to Africa as a missionary. The people there wanted to develop a relationship before studying. I adopted that philosophy in ministering to people.
“I am convinced that true ministry is concerned with the whole man.”
Relationship is essential. Gaining insight into who a person is — their life’s journey, family background —became a part of my ministry.

I am convinced that true ministry is concerned with the whole man. Building interpersonal relationships with people serves them in ways that will benefit them inside and outside the church.
Describe the status of African-American Churches of Christ as you see it.It is challenging to describe that status with one adjective. In general, I’m optimistic about the church in the African-American community.

I have observed tremendous numerical and spiritual growth in our churches across the brotherhood. Growing churches tend to be led by elders, deacons and ministers who possess a high degree of decorum and education. These congregations have developed great faith missions and objectives that emphasize spiritual growth and organization.

On the other hand, there are some African-American churches that are stagnant and spiritually abated. The latter is not just a theme for African- American churches, but also for some white churches. These churches ultimately have either merged, closed their doors or no longer affiliate with the Churches of Christ.
There seems to be an unspoken distance between black and white churches in many places. What insight do you have as to why and what can be done to improve?In some communities, it’s not so much unspoken as it is deliberate and established. Paternalism and domination are still prevalent in some white churches. This is something black churches will not tolerate or accept.

In other scenarios, black churches are simply not compelled to initiate the bridging of the gap and are indifferent to the distance.

There is a perception among many black preachers and churches that we do not measure up to the standards of worship that prevail in the white Churches of Christ. When major campaigns, mission efforts, etc., are proposed — and after planning is over — we are invited to attend, but not to participate in the initial planning meetings.

Wouldn’t it be good if a group of white churches could plan a major event and invite all or most of the speakers from black churches? Boy, that would be something!
What do white churches need to understand about African-American church culture?We enjoy and revel in our culture.

We enjoy the evolution of our preaching, singing and worship styles. We are liberated from the old adage that the way the white churches worship is “the right way.”

In my generation black churches, especially in the South, were dependent on a white church for just about everything. The white church bought our buildings, supplied and paid our preachers salaries, essentially taking care of us to keep us out of white churches.

Now that African-American churches are autonomous, the urge to modify our culture to assimilate is no longer of interest.
Who are your heroes of racial unity and social justice in our fellowship?A hero of mine that stands out is the late R.N. Hogan of Los Angeles.

Another preacher I admire a great deal is Zebedee Bishop of Detroit. I am impressed with his knowledge, dignity and presence.

Bishop has had a resounding voice regarding racial unity and social justice.
Do black and white churches know each other well? What are the next steps to improve that?When we become fully aware that Jesus is the head of the church, we gain the understanding that only through him will we recognize that we are one. The more we get to know Jesus, the more we will know each other. Repentance and prayer meetings are necessary in achieving that.

Dialogue with one another regularly will allow us to get to know one another. This will go a long way in bridging the gap. Respect the fact that our worship styles are different. Then make an effort not only to understand, but also to embrace those differences.

Recognize that we, as black ministers and members, know something about the Bible and seek a deeper relationship with God and each another. As diverse as the Churches of Christ are in general, do not place us all in the same boat (a definition of bigotry). Instead, allow and encourage black ministers to speak at your churches, lectureships and seminars. This will be a meaningful step.