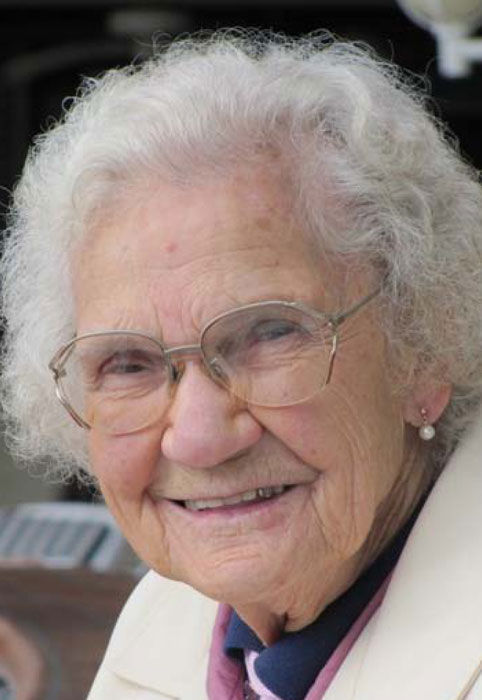 Submitted
Nita was born April 17th, 1915, to Joe and Mamie Lewis in Unionville, Mo. She was six months old when her family moved to eastern Montana. They lived in a sod house until 1924, then they moved to Andes, Mont. Nita was baptized in the Church of Christ in her teens and tried to live faithfully the rest of her life.

She worked a lot of different jobs. She went to Seattle in 1943 and worked in a Zoom factory. The women who had jobs piling lumber were making more money than she was, so she quit her job and went to piling lumber. During World War II in 1944, she went to Portland, Ore., and worked in the shipyards for a ship fitter as a tracker. On Aug. 6, 1955, she married Donald Bryson, who was a rancher. He had three children: Gladys, 13; Dolores, 11; and Gene, 10. Donald died Oct. 8, 1975.

Nita was preceded in death by her parents, three husbands, three brothers, four sisters and one granddaughter. Nita is survived by her daughters, Gladys (Ron) Gleason and Dee (Bob) Wray; a son, Gene (Kathy) Bryson; 11 grandchildren; 15 great-grandchildren; and seven great-great-grandchildren.