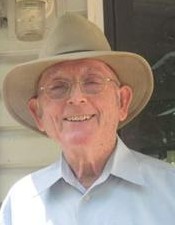 Erik Tryggestad
On visits to the U.S., James D. “Jimmy” Judd crisscrossed the Southeast, talking nonstop about the growth of the Gospel in Africa. He hauled massive slide carousels — filled with photos of bugs, snakes and the smiling faces of new Christians.
Judd, a missionary to the southern African nation of Malawi, died June 10 in Juliet, Ga. He was 85.
A native of Kentucky who served in the U.S. Marine Corps during World War II, Judd moved to Malawi with his family in 1957. The Judds, along with the Doyle Gilliam and Andrew Connally families, built Lubagha Mission in the village of Rumphi.
Judd and his wife, Clydene, initially agreed to serve in Malawi for three years, but stayed there for more than 45.
The missionary baptized thousands of Malawians and established the Church of Christ Bible College at Mzuzu. The Judds’ son, Randy, now oversees the work, sponsored by the Thomaston Road Church of Christ in Macon, Ga.
Currently, Malawi is thought have about 4,000 Churches of Christ — and the highest number of church members per capita in the world.
David Israel, a member of the North Macon Church of Christ, traveled to Malawi and saw the Judds’ influence.
“I have been to countless churches there that either he built or was present and active in building,” Israel said. “More importantly, he supported their spiritual growth and would ‘teach them all things.’”
Wilson Tembo, a minister in Thondwe, Malawi, said Judd’s death is “a great loss to the Christ’s body in Malawi and the world over. His dedication for the work of the Lord will be remembered by all.”
RELATED BLOG POSTS:
Jimmy Judd, pioneering missionary to Africa, dies at 85
The long road from Macon to Malawi