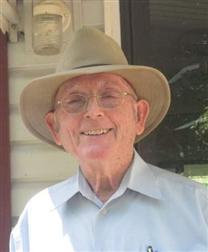 Christians in Africa and the U.S. mourn the loss of James D. “Jimmy” Judd of Juliette, Ga., who died June 10. He was 85.
Funeral services are scheduled for 2 p.m. Monday, June 13, at Snow’s Memorial Chapel in Macon, Ga. For more information, see Judd’s obituary.
Judd, a native of Kentucky who served in the U.S. Marine Corps during World War II, was a pioneering missionary to the southern African nation of Malawi.
In 1957, he and his family, along with the Doyle Gilliam and Andrew Connally families, moved to northern Malawi and built Lubagha Mission in the village of Rumphi. We reported on the history of Malawi mission work earlier this year.

Judd’s son, Randy, celebrated his 10th birthday in Rome, en route to Malawi. He remembers the family’s old mimeograph machine, churning out gospel tracts.
“We would get letters saying, ‘My brother picked this up and was laughing at it, and handed it to me. But I want to do what it says,’” Randy Judd said.
A lot of Malawians did what the tracts said. The Judds helped launch a Bible college in Mzuzu and traveled the region, teaching, preaching and planting. Hundreds of churches sprang to life.

Jimmy Judd and his wife, Clydene, initially agreed to serve in Malawi for three years, but stayed there for more than 45 years, we reported in 2001. The Judds’ work, now overseen by Randy Judd, contributed to the planting of thousands of Churches of Christ in Malawi. The Thomaston Road Church of Christ in Macon, Ga., sponsors the work.
On his Facebook page, Randy Judd posted: “There were once giants of the Gospel in the land. Now we have lost another giant. Dad, Dr. James D. “Jimmy” Judd, has gone to be with the Lord.”