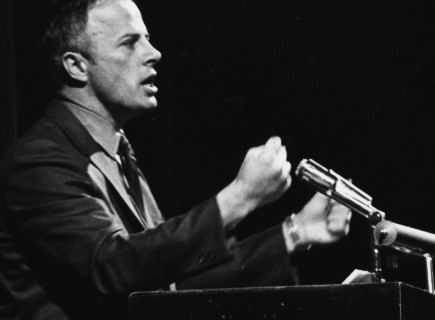 Joy McMillon
To many, the name Jimmy Allen is almost synonymous with the word “evangelist.”
In his long preaching career, he estimates he has conducted about 1,400 gospel meetings, with 40,000 to 50,000 responses and at least 10,000 baptisms.
Allen, who was baptized while studying at Harding College in Searcy, Ark., is perhaps best known for his 50 citywide preaching campaigns to tens of thousands in civic centers, coliseums and sports stadiums across the nation during the 1960s and 70s. During one 10-day meeting in Memphis, Tenn., in 1965, Allen said 270 people were baptized.
“From the day I became a Christian at Harding, I knew (the Gospel) was too good for me to keep my mouth shut,” Allen said. “I’ve shared the Gospel wherever I go — with hitchhikers, in a restaurant, on an airplane. Seems to me like this is what Christians are supposed to be doing.”
Last spring, Allen, 79, reached another milestone, retiring from teaching Bible at Harding University after 50 years. His favorite class was Romans, which he taught more than 40 times. Still, he said he re-studied the book each time he taught it.
“I would rather teach Romans than eat when I’m hungry,” he said, “and I love to eat.”
Friends say Allen’s influence will live on through his 13 books and in the lives of thousands of Harding students who took his classes.
Among those students was Monte Cox, who later served as a missionary to the African nation of Kenya and now is dean of Harding’s College of Bible and Religion. Cox took classes on Romans and the history of the Restoration Movement from Allen in the late 1970s.
“We learned about salvation through grace from him,” Cox said. “He was convicted that we are saved by grace through faith, and that was revolutionary for a whole generation of us.”
Cox called Allen “a man of courage and conviction” and a “bold spokesman for non-sectarian Christianity.”
The professor also was outspoken about civil rights and racial discrimination.
Another former student and later faculty colleague, Jerry Jones of St. Charles, Mo., believes Allen will be remembered for the “passion, intensity and urgency with which he preached the Gospel.”
Allen grew up during the Great Depression — spending  his formative years in the grinding poverty of the 1930s in tiny Grand Glaize, Ark. His early years were lean ones — filled with deprivation and disappointment.
He never knew much about his father, a local politician, who was married — but not to his mother. His mother and grandmother invented the surname “Allen” for him.
Gertrude Elizabeth Tucker, his mother, eked out their hard-scrabble life working in the fields and later as a stenographer wherever she could.
Despite his mother’s devotion, Allen said he always sensed there was “something wrong” with him.
“All the other kids had fathers, but I had none,” Allen said, “and when I learned I was illegitimate, feelings of anger and inferiority were stamped on my soul.”
After his mother was killed in a train wreck in 1941, Allen moved in with his 74-year-old grandmother in Grand Glaize. He worked in the cotton and strawberry fields, where he earned what he could to boost his grandmother’s $48-per-month subsistence income.
In public school, Allen discovered something that was to change the tenor of his life and become a life-long passion — athletics. Fortunately, he found that he could excel at school sports, earning status and recognition among his peers.
Later, with the exception of volleyball, he played every sport on the Harding campus both as a student and later on the faculty intramural team for many years. For 40 years, he played alongside his boss and neighbor, Clifton Ganus Jr., then president of the university.
“Jimmy is a very good competitor and athlete in all sports,” Ganus said. “He plays basketball like he preaches — hard! And he puts everything he has into it.”
Today, Allen serves as interim preacher for the church in Delight, Ark., and plans to continue hosting gospel meetings.
“I’m still trying to convict people of sin and show them the Christ,” he said. 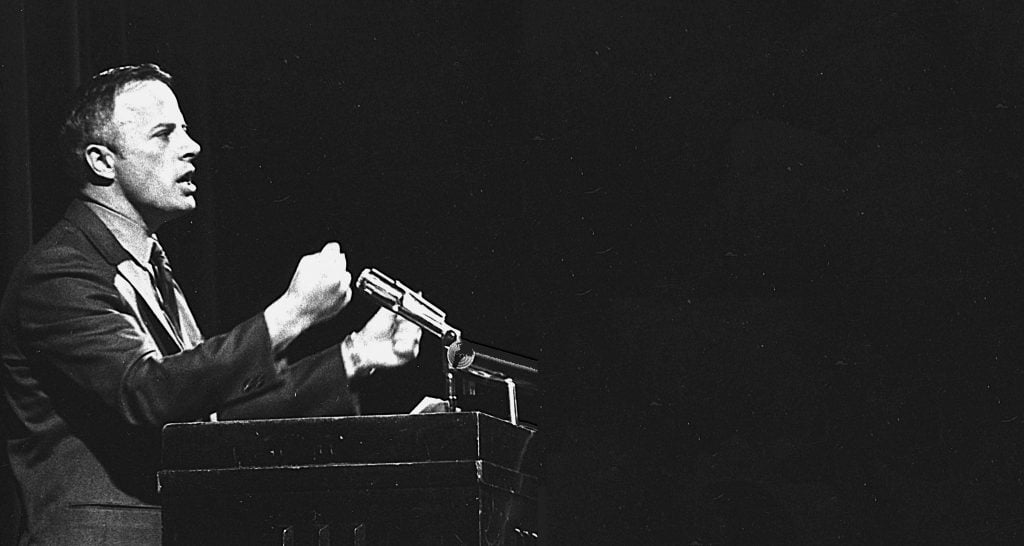