A Venezuelan reflects on politics and restoration

BUENOS AIRES, Argentina — Don’t preach to Gabriel Damalis about the virtues of socialism.

“Personally, I don’t like socialism,” he says, “because I lived it. But I also have learned that any plan can fail.” 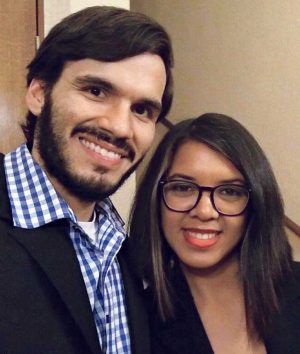 Damalis and his wife, Naibelis Freitez, came to Buenos Aires two years ago to begin a new life as their home nation of Venezuela descended into chaos. The government, led by Nicolás Maduro of the United Socialist Party of Venezuela, has become increasingly authoritarian as the country’s economic crisis has deepened. And crime is on the rise.

In Venezuela, Damalis served congregations including the Barquisimeto Church of Christ. Whenever he went outside, he, took the cover of an old, beat-up Bible and stuck his cell phone inside, making sure to switch it to silent mode first.

“The times we got robbed … nobody would look at that Bible,” he says.

He remembers his wife crying in the aisle of a supermarket in Bogotá, Colombia, where she was attending a ladies’ gospel retreat in 2016. The shelves overflowed with bags of white cornmeal for making arepas — something they could no longer find at home.

Then, as they prepared to move to Argentina, a bus they were riding was nearly robbed by a gang of men with assault rifles. The driver plowed through the blockade. Damalis is almost sure he ran over people.

Despite the scarcity, despite the danger, despite “looking at everyone as a suspect,” it was hard to leave Venezuela, the minister says. For one thing, the church was growing rapidly. The insecurity and uncertainty opened avenues for the Gospel.

Just before they left, the couple met fellow Christians who committed to help the churches they had served.

“God showed us that we’re not indispensable,” Damalis said. “It’s like he was telling us, ‘Don’t feel bad; I’m in charge.’”

In Buenos Aires, the couple serves the Iglesia de Cristo de Caballito. Damalis works with fellow Venezuelan refugees. Sometimes as many as 30 worship with the church.

One Sunday, “half of the congregation was Venezuelans,” he says.

Now, as Argentina experiences its own financial crisis, Damalis sees the country’s political leaders on TV, making speeches similar to those he heard in Venezuela.

“Whatever plan you pick, socialism or capitalism, all of them have downsides because we are in an already-damaged world. That’s why God promises us a perfect Kingdom.

He’s also concerned that Christians around the world who are watching Venezuela’s crisis, including his brethren in the U.S., will conclude that socialism alone is the problem — and that another political model alone will solve it.

It seems to him that the principles of socialism, including shared production and shared revenues, are best practiced in the home, among family members who love God and serve each other.

“How can you make something like that voluntary for the whole country?” he asks.

The problem, as he sees it, is misplaced faith.

“Whatever plan you pick, socialism or capitalism, all of them have downsides because we are in an already-damaged world,” he says. “That’s why God promises us a perfect Kingdom.

“We’re in a body that wants what we desire, not what God desires. … His plan of restoration is perfect, and that’s what changes us.”