That’s why Young, senior minister for the North Boulevard Church of Christ in Murfreesboro, was reluctant to participate in a recent webinar titled “What is Progressive Christianity and Why is it Appealing?” with David Hunzicker, a minister for the multi-site church’s west campus. 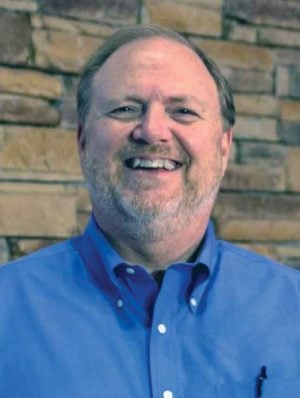 “But sometimes you have to draw the line and say, ‘This is how far we can go,’” Young said during the webinar, in which he and Hunzicker detailed the characteristics of progressive Christianity, sometimes called theological liberalism, and argued that many of its tenets are in conflict with Scripture. Churches and faith groups that adopt this ideology risk not only departing from the truth of the Gospel, but also declining membership, the ministers said.

Moderating the discussion was Bobby Harrington, an author, a minister for Harpeth Christian Church in Franklin, Tenn., and executive director of Renew Network, a multinational, multi-ethnic group of faith leaders, many from churches associated with the Restoration Movement, focused on renewing the teaching of Jesus for disciple-making.

Young, a graduate of Freed-Hardeman University and Harding School of Theology, earned a doctorate in New Testament from Vanderbilt University. He has served the North Boulevard church for 21 years and is the author of “NEW DAY: Restoring the Revolutionary Mission of Christ’s Church.”

Hunzicker, a graduate of Harding University, is a church planter in training, working alongside west campus minister Glenn Robb.

This Dialogue is adapted from a transcript of the webinar with additional input from Young, Hunzicker and Harrington. Find links to this and other webinars, plus podcasts and additional resources, at renew.org. Renew hosts a launch gathering for the network, with the theme, “The Elements of Renewal,” Oct. 24 in Franklin. 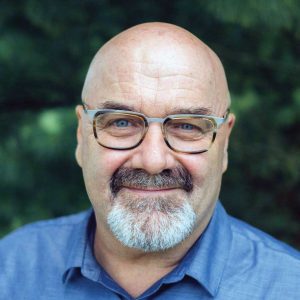 Bobby Harrington: On her website, Christian blogger Alisa Childers lists “Five Signs Your Church Might be Heading Toward Progressive Christianity.” David Young, let’s run through these. The first is “lowered view of the Bible.”

David Young: You sometimes hear progressive Christians say things like, “The Bible is not from God, but is only a human book expressing people’s experience of God.” Or you’ll hear, “This is what the apostle Paul says, but what did Jesus say?” The assumption behind both is that we get to judge which parts of the Bible are true and authoritative based upon our 21st century, Western sensibilities.

Harrington: The next sign is “feelings are emphasized over facts.”

Young: Progressives sometimes say things like, “This verse just doesn’t resonate with me.” When they say this, they affirm that no verse can be true unless they feel like it is true.

“‘Love’ in the Bible means putting the needs of others first, but ‘love’ in 21st century thought means accepting or embracing whatever a person wants you to accept and embrace.”

Take hell for example. When progressives define love to mean mere acceptance or even indulgence, they leave themselves unable to accept the many things Jesus says about hell. By doing this, they have misunderstood the true nature of Christian love and undermined the justice of God.

Whenever you hear people playing interpretive games with Scripture, arguing about “trajectories” and the like, you can be pretty sure that someone is trying to make the Christian faith align with their self-inspired sentimentalism.

Harrington: Third is “essential Christian doctrines are open for reinterpretation.”

Young: Progressivism challenges core doctrines of Christian orthodoxy. The Scriptures teach that Jesus was crucified to atone for our sins, but progressives tend to argue that Jesus’ death was merely a martyrdom. The Scriptures claim that Jesus is divine, but often progressives only emphasize the humanity of Jesus–unitarianism grew up with Western liberalism. The sinfulness of humanity is generally downplayed by progressives, who tend to think that all people are basically good and not really in need of salvation.

Young: Progressives often are beholden to the ideology of science and to the most recent sentiments of the age, so they constantly reinterpret the Scriptures to keep up with Western sensibilities.

Often progressives use biblical language, but they shift its meaning: the resurrection becomes a metaphor instead of a historic fact, holiness becomes liturgy instead of sexual purity, and the like. Same language, but new meanings.

“This is a very dangerous time for the people of God in North America, but it may also become a fantastic time.”

A big one is “love.” If we allow a 21st century definition of love to be imported back into historic, biblical Christianity, we may end up with something quite different from what the Scriptures mean. “Love” in the Bible means putting the needs of others first, but “love” in 21st century thought means accepting or embracing whatever a person wants you to accept and embrace.

Harrington: Finally, “the heart of the Gospel message shifts from sin and redemption to social justice.”

Young: Justice is a central concern of the Scriptures, and it should be a central concern for disciples of Jesus. But “social justice” is a relatively new term — one not found in the Bible. It’s a fine term if it means treating people fairly, fighting racism, standing for life, and the like.

But often the term “social justice” means little more than political ideology that is largely disconnected from biblical justice. Progressives tend to focus on social justice to the exclusion of the Gospel. The Gospel is not about God making paradise of this world, but God raising us into a new heaven and earth. When social justice replaces the Gospel, you won’t get the Gospel, but you also won’t get justice. 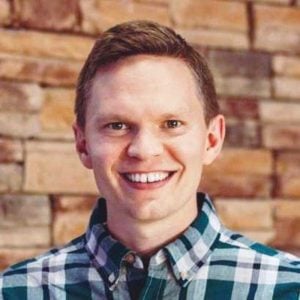 David Hunzicker: Feelings often trump fact. Really, a feeling that comes up time and time again is fear. “I don’t want to oppress somebody. I don’t want to exclude. I don’t want to push somebody down.” That’s the fear that often surfaces, and then facts are questioned in light of it.

We don’t want our grandchildren looking back and asking, “Why was grandpa on the wrong side of that argument?” I recently talked to a man who said he’s confident that the next generation will say, “Wow, how were you so wrong on the issue of homosexuality? You were on the wrong side of history with the transgender debate.

He looked me in the eye and said, “You don’t understand. I was in the churches when you weren’t to date inter-racially. Scripture was being used to justify it. I don’t want to be that.”

Using Scripture to justify racism is clearly wrong, but now fear drives us to go too far the other way when we’re dealing with issues such as homosexuality. We fear that we’ll say something that’s considered offensive and oppressive by today’s standards, because that’s what the culture (and social media) jump at the quickest.

Harrington: How do you respond to this fear?

Hunzicker: I decided I was going to have to challenge it head-on. But how was I going to be able to proclaim a message that this culture is even able to accept and understand?

I read about the deaths of the apostles, about Stephen’s stoning in Acts 7. I looked at Voice of the Martyrs and “i-am-n” and gathered books like “Beyond the Gates of Splendor.” I read Paul’s words in Philippians 1:14: because of my chains, most of the brothers and sisters have become confident in the Lord and dare all the more to proclaim the gospel without fear.

I waded through the stories of people who have given it all up for Christ, asking myself, “What is it that they knew? What confidence was it that they had to willingly stand on the ‘wrong side of history?’”

That’s honestly what millennials and young ministers are looking for. We let fear redirect the way we read Scripture. Confidence is needed.

We need people whose conviction and courage will trickle down to us, allowing us to understand and to be able to proclaim a bold message, to be filled with grace and love as it’s truly defined. We’re looking for voices that say we can be confident in what the Bible says, and we can take someone through study of the Scriptures and let them discover God’s truth.

The Bible shows us that there is radical transformation in people’s lives under the authority of King Jesus.

Harrington: In the Renew network, we have an increasing number of spiritual leaders who are saying, “I want to stand by the truth of Scripture. I want to honor King Jesus.” David Young, talk to us about why this is our time and why we’ve got to take these stands now.

Young: Even 20 years ago, progressivism wasn’t a great temptation for Bible-believing Christians. Now that cultural forms of Christianity are in deep decline, people have to make clear decisions about following Jesus. The pressure to compromise in order to fit into the dominant culture is great.

Progressivism is attractive to formerly biblical Christians because it offers a sort of “halfway house” that allows them to remain largely religious and socially responsible, but relieves them from the responsibility of holding to what they consider to be antiquated biblical teachings such as miracles, the authority of Scripture, sexual holiness or the sinfulness of humanity.

But progressivism is a dead-end street. Every single progressive denomination in America is in deep decline. So, when our preachers, our Christian schools and our authors and bloggers begin to lean toward progressivism, you don’t have to guess where they will end up.

Harrington: As we’ve mentioned before, progressives think they’re building an on-ramp to the faith, watering it down so that more liberal-minded people will join. Instead, they’re building an exit ramp by which people leave the faith. In light of that, it is so important that we commit to what Jesus teaches us about discipling relationships.

Young: I do think that this is our time. We face a sort of “rendezvous with destiny” moment. If we fail in this moment, North American Christianity will soon be no different from that of Europe — irrelevant.

This is a very dangerous time for the people of God in North America, but it may also become a fantastic time. This may be the time when we see real heroes, real champions, real legends — maybe even real martyrs — rise up and lead in biblical faith. Every time the Christian faith gets bullied, it becomes stronger.

We are in a position right now to become stronger than we’ve been in North America in more than 200 years. This may prove to be our finest hour.

TULSA, Okla. — You gotta have a nice sign. You just… 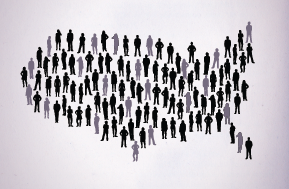 ‘Nones’ on the rise: What does increase in adults with no religious affiliation mean for the church?

Graphic via Pew Research Center One-fifth of Americans — and…