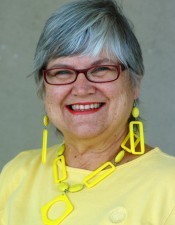 Ted Parks
COLUMBIA, Tenn. — A Christian school 45 miles south of Nashville recently asked five teachers to sign an agreement not to participate in instrumental worship, calling a Good Friday service with instruments at the teachers’ home congregation “inconsistent” with school policy.
The request followed weeks of effort by Columbia Academy leaders to work through controversy surrounding a Good Friday service at the Maury Hills church.
Soon after the service, board members and school President Barry England met with each of the five teachers to determine if the faculty member was in “breach of contract,” said Sandra McCarthy, kindergarten teacher at the academy and a member of the Maury Hills church.
McCarthy, who taught at the academy for 27 years, chose to retire rather than sign the “Memorandum of Understanding,” as the board called the agreement.
Alex Domkowski, a math and physics teacher and Maury Hills elder, resigned and is seeking a position elsewhere. Two teachers signed the agreement, England said, and will return. The fifth teacher has accepted a teaching job at another school, McCarthy said.
In a letter that England sent to parents the first week of June and gave to The Christian Chronicle, he explained the school’s wishes to respect its long-cherished practice concerning music.
“A point of distinction among Churches of Christ has been the use of a cappella or non-instrumental music in worship,” England wrote. “While it is not at all my desire or intent for Columbia Academy to force its beliefs and opinions on others, it is also my desire for CA to be able to maintain the beliefs that the founders of the school held as important.”
“I very much regret the divisive nature and the contention which has come as a result of this situation,” England told the Chronicle after the story made headlines statewide. “It is my desire for Columbia Academy to glorify God in every way.”
The Good Friday service featured a drama with pauses during which a musical group at the church performed with instruments, McCarthy said. She was the only one of the five teachers who was present at that service, she said.
Domkowski stressed that the congregation’s weekly practice is a cappella singing, explaining that instruments appear only during special events scheduled outside Sunday worship times.
“We don’t make instrumental music an issue,” Domkowski said.
A church Web page informing visitors what to expect specifies that worship at Maury Hills is non-instrumental.
“This is by choice, rather than doctrine,” the Web site explains. “We find nothing wrong with instrumental worship, but believe that the voice alone is a simple and beautiful way to worship God.”
Columbia Academy requires all faculty members to sign a contract “preamble” that includes references to worship. Declaring that the academy offers an education “grounded in core Christian values,” the preamble acknowledges belief in God as creator and Jesus as God’s son but then requires signers to affirm “a cappella singing in worship assemblies” and “the weekly observance of the Lord’s Supper.”
McCarthy felt good about the initial meeting with the board members and England, who later told the teachers the board would draft a clarification statement for the entire faculty to sign, she said. But board members eventually asked only the five teachers associated with the Maury Hills church to sign the document.
“We five were singled out,” McCarthy said. “It would completely have been a non-issue if everybody on campus had been asked to sign the very same thing.”
In the board document, “The undersigned teacher agrees that he will not promote, participate in or place himself under the leadership of those who do promote or organize a worship assembly of the church which includes the use of musical instruments.”
Domkowski wondered if teachers would risk their jobs by accepting invitations to church activities from students who are not members of Churches of Christ, about 40 percent of the student body, according to the school Web site.
England said the school’s focus must return to its mission of education.
“For every child that Columbia Academy loses over this situation, we also lose the opportunity to teach that child the story of Jesus,” he said. “It is time for us to pull together to provide Christian education that will prepare our students to do well in life and to please God.”