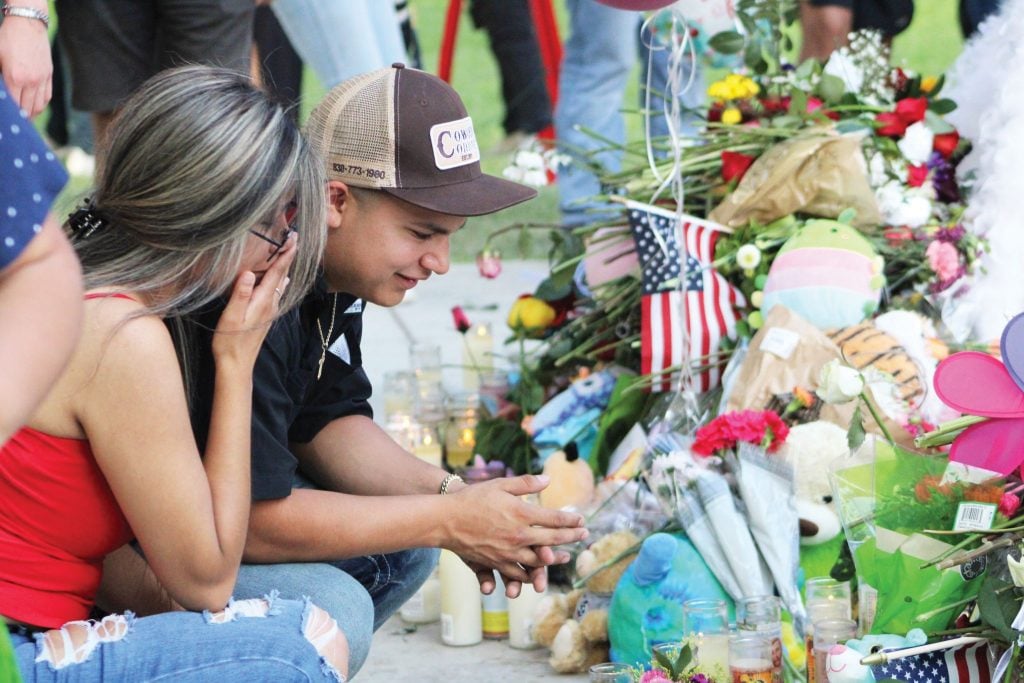 Christian Chronicle intern reflects on a reporting trip to Texas. 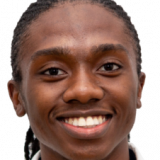 That’s what I kept telling myself as people fell on their hands and knees, weeping.

Never had I seen so much agony in one place.

The Christian Chronicle sent associate editor Audrey Jackson and me to report on the shooting that killed 19 elementary children and two teachers in South Texas. It was my first in-person tragedy coverage.

Related: ‘This is wailing, weeping, heartfelt grief. This is what this town is feeling’

I didn’t know what to expect, and I couldn’t help but ask myself, “Why am I here?”

The trip to Uvalde, about 85 miles west of San Antonio, was not exactly on my schedule.

I was sitting in a gelato shop with five of my Chronicle colleagues on the afternoon of May 24 because the power had gone out in the office. We were having a nice time until news of the Uvalde shooting began flooding social media. 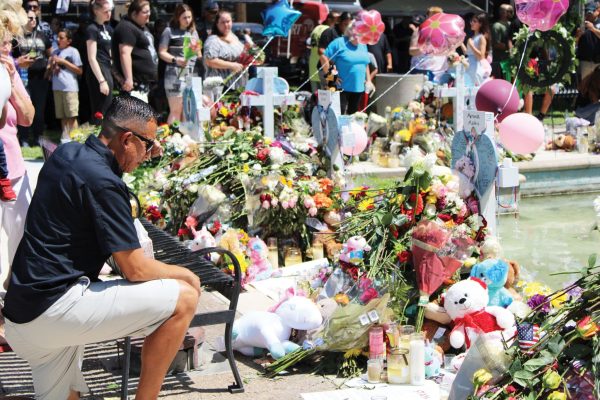 A man prays as he visits the memorial for victims of the Uvalde, Texas, school shooting.

Editor-in-chief Bobby Ross Jr. decided someone should go to Texas for on-the-ground reporting. As an intern in my second week on the job, I did not expect the Chronicle to send me.

Audrey immediately volunteered to go since Bobby and Erik Tryggestad, the Chronicle’s president and CEO, had previous commitments.

Then Bobby looked at me.

“Gabriel, are you busy this weekend?”

Covering a mass shooting is difficult, but Bobby and my professors at Harding University in Searcy, Ark., did what they could to prepare me.

Audrey and I arrived in Uvalde that Saturday. We first visited the courthouse memorial in the town square where crowds were paying their respects to the victims.

I took photos of the scene: the people, the memorial, the singing, the prayers, the tears. I honestly felt like a trespasser intruding on these people’s grief. Other journalists surrounded me. Cameras and microphones could be seen at every turn. 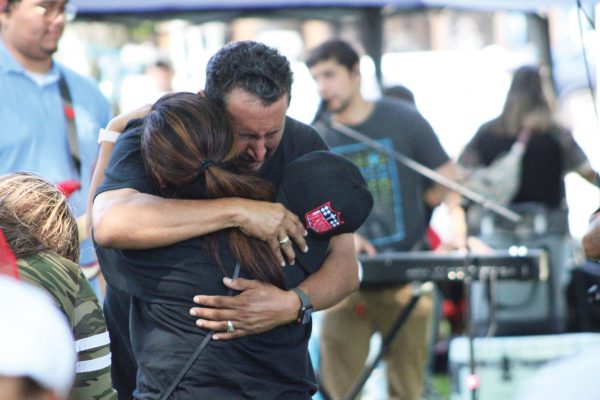 Mourners share a hug after 19 children and two teachers were killed in Uvalde.

It all felt so wrong.

There was too much media.

After taking photos, Audrey and I interviewed a minister and his wife. I learned more about the pain the city’s residents were bearing and watched yet another person, the minister’s wife, break down in tears. But the couple seemed to be glad we came as they bid us farewell with hugs and a prayer.

Next, we stopped by the school where the shooting occurred. The school was taped off, so we took photos from afar. Throughout that day, my thoughts kept wandering to my younger sister, who is the same age as the children whose memorials stood before me. I could not imagine the full extent of everyone’s grief and wanted so badly to ease the pain somehow.

At the school, a woman came up to me, confused about where to leave the flowers she had brought. I directed her to officers who were taking gifts to a makeshift memorial. It wasn’t hard to tell that she was stricken with grief.

As I turned to leave, I had the sudden urge to comfort her. Throwing all doubts aside, I returned and asked her name then hugged and prayed over her. She asked for my name.

“I and others report so we can do something about the injustices and pain that taint people’s lives. I am here to be a light amid the grief.”

“Gabriel, the angel,” she exclaimed, saying God had sent me.

While in Uvalde and especially after this encounter, I found purpose.

Why was I there? Why cover any tragedy? I can’t allow people to be blind to the tragedies that befall our world. I and others report so we can do something about the injustices and pain that taint people’s lives. I am here to be a light amid the grief.

GABRIEL GRANT HUFF is The Christian Chronicle’s intern. In his short time with the Chronicle, the Harding University senior also has written about the May 14 supermarket shooting in Buffalo, N.Y., and taken photos after the June 1 medical office attack in Tulsa, Okla. Contact [email protected]. 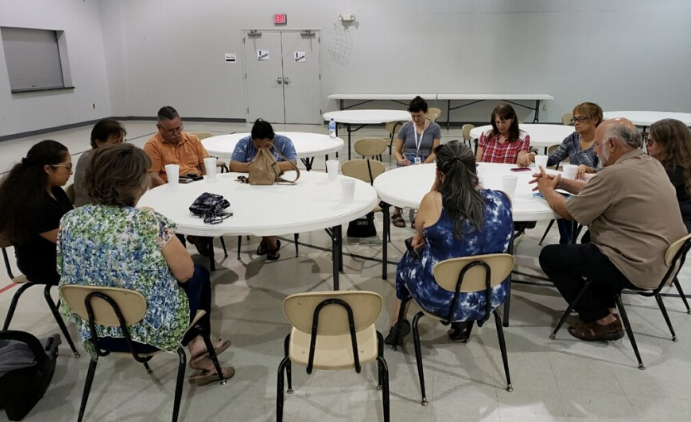 Tuesday night was supposed to be Adult Game Night at… 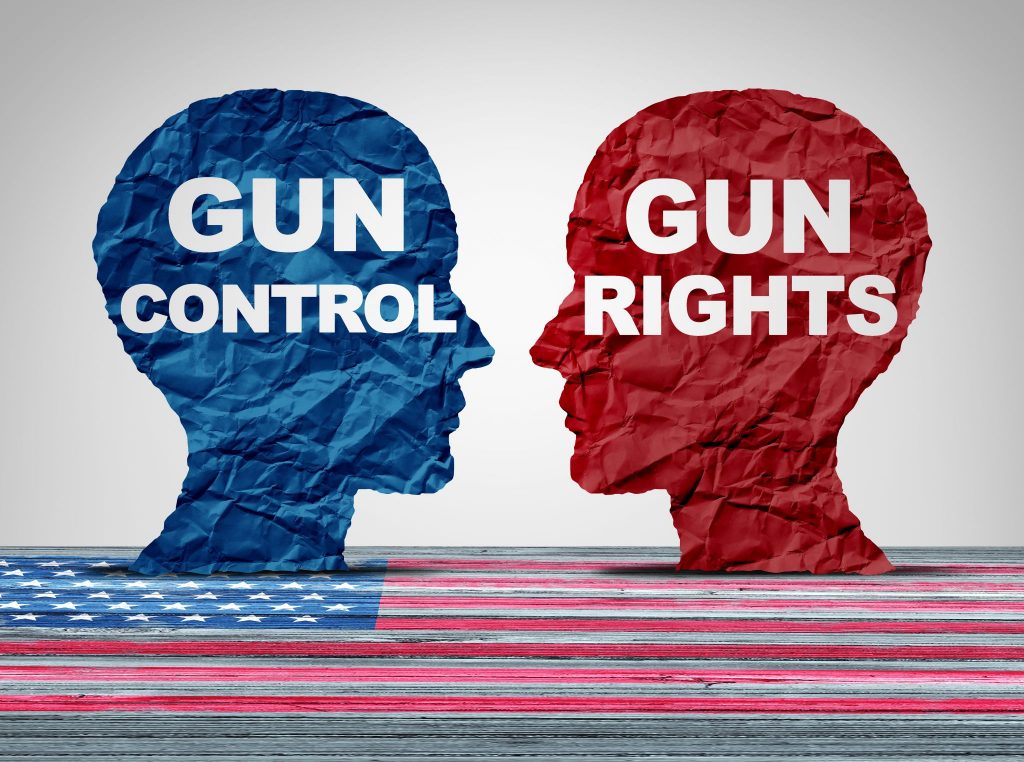