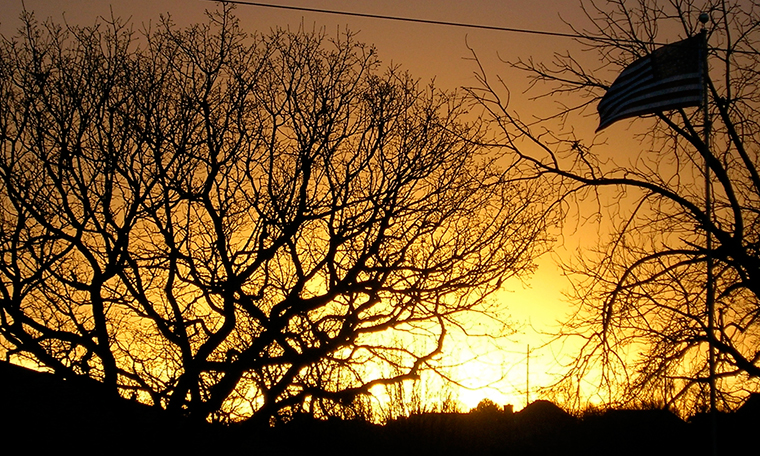 'I've watched the sun shed new light over landscapes scraped bare by deadly tornadoes, through trees weighed down by layers of destructive ice. Each setting — full of horror and pain — was nonetheless made hopeful by the light of a new day.'
Chellie Mills Ison

The steadfast love of the Lord never ceases. His mercies never come to an end. They are new every morning. Great is your faithfulness.

For most of my career, I’ve woken up at unheard-of hours — in order to be there, on air, when the rest of the world wakes up.
I spent five years as “that girl” — you know, the one bundled up in the snow telling you how treacherous the roads are while you are snuggled up inside.
While I feel very blessed to now get a full night’s sleep (most of the time), there are things about that early shift I miss. 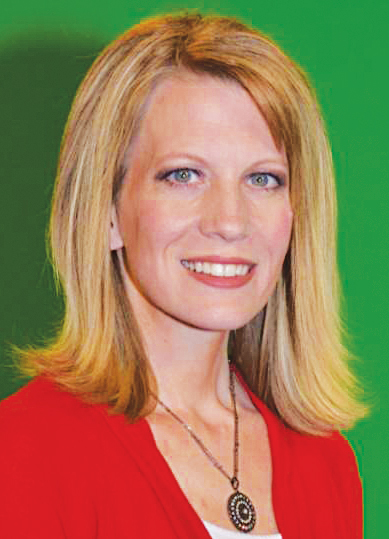 In the Word | Chellie Mills Ison

I was blessed in those years to witness hundreds — maybe even thousands — of sunrises. Each day was a new chance for God to paint the sky with gorgeous colors. The pinks and oranges always were my favorites. I’ve photographed them, tweeted about them and been inspired by them.

In a work environment where there is not a lot of talk about God, I could daily see that sunrise as a reminder of his greatness and his faithfulness.
I’ve watched the sun rise, shedding new light over landscapes scraped bare by deadly tornadoes, through trees weighed down by layers of destructive ice and across fire-ravaged fields and buildings.
Each setting — full of horror and pain — was nonetheless made hopeful by the light of a new day.
The beauty of a sunrise through the smoke as it settles is eery, yet incredible. Watching as the light bounces from one icy tree branch to another is breathtaking.
And seeing a town covered in debris but brought back to life by the light is inspiring.
I remember watching the morning after the May 20, 2013, Moore, Okla. tornado. It was painful to see what the light revealed that morning. The overnight hours of nonstop coverage were over, and there, in the aftermath, only sirens interrupted the silence.
The darkness was heavy. But as the day began to dawn it was more than just the sun that came. It seemed to all happen at once. As soon as the light came so did crowds of people — not onlookers but helpers. Church groups, families and friends marching over a highway bridge.
There were hundreds of them it seemed, all marching straight toward the devastation. Shovels, boots and work gloves, they were ready to jump in and bring the town back.
That day and in the days that followed, God raised not just the sun but an army of helpers.
It was days like that where the sunrise, the light, not only brought realization of the destruction, but turned my eyes and thoughts straight to God.
Day after day I see the beauty of a sunrise as an opportunity to see that God is still there. I will never forget the hope I feel through watching the light peak over the horizon.
Chellie Mills Ison anchors the Sunday morning newscast for KFOR in Oklahoma City and works as a general assignment reporter during the week. She and her family attend the Memorial Road Church of Christ in Oklahoma City.