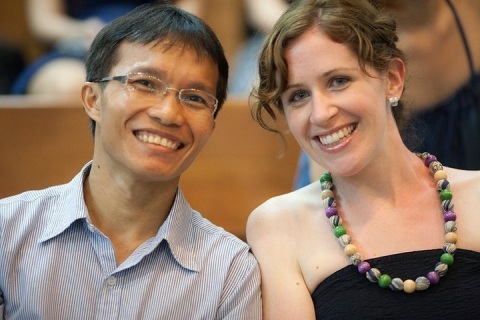 In the ‘sex tourism capital of the world,’ Christian fights child prostitution

Online now is a web-exclusive story about Tawee Donchai, a Christian in Thailand.

Donchai, a member of Cheung Doi Church of Christ in Chiang Mai and a scientist researching HIV, grew up in the village of Chiang Rai, an impoverished community that has one of the highest rates of child prostitution in the country.
Donchai is Thailand director for The SOLD Project, a Pleasanton, Calif.-based humanitarian effort that reaches out to village children at risk of being sold into slavery.
“The SOLD Project focuses on prevention by trying to show children and parents that there are far better options than selling a child into prostitution.” said Chiang Mai church planter David Allen. Recently, fellow church members worked alongside Donchai to help the ministry.

Read the full story.
On their blog, coworkers Michael and Heather Colletto give details from Donchai’s life.

When Tawee was six, his father died from complications of the hard labor and travel; his mother was obligated to take her husband’s place at the logging site.  Being a single parent and working hard away from home, she had little time left to eat–or go to a doctor.  She died as a result of a medical emergency when Tawee was in second grade.
Tawee and his brother were taken in by their grandmother, and they studied at the local public school–the one where many of SOLD’s scholarship students attend.  But their teacher noticed how smart the twins were, so she found them a place at a more advanced school, where her husband worked.  Because of the distance from home, the boys lived on-site at the school in a dormitory for ten months out of the year.  In fourth grade, they began to work construction on these breaks to save money for their schooling. In fact, Tawee has lots of quirky stories to tell about the many interesting side jobs he held. He even grew vegetables and sold them to the school cafeteria!
Tawee’s grandmother highly valued education.  “She always told us that, without parents, education was all we had to take care of us in the future,” says Tawee.  He began receiving a partial scholarship through a Bangkok non-profit organization that would help provide for his education through college. Tawee earned a BS in Chemistry and then a Master’s degree in Biochemistry. While working for SOLD, he pursued doctoral work in HIV research.

Read the full post.
I’ve never visited Thailand, but I was in neighboring Cambodia in 2010 for the fourth Angkor of Faith, a conference and camp for young Asian Christians (and more than a few non-Christians). I covered the event as part of our Global South series. 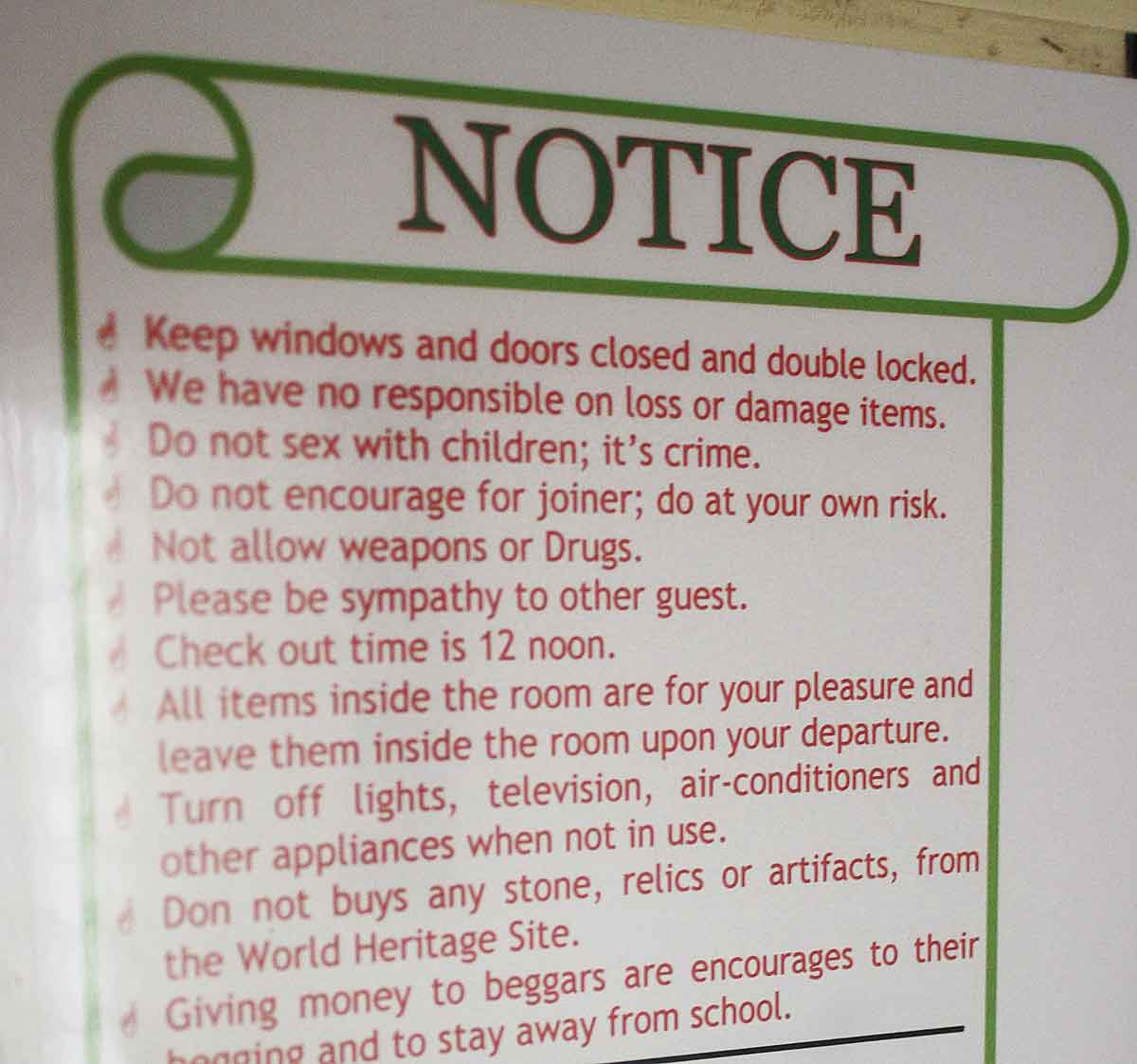 A list of rules on the door of a hotel in Siem Reap, Cambodia. (See the third one on the list) (Photo by Erik Tryggestad)

The stark reality of the human trafficking plague in Southeast Asia was evident as soon as I arrived in my hotel room in Siem Reap, Cambodia:

An estimated 24,000 children live and work on the streets of Cambodia, according to humanitarian groups. The country is a source of, and destination for, human trafficking. Children here are sold for sexual exploitation and forced labor, according to humantrafficking.org. Hotel rooms in Siem Reap post warnings for tourists not to engage in sex with children.