Erik Tryggestad
President and CEO
BOGOTÁ, Colombia — This isn’t the view most people come to Monserrate to see. 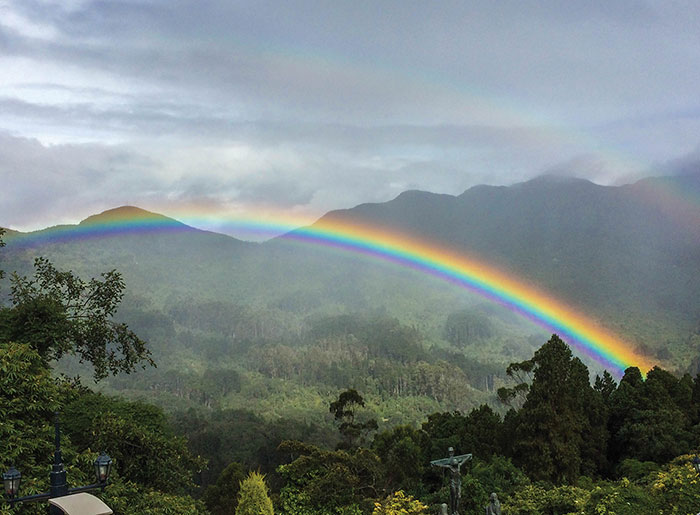 A rainbow over Monserrate in Bogotá, Colombia. (PHOTO BY ERIK TRYGGESTAD)

That would be 180 degrees  behind me — the city of Bogotá. From here at 10,397 feet, you can see planes taking off from the airport and watch the sun set over this South American metropolis of 8 million souls.

An overview of the city of Bogotá, seen from Monserrate. (PHOTO BY ERIK TRYGGESTAD)

There’s a Catholic shrine here that a lot of folks come to visit. Inside you’ll find El Señor Caido, The Fallen Lord. It’s a small statue, dating back to the 1600s, that depicts a weak, emaciated Jesus, lying on his side, struggling to rise. Perhaps it’s a reference to the Catholic tradition that Christ fell three times on the way to his crucifixion. (Scripture doesn’t tell us that — only that Simon of Cyrene was forced to carry Jesus’ cross.)

My visit to Bogotá is the conclusion of a whirlwind trip across Latin America. I accompanied my wife, a pediatrician, on a medical mission trip to Guatemala before flying south to Colombia, where I visited a church-planting team in Cúcuta, a city on the Venezuelan border. 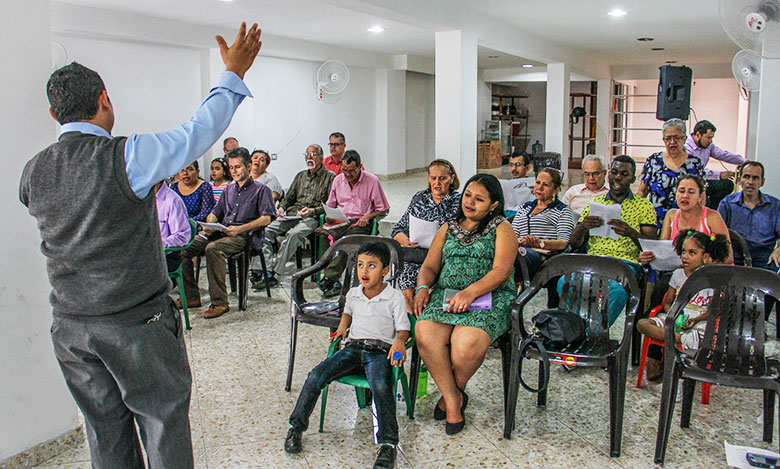 Milton Castillo leads singing for the Cúcuta Church of Christ, a congregation collecting aid for the suffering in neighboring Venezuela. (PHOTO BY ERIK TRYGGESTAD)

Pedro Villa graciously offered to host me on my stopover in Bogotá.

He’s a fascinating guy — a native of Mexico who grew up in Texas after his dad was recruited to preach for some of the early Spanish-speaking Churches of Christ there. He’s worked as a film producer and once was a missionary to Bogotá.

He’s never forgotten his love for this city and its people, so last year he moved here. Now he works with the Northside Church of Christ, a small, middle-class congregation.

He sees potential for the churches of Colombia to be shining beacons of hope in busy, bustling cities where a lot of people acknowledge God but don’t live out the truth of the Gospel.

Their lord, perhaps, is a fallen lord. 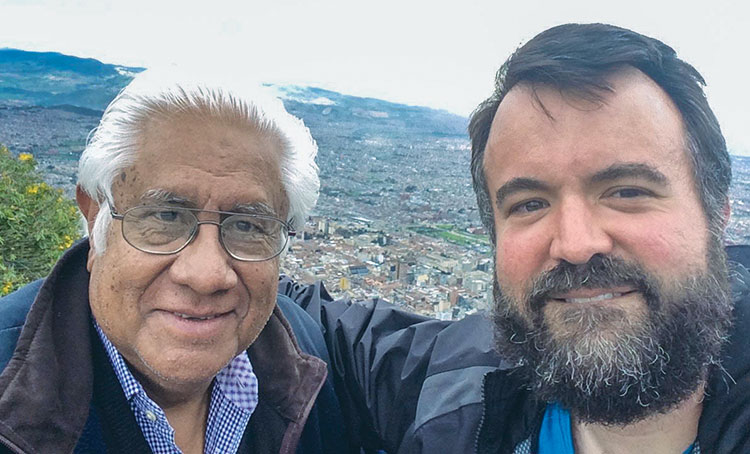 Pedro thought I should see Monserrate before I left Bogotá, so we took a cable car to the top. In between panoramic shots of the city, I noticed a rainbow in the mist behind me.

It got brighter — probably the most brilliant rainbow I’ve ever seen. It seemed so close. I could actually see through it. I could make out the trees on the mountainside, painted in brilliant yellow, indigo and red.

Most impressive. There’s no doubt. 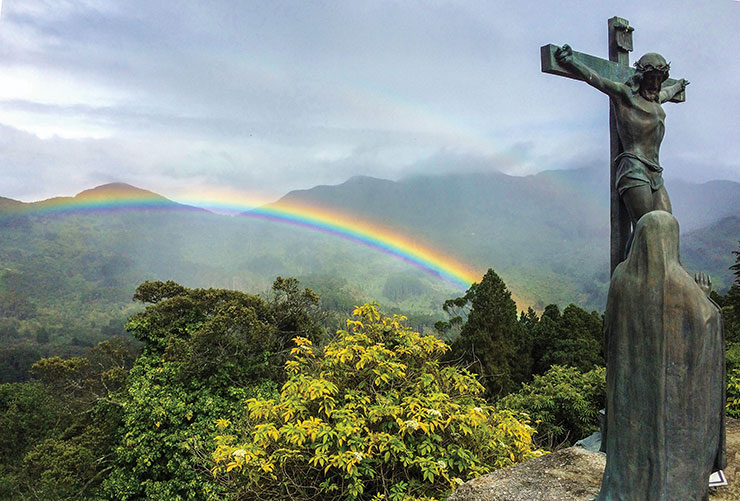 Another view of the Monserrate rainbow. (PHOTO BY ERIK TRYGGESTAD)

We build massive cities that we can view, in awe, from the highest heights. We carve images of the divine based on our limited understanding and make pilgrimages to see them.

But these are hollow reflections, a chasing after the wind, compared to the glory our Creator reveals to us through his creation.

Boy, am I glad I turned around.

CONTACT: [email protected]
you may also enjoy
• ‘It’s our honor to pray.’

• Why do so many churches in Guatemala have elders?

• When the youth group takes over