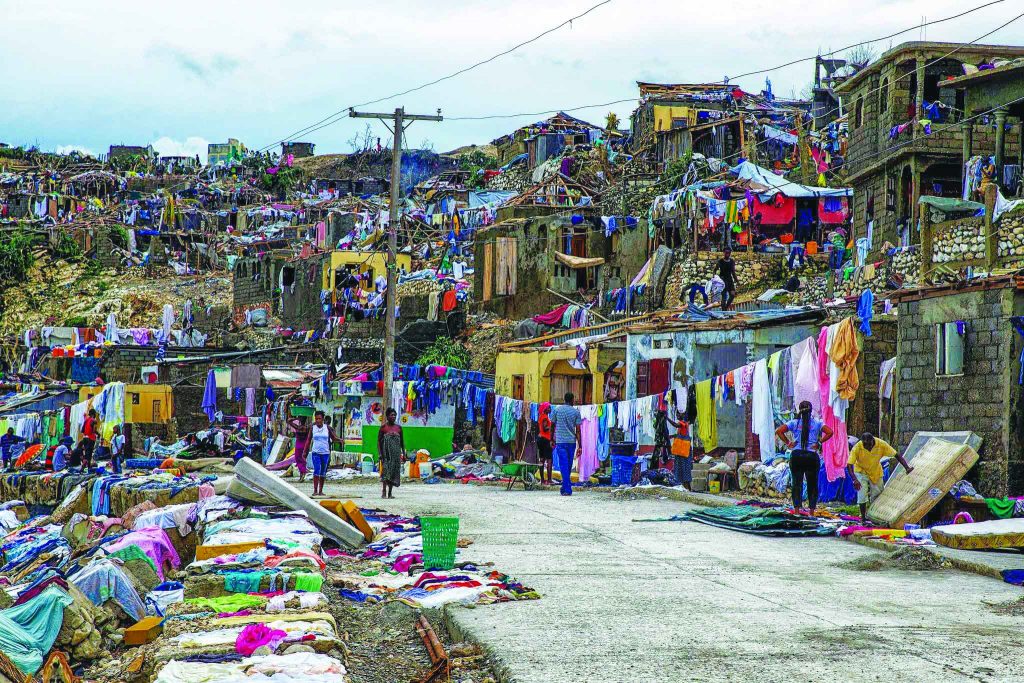 In the eye of the storm

Alabama church members, in Haiti for a preaching seminar, rode out Hurricane Matthew in one of the hardest hit areas. Now they plan to help Haitians rebuild.
Chellie Ison

It was not the homecoming Harry Hames expected.

As he walked off his plane after landing at an Alabama airport, Hames, a member of the Flint Church of Christ in Decatur, was greeted by signs and cheers as his wife, children and grandchildren rushed toward him.
‘We were holding our breath that we were going to get back.’
“We stood there and hugged and cried for about 15 minutes. It was very emotional,” Hames told The Christian Chronicle. He had left his truck at the airport and said he thought he’d simply drive himself home. His family thought differently.

Just days earlier, they had sat waiting, praying for the phone to ring. They didn’t yet know if he had survived Hurricane Matthew. 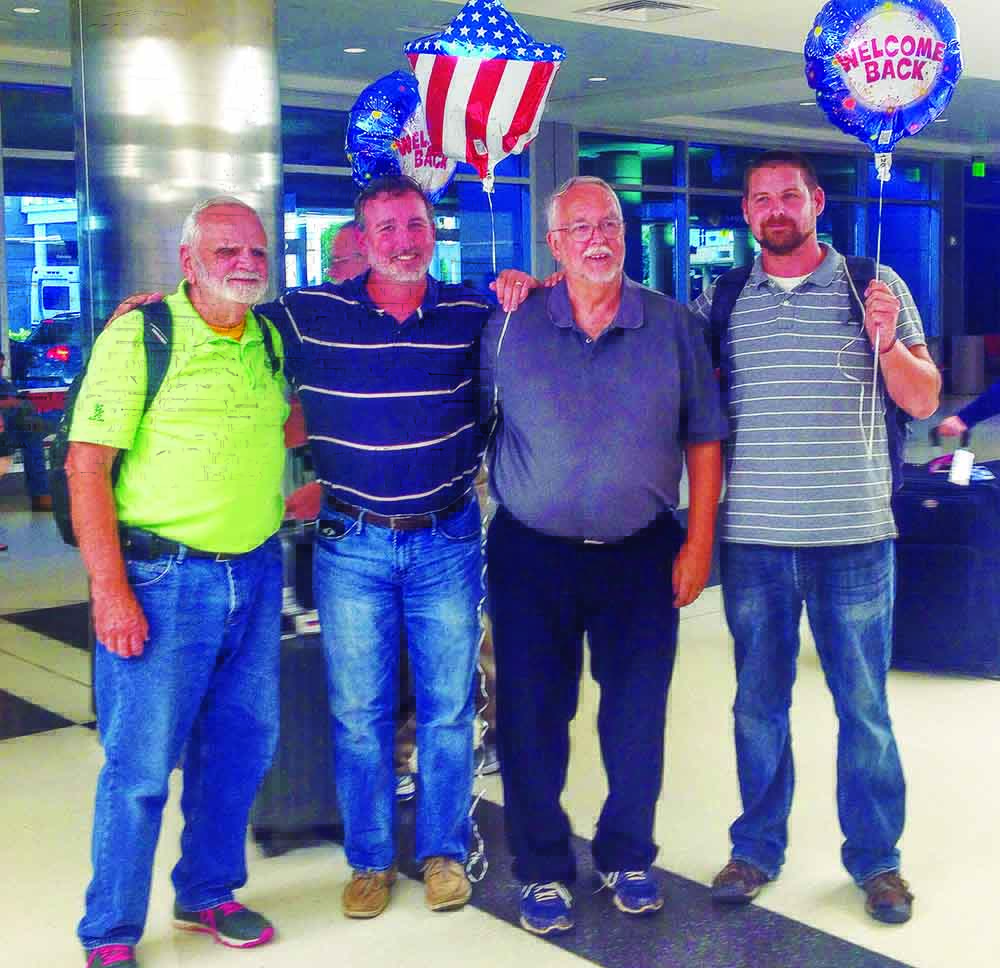 They were there conducting a preaching seminar. Hearing the storm was headed right toward them, they canceled classes and encouraged the men to get to safety.

The four Americans, along with six Haitian preachers, decided to ride out the storm in their motel room.

“It was just a huge roar, and the wind was going sideways,” Hames said. “We got down to pray because we weren’t sure we were going to survive it.”

When the storm passed, the damage was beyond what they could have imagined. 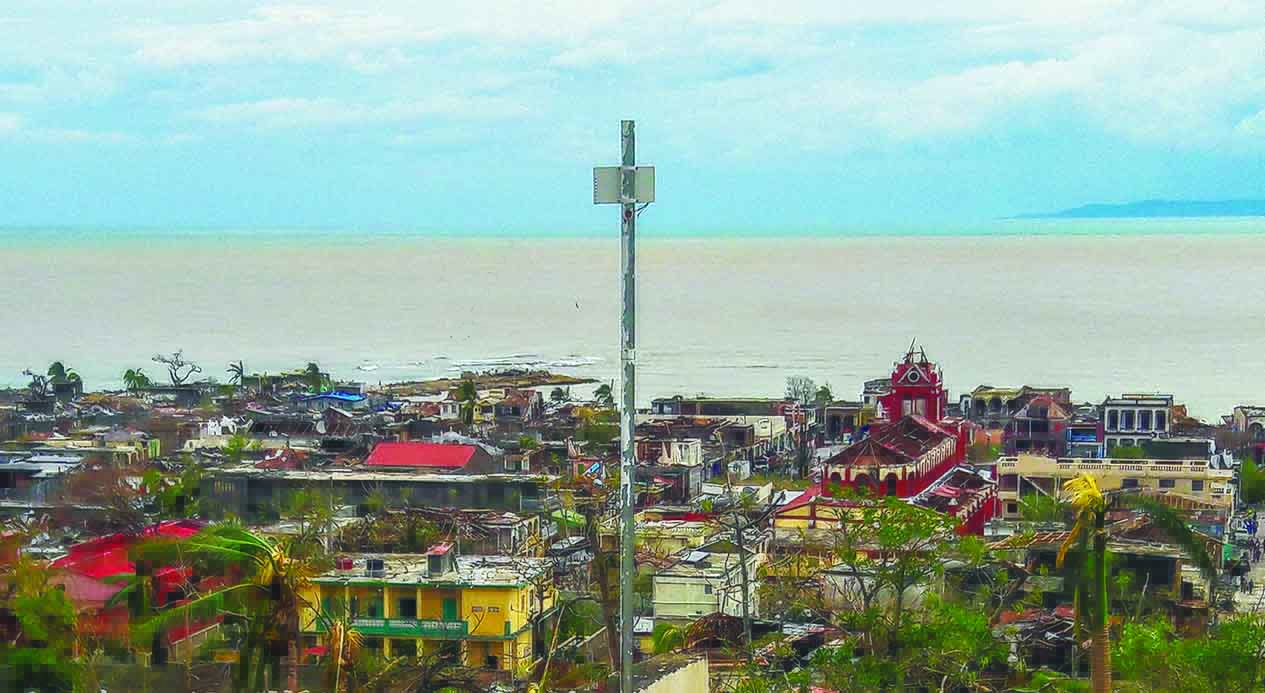 Hurricane Matthew tore roofs from many of the buildings in Jérémie, Haiti. (PHOTO BY CHRIS PRESSNELL)

“When we walked out and saw the destruction, the trees and the power lines down, the roofs of homes gone, gates blown over, it was sobering to see all of that destruction,” said Chris Pressnell, minister for the Flint Church of Christ in Decatur, Ala.

“Every building, every tree was destroyed except the building we were staying in,” Hames said. Satellite photos show Jérémie before and after Hurricane Matthew. Jérémie, a city of just over 30,000 people, was one of the hardest-hit areas. Trees fell like dominoes. Roads became impassable. The winds ripped the roof from the Catholic church. Haitian officials estimate more than 1,000 people perished in the storm.

Back in Alabama — and across the U.S. — Christians prayed that the men would be found alive.

Hames said they believed they would eventually make it home to Alabama, but their hearts ached for those around them. 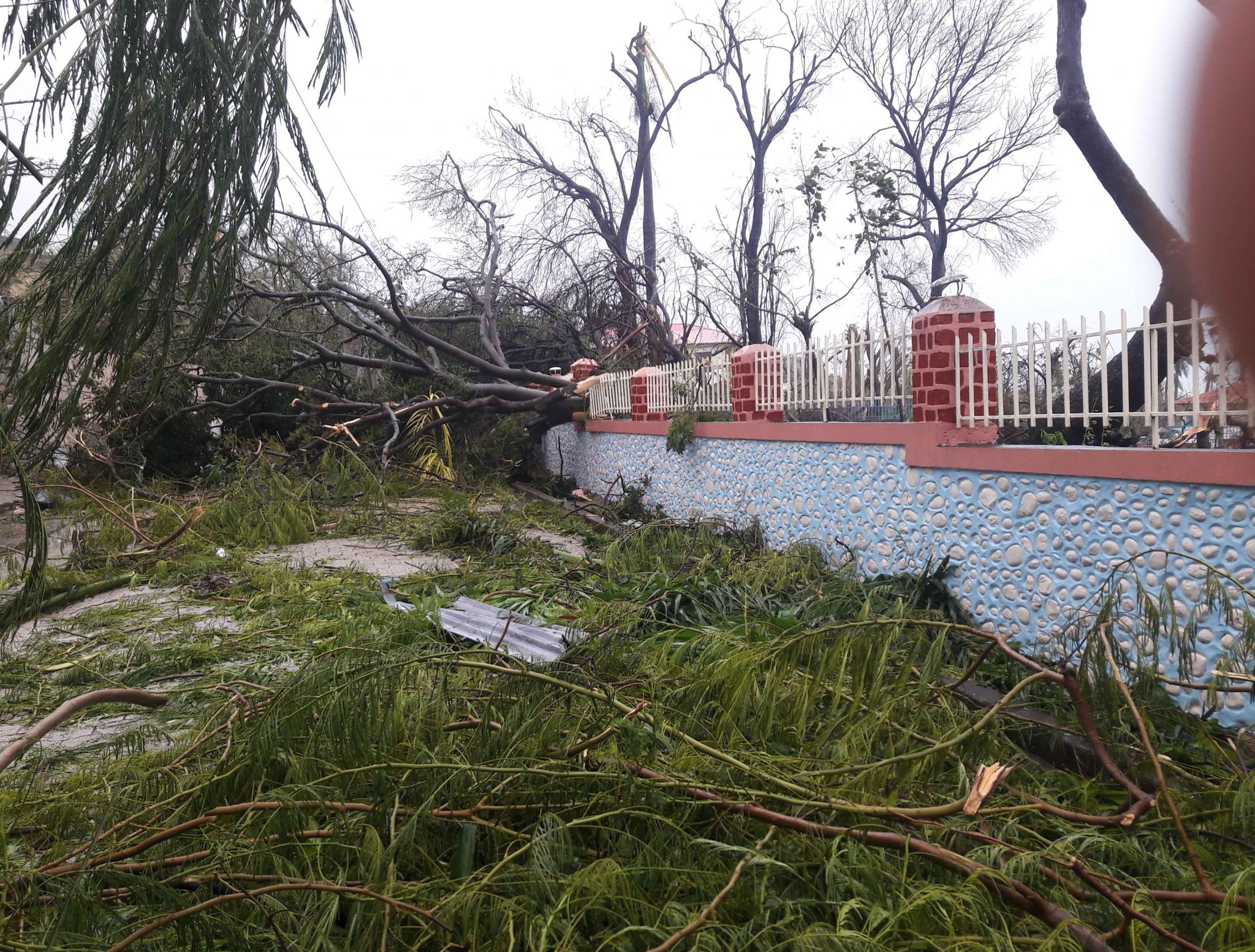 When the men walked out of their hotel room, after the storm, this is what they saw. (PHOTO BY CHRIS PRESSNELL)The men pooled their money to buy large bags of rice and beans and shared them with the Haitian ministers, asking them to distribute the food to those in need.

Cut off from all cell phone service and electricity, they found a man with a satellite phone who sent word home they were alive.

They knew they had to get to Port-au-Prince, but the 180-mile trip would not be easy. Many of the bridges and roads were destroyed.

They loaded into a passenger van with a driver, an interpreter, an elder from a nearby church and a Haitian preacher who had traveled with them from Port-au-Prince.

The first bridge they came to was gone, but locals had created a makeshift replacement from logs and boulders. They made it safely across. 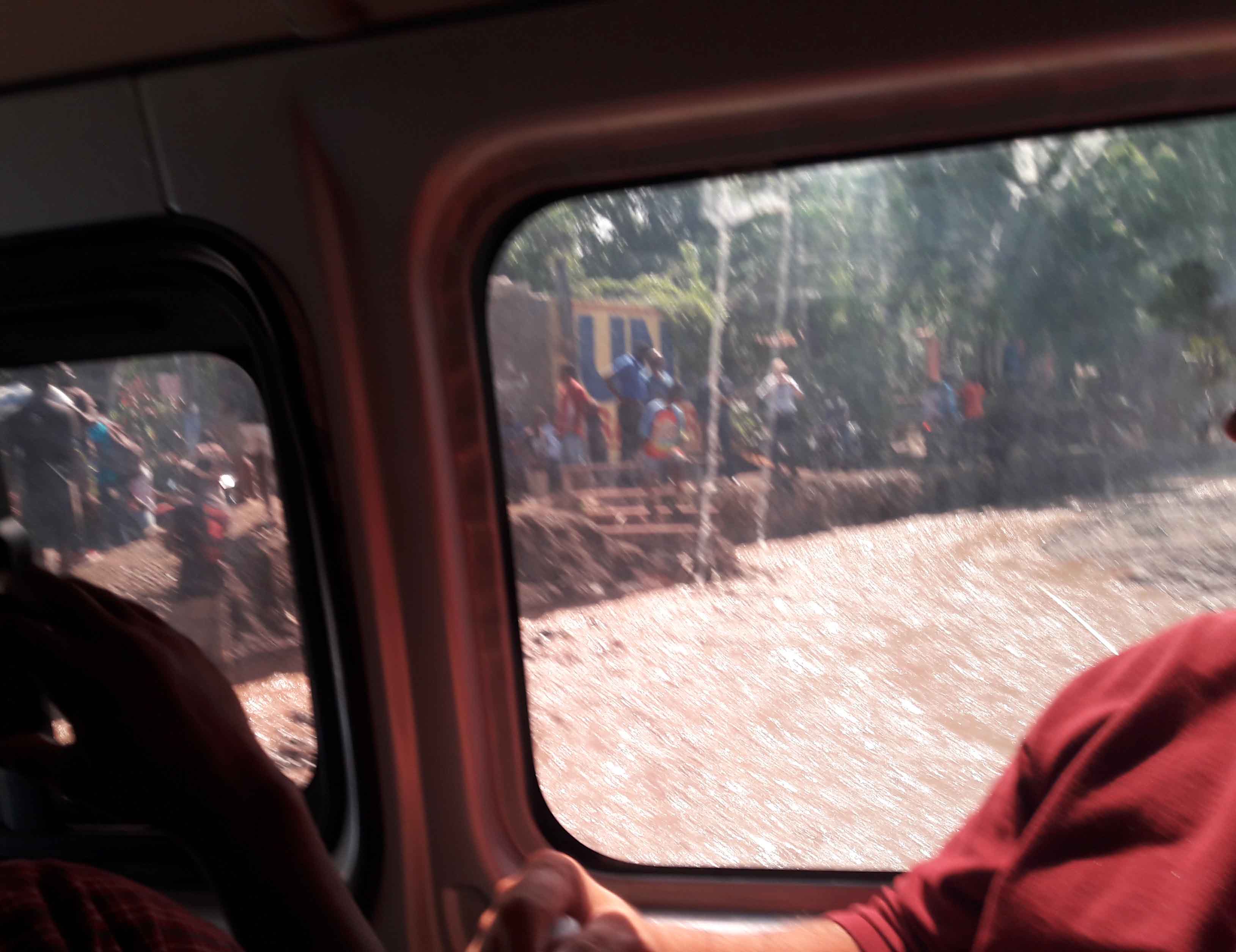 Looking out of the window of the van as they drove through the river. (PHOTO BY CHRIS PRESSNELL)When they came to another downed bridge, their driver traveled along the bank until he came to an area that seemed shallow enough to pass through. He built up momentum and rushed through the water, making it to the other side.

The vehicle slipped and slid through areas devastated by ocean waves, rain and mudslides. Twice, crowds of Haitians stopped them and demanded money.

“We were holding our breath that we were going to get back,” Pressnell said.

As they neared the top of a mountain, their phones began to ding — the first sign of cellular service. They stopped just long enough for each man to finally, briefly call home.

“That was emotional, just to get to hear their voices,” Pressnell said of his family.

After more than eight hours, the men arrived in Port-au-Prince.
‘Every building, every tree was destroyed except the building we were staying in.’
Despite the hurricane — one of many disasters endured by Haiti, including the devastating 2010 earthquake — Hames said he knows God is working there.

“We came away not disappointed that we couldn’t finish the lectureship,” he said, “but glad we could share God’s love with them through the storm.”

Now, back home, Hames and the others work to coordinate shipments of food, medical supplies and personal items to help those in Haiti. Hames said 100 percent of the funds donated will be used to help those affected by the hurricane.

Hames plans to return to Haiti by the end of October to help rebuild the church in Jérémie.

Donations to help with the work in Haiti can be sent to the Flint Church of Christ in Decatur, Ala. Hames says 100-percent of the money raised will go directly to Haiti relief efforts.

Those wishing to help can also donate through Healing Hands International.