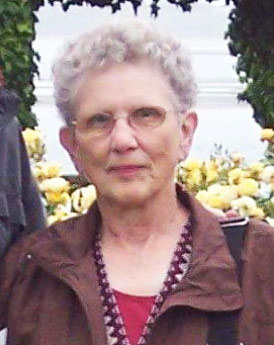 My recent Inside Story column on baseball drew a precious response from a reader.
I thought about editing Darlene Larson’s e-mail but decided to share it in its unvarnished form. Please forgive any misspellings or typos since she had no idea that we’d publish it (although she was quite pleased when I told her that we would).
Here goes:

I was reading my new copy of Christian Chronicle and came across, “Time at the ball park hits home run”.
I must introduce myself:  Darlene Larson, Widow 8 years, age 76 and attend the Wellington, KS Church of Christ.  I am a avid Texas Ranger Fan and mainly this year the Round Rock Express as the manager is Bobby Jones who I know and have followed since 1981.  I have had a few e-mails from him lately.  I have met Ron Washington, Scott Coolbaugh, Nolan Ryan, and Eric Nadel and Tom Grieves (who had My husbands) own personal,Texas Ranger uniform made for him.  We wore out 3 cars between Wichita, Tulsa, OKC and Arlington, with T Ranger connections.  I got to meet George W Bush in Arlington on my 35th wedding anniversary and he autographed my Score Book.  I also got to meet him in the Tulsa Driller ball park one day before a game and we were invited inside park before gates opened.  I also know the Omaha, Neb manager as met him in Ranger org., Mike Jirschele.  I loved Ivan “Pudge” Rodriguez and have met him.
I have been very blessed in my life through baseball as my husband (passed away 4/20/2003) and I  flew to St Louis in 1954 on honeymoon and saw 7 major league games…….at the time we were Brooklyn Dodger fans, I was able to meet and get autographs of Roy Campanella,  Jackie Robinson (before they could stay in same hotel with the others), Pee Wee Reese, Jim Gilliam, Johnny Podres, Gil Hodges, Preacher Roe, Sandy Amaros and so many more over the years……………I knew every Texas Ranger  AA, AAA &  Parent Team for several years and since Dick’s death I can only listen on radio.  Now the above are the main ones I know today in Texas.
I have been a World Bible School Teacher since 1981 also and have been priviledged to correspond with almost 8,000 over the years, mainly in Nigeria and Ghana.  It has been a very rewarding life that I have had. We are wheat farmers south of Wichita, Ks right on the Oklahoma, Kansas border.
I have a collection of Baseball shirts but mainly now all of “Bobby Jones up to say almost 2000 season.
I am so excited to read over and over your write up in my Christian Chronicle and would give anything to be a tag along to some of your exciting games.  One of the coldest times of my life was in August at Wrigley Field in Chicago. I went by The White Sox stadium on the Amtrak in June but that was as close as I could get.
I hope I have not worn you out with my tales but what a lot of good times baseball has given me and you have been.gif?Action=thumbnail&Width=460&algorithm=proportionalted to meet good Christian people. I probably did but didn’t connect at the time.
Thanks for the Write up in my paper………….Great to come in contact with a Christian Baseball Fan.  I pray that God keeps blessing you in your work.
Darlene Larson, Milan, Kansas