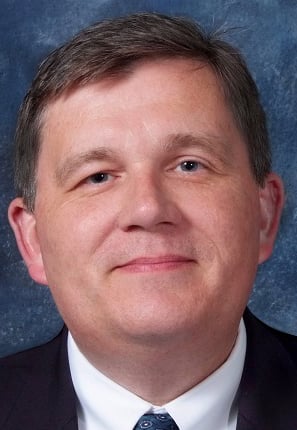 Tom Gates
They triumphed over him by the blood of the Lamb and by the word of their testimony; they did not love their lives so much as to shrink from death.
— Revelation 12:11, New International Version

When Osman made the decision to follow Christ, his father and two brothers nearly killed him.

Osman is not his real name — it’s an Arabic word that means “servant of God.” And he is.

He came to the Gospel in the Middle East, reached by a work supported by Churches of Christ across the nation, including here in Alabama.

When we learned of Osman’s situation, we offered prayers to God and donated funds for his hospital care.

Thanks be to the Lord, Osman recovered from his injuries.

His mother was so moved by the unexpected acts of love by people who had never met her son that she was converted to Christ within a few months. Soon thereafter Osman’s father also became a follower. They shared their newfound faith with Osman’s two brothers, who lived hundreds of miles away in another country.

Just a few months ago, Osman’s parents felt the time was right to see these two sons face to face. They traveled to meet them, taking along with them one of Osman’s daughters, age 4.

Before they reached their destination, three men confronted the family and took them to a remote location. The men beat Osman’s parents to death and severely injured his daughter.

Sadly, two of the attackers were the sons Osman’s parents hoped to share Jesus with.

Once again, Christians from around the world offered prayers and financial support to help Osman’s family with his parents’ burials and his daughter’s medical care.

By the grace of God, the little girl has recovered and is doing well.

Today, Osman holds no grudges against his brothers. He knows that his parents are in heaven and that here on earth their story is working to the furtherance of the Gospel.

This story continues to generate interest among Muslims. What would motivate Osman and his family to risk their lives? Why would people in faraway lands send money repeatedly to strangers in the Middle East?

No doubt, the call of Jesus will result in many new disciples. Even one of Osman’s brothers, who took a modicum of pity on the little girl during the attack, has become open to our Lord’s message of grace, love and mercy.

TOM GATES serves on the missions committee of the Mayfair Church of Christ in Huntsville, Ala. The church partners with the Riverchase Church of Christ in Hoover, Ala., in Middle East missions. To support the work, or for more information, contact [email protected] .
MORE ON OUTREACH TO MUSLIMS
• The long road from Baghdad: A missionary to Dearborn, Mich.

• Don’t judge this book on Islam by its cover

•  Muslims among us: Can Churches of Christ engage in meaningful dialogue?