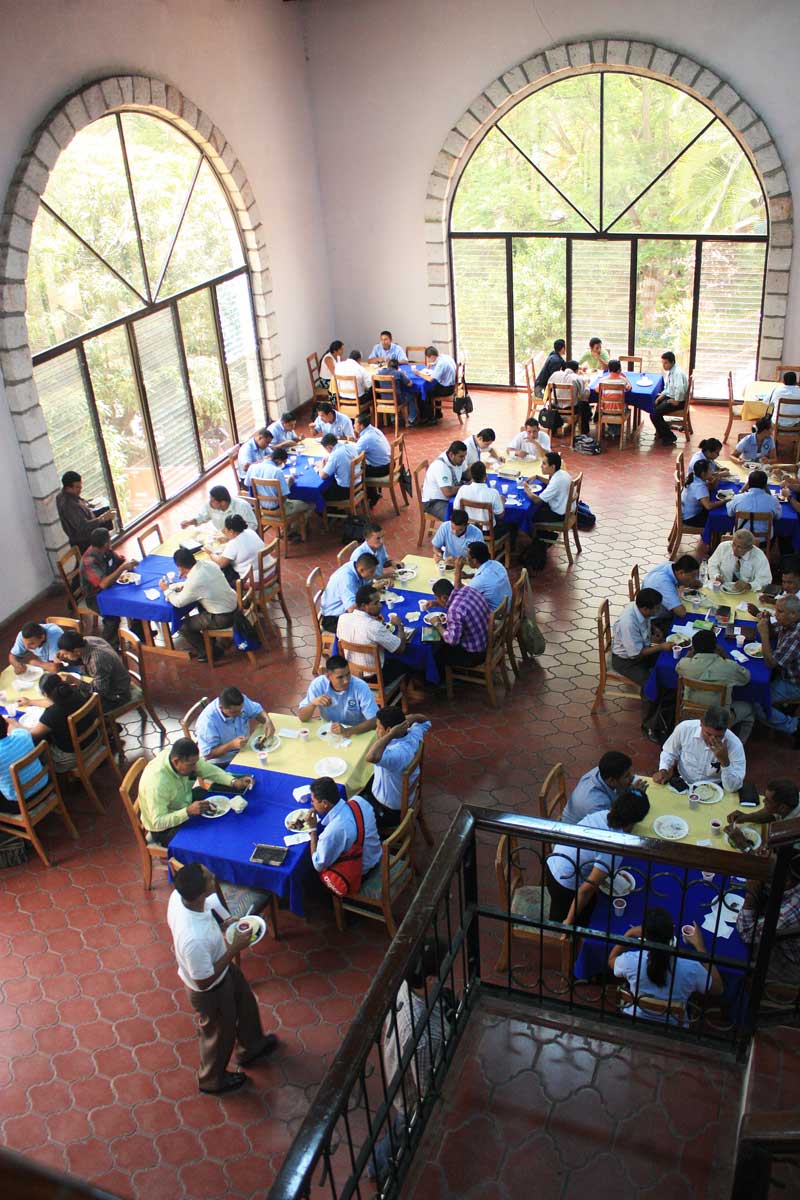 In Honduras, Christians stress need for church planters — and leaders — in Latin America

Blogging live from Tegucigalpa, Honduras
If you like stairs, you’ll love the Baxter Institute of Biblical and Cultural Studies.

Lunchtime at the Baxter Institute in Tegucigalpa, Honduras (Photo by Erik Tryggestad)

The ministry training center, like most of this mountainous Central American capital, has a lot of ups and downs. In the past 24 hours I’m pretty sure I covered more vertical distance than horizontal as I walked from classroom to classroom, shooting photos and conducting interviews during the institute’s annual “Seminario Baxter.”
Figuring out which stairs go where on this beautiful campus also is a bit of a challenge. (I’m pretty sure M.C. Escher designed this place.)
About 150 Christians are here from countries across Latin America — Honduras, Guatemala, El Salvador, Nicaragua, Cuba, Panama and Ecuador, to name a few — to attend classes on spiritual development and hear speakers including Robert Hooper, a church history scholar and longtime professor at my alma mater, Lipscomb University.
The Institute, which moved here from Mexico City in 1978, trains Latin Americans to reach Latin America. Students come here from across the region to train in a four-year program. The Institute also offers a weekend program for evangelists who live nearby and a correspondence degree for those far away.
In Central America, it’s hard to find a Church of Christ preacher who doesn’t have a diploma from Baxter on his wall.
I was delighted to see Juan Jose Flores here. He’s a Baxter graduate and minister in Ibarra, Ecuador. I met him and his family during a 2009 reporting trip to Ecuador. (See a related story from that trip.) Flores gave a brief devotional on Judges 19:22 before Hooper spoke at the seminar. He talked about God’s call for us to be a distinct people, avoiding the ways of the world. 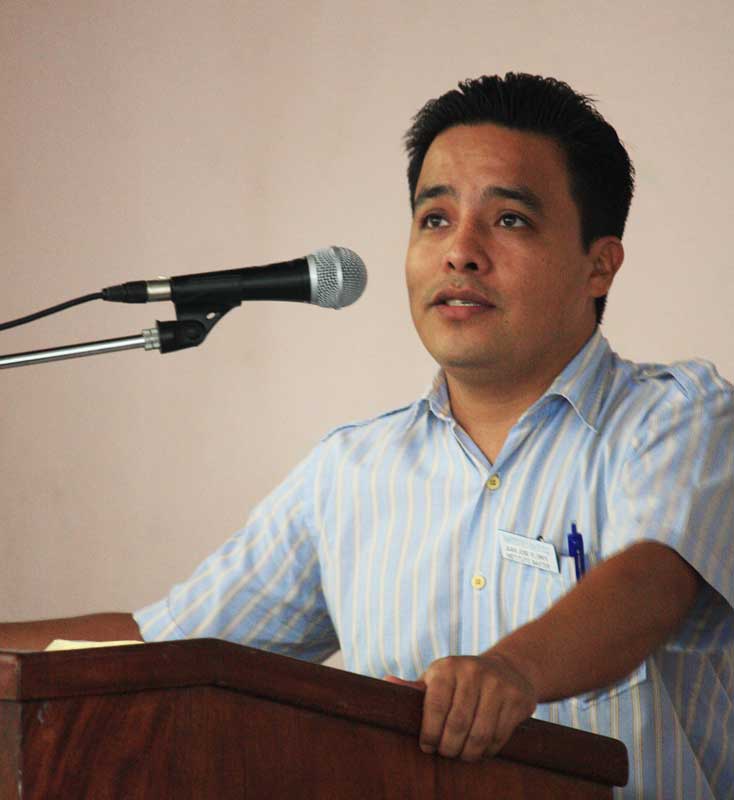 “We have excellent theology,” Flores said of the churches in Latin America, “but we don’t show the true church to the world.” Instead of letting the Word of God transform hearts, Christians here are tempted to focus on issues that divide.
When Latin Americans see a bodies of believers split by doctrinal issues, they “don’t know we are the church,” Flores said.
Rene Rosa, another Baxter graduate and a former teacher here, now works with a congregation in Santa Rosa de Copan, Honduras. I sat in on his seminar class about fasting — a subject many Latin American Christians rarely study, he said.
Leadership is a key issue issue among Latin American Churches of Christ, Rosa said. Training future elders and deacons and encouraging churches to plant new churches are two elements of his ministry. Too often, Latin American Christians rely on graduates of preacher-training schools to shepherd the flocks on their own, he added. Though congregations have grown rapidly in Central America, few have elders and deacons.
“If the church has no trained leadership, the church is not going to develop by itself,” Rosa said. 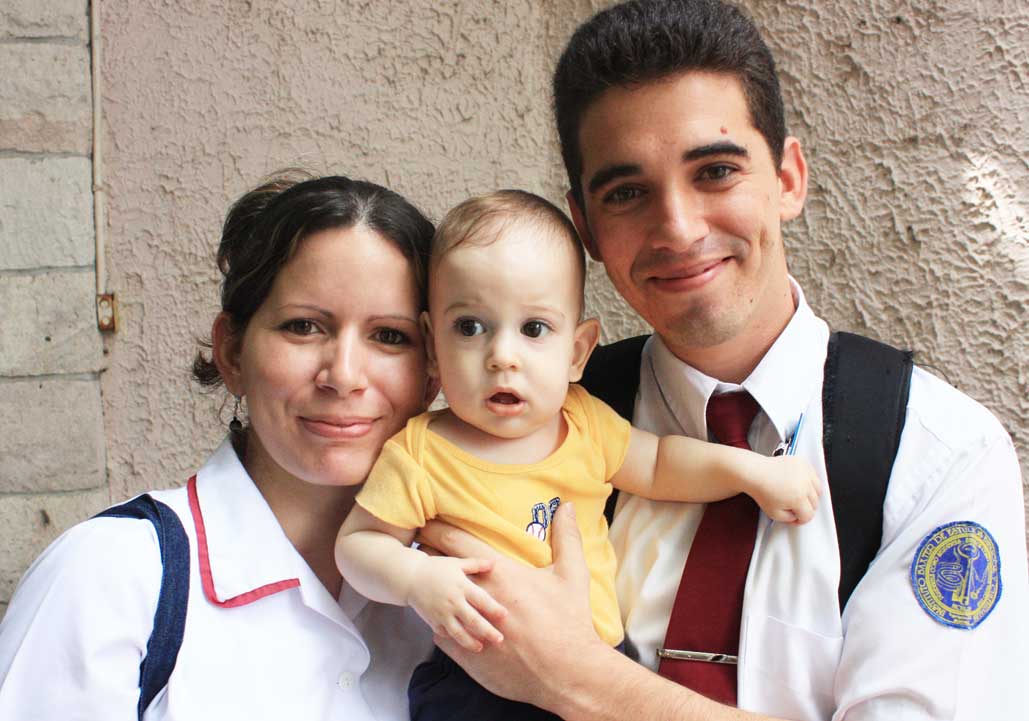 Madelin and Osbel Triana with their 7-month-old son, Harry (Photo by Erik Tryggestad)

In addition to leadership training, Latin Americans also are taking the initiative to plant congregations where few or none exist. I spoke with Osbel and Madelin Triana, who came here from Matanzas, Cuba, to train at Baxter. Next year they will complete their training and return to Cuba, where they hope to plant congregations in the province of Mayabeque, which has about a half-million souls and only two Churches of Christ.