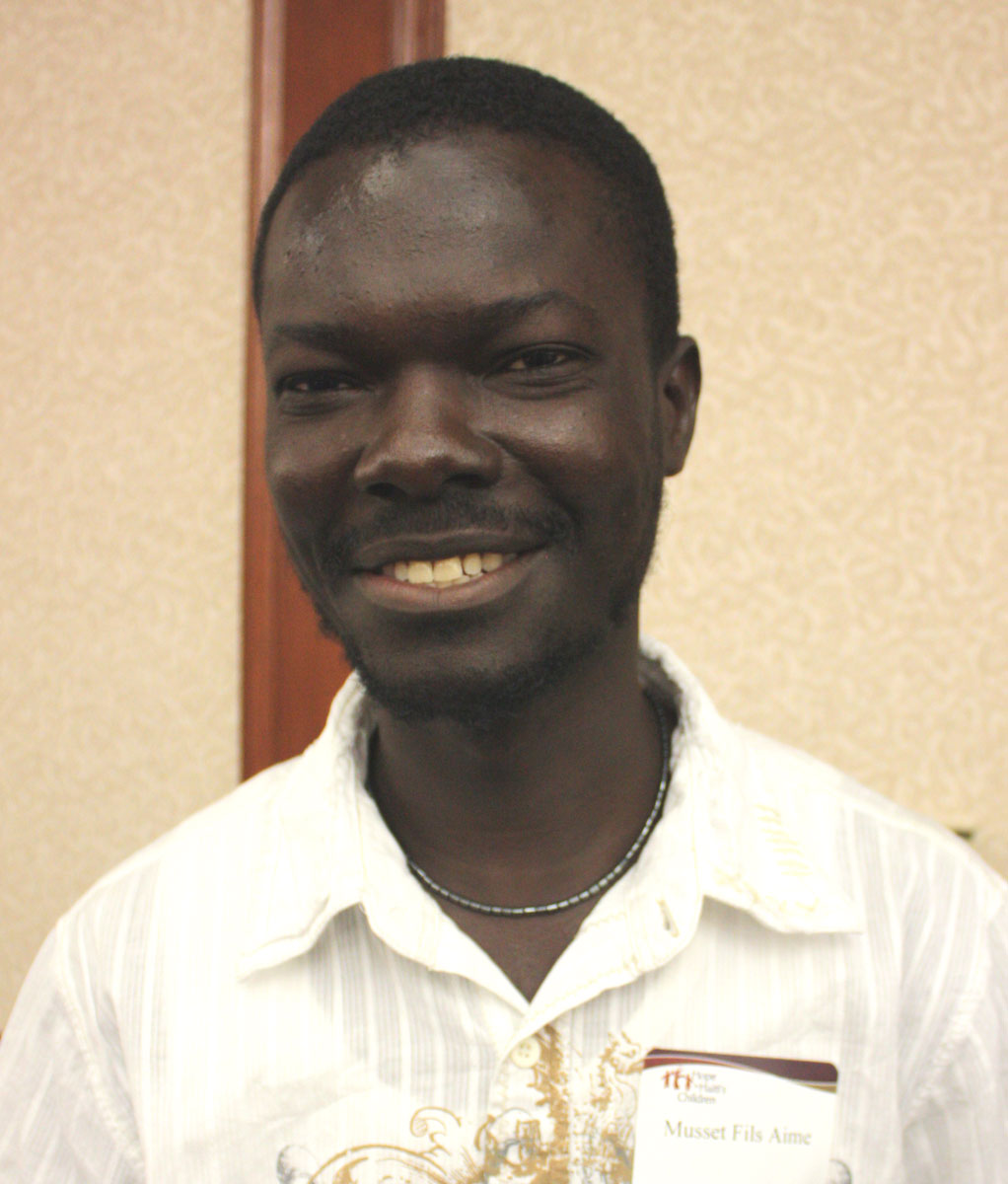 In Haiti, ‘lives are improving, leaders are emerging’

Blogging live from Oklahoma City
“Rebuilding and Sharing Hope” was the theme of a fundraising breakfast sponsored by Hope for Haiti’s Children on the campus of Oklahoma Christian University.
The Sugar Land, Texas-based ministry, supported by Churches of Christ, sponsors children’s homes and Christian schools in Haiti. They work closely with Haitian minister Jean T. Elmera and the Delmas 28 Church of Christ in Port-au-Prince. (See my interviews with Elmera just after the Jan. 12, 2010, earthquake in Haiti and just before the one-year anniversary of the quake.)
Ken Bever, a graduate of Oklahoma Christian and founder of Hope for Haiti’s Children, talked about the ministry’s response to the earthquake and the huge number of baptisms that followed the catastrophic event. Since 1995, when the ministry began, Haitian Christians have planted more than 60 congregations and launched 22 Christian schools.
The ministry has a “Rebuilding Hope 2020” vision that includes creating a permanent relocation community for people displaced by the quake. The ministry also is developing a compound on 25 acres outside of Port-au-Prince in the community of Thomazeau. The compound will include a new orphanage.
The ministry plans a youth leadership conference for Haitian Christians that will emphasize servant leadership, Bever said, adding that, among Haitian churches, “lives are improving, leaders are emerging.”
One such leader is Musset Fils-Aime, a Haitian who was born in Port-au-Prince and orphaned at age 8. His stepmother brought him to a Hope for Haiti’s Children orphanage, where he was raised. He attended Christian schools and was baptized in a Church of Christ.
“My desire is to serve God by becoming a mechanical engineer,” he told attendees at the breakfast. Fils-Aime received a scholarship and support from U.S. Christians to study at Oklahoma Christian.
“My goal is to go back to Haiti and help rebuild,” he said.
Here’s a video from earlier this year that tells a bit about the rebuilding of the Delmas 28 Church of Christ and Christian school after the earthquake.
httpv://www.youtube.com/watch?v=c0JEXAriDzs