Christians meet to ponder their continent’s refugee crisis — and find opportunity to serve at their doorstep.

Erik Tryggestad
President and CEO
As Christians from Europe and the U.S. gathered for an annual retreat in Germany, they discussed ways to minister to the thousands of refugees flowing westward from the Middle East.

The souls they hoped to serve, it turns out, were only blocks away.

Walking the snowy, Bavarian streets of Rothenburg ob der Tauber in search of a store, a couple of retreat-goers encountered a Middle Eastern man living in a nearby youth hostel. The believers later visited the hostel to learn more about the refugees, some of them Coptic Christians from Iran who said they were forced to flee the Islamic republic because of their faith. 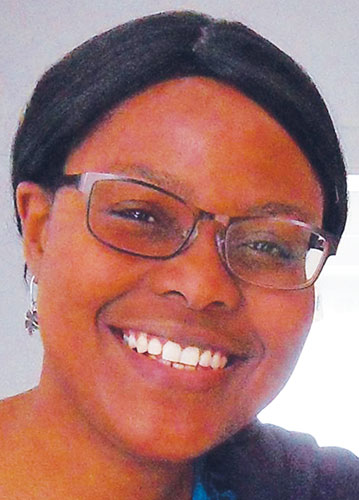 FarrayThough the German government provides for their physical needs, “what they really wanted and needed were friends,” said Sheritha Farray, a church member from Eindhoven, Netherlands. “Little by little, slowly, they kept coming in, and they joined in the conversation.”

Many survived the horrors of Islamic State militants in war-torn countries such as Syria and Afghanistan — only to endure more suffering as they made their way into Europe, said Bill McDonough. The former missionary to Germany talked with refugees who said they crossed from Turkey to Greece crammed into a raft with 50 people. About 20 drowned in the choppy waves of the Aegean Sea.

As they said their goodbyes, Dino Roussos and Dimitris Argyropoulous, ministers for the Glyfada Church of Christ in Athens, Greece, led the Christians in song for the refugees.

Petitioning God at the gates of the city : Participants in the Euro-American Retreat sing “Veni, Veni Emmanuel” (“Oh Come, Oh Come Emmanuel” in Latin) at the gates of the ancient city of  Rothenburg ob der Tauber, Germany. As members of Churches of Christ from across Europe and the U.S. gathered for the annual celebration, they blessed the community with music, said Keith Lancaster, longtime participant in the event and director of Acappella Ministries.  RELATED STORY AND MORE VIDEOS

Back at the retreat, the Christians pondered ways to bind together their efforts to serve the refugees. Churches of Christ in countries such as Hungary, Austria and France already are reaching out to those who arrive in their communities, McDonough said, but need a network. Church members in Central Europe encounter refugees only briefly as they make their way westward and need to be able to refer the refugees to church members in the cities of Western Europe.

Refugees — of Christian and Muslim backgrounds — request Arabic-language Bibles, McDonough added. The ministry he heads, Little Rock, Ark.-based Partners in Progress, is collecting funds for Bibles and other needs.

Eastern European Mission, a church-supported nonprofit that produces Bibles in multiple languages across Europe, is working to obtain and produce Arabic Bibles.

As they seek jobs in Europe, many refugees also want to learn the local language. Let’s Start Talking, a ministry that helps non-native speakers improve their English using the Bible, is translating its workbooks into German, French and Greek, executive director Mark Woodward said.

The church members planned the discussions just weeks before the terror attacks by Islamic militants in Paris. Despite growing fears of Muslim refugees, “the consensus at the retreat was 100 percent that we need to respond to this opportunity and challenge,” McDonough said.

“I believe this is the first real opportunity since the Islamic religion began for Christians to impact it,” McDonough said. “We’ve got to respond. Our European brethren are ready.”