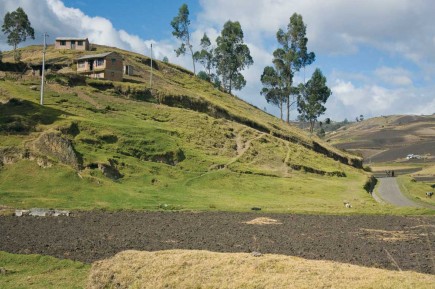 Erik Tryggestad
SAN BARTOLO, Ecuador — The people who live in this mountain village are closer to God than most — 11,118 feet, to be exact.
Stephen Lockwood checks the altimeter application on his iPhone and announces the height — more than twice the elevation of Denver — as the battered Range Rover completes its mountain road ascent.
The small village is home to Ecuador’s indigenous people, whose ancestors predate the Spanish conquistadors. They farm and build among the rugged rocks of the Andes. The only flat piece of land visible for miles is a soccer field near a school. If the ball goes out of bounds, it must drop at least 50 feet.
Lockwood and a small group of missionaries exit the vehicle next to a two-story building bearing the words “Aquí se Reune la Iglesia de Cristo” (The Church of Christ meets here). They wait, just like Louis McBride told them to.
McBride, a longtime worker in Ecuador, recommended the church to the missionaries when they visited his home outside the city of Cuenca.
“Everybody there goes to that church,” McBride said. Just go. The Christians would find them.
True to McBride’s words, a church member named José appears and greets the visitors. He’s been working in the fields, so he shakes hands through the red cloth of his poncho.
José dashes into a nearby tienda and emerges with the universal symbol of hospitality — a three-liter bottle of Coke. After he fills plastic cups and hands them out, he pulls a cell phone from under his poncho and calls Juan Guaman, the church’s minister.
Guaman, clad in an identical red poncho, arrives shortly. He unlocks the church building and gives the visitors a tour. Song books and Bibles here are in Quechua, a language that predates the Conquistadors’ arrival in the 1500s. Most of the church’s 110 members speak Quechua and Spanish.
Speaking in Spanish, Guaman tells the story of his village to missionary Justin Reeger. Most of the people here were nominal Catholics until 34 years ago, when a controversy arose in the local parish. The details don’t all translate, but the result was that many in the village felt disenchanted with their faith.
Then they heard a radio program from nearby Riobamba that talked about being “Christians and nothing else.” Intrigued, they asked a preacher from the Church of Christ that produced the program to visit. He baptized 63 people.
Villagers reacted to the new believers in different ways. Some called them a sect and had members thrown in jail. Some threw rocks. But others started listening. And the church grew. Soon, most of the community was attending services.
Guaman took ministry training courses through Honduras-based Baxter Institute. The church built its facility and supports itself financially.
Since the church entered their lives, families in this mountain village are stronger, Guaman tells Reeger. Many of the community’s old vices have all but disappeared.
“They don’t sell alcohol or tobacco products around here,” Reeger says.
“There’s no market.”
As the guests conclude their visit and say goodbye, Guaman is bombarded by three languages at once. The visitors, speaking in English and Spanish, are joined by two neighborhood children, who chatter requests in Quechua.
Overwhelmed, the minister waves his hands and laughs.
“When we all get to heaven, you know we’re all going to speak one language,” he says. “Quechua.” 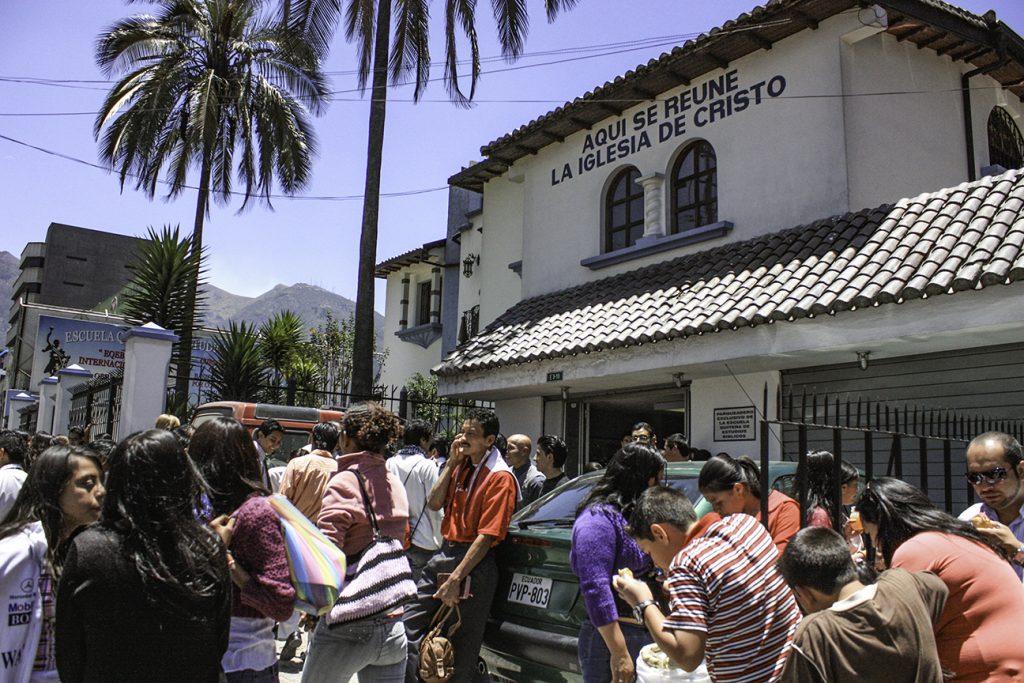