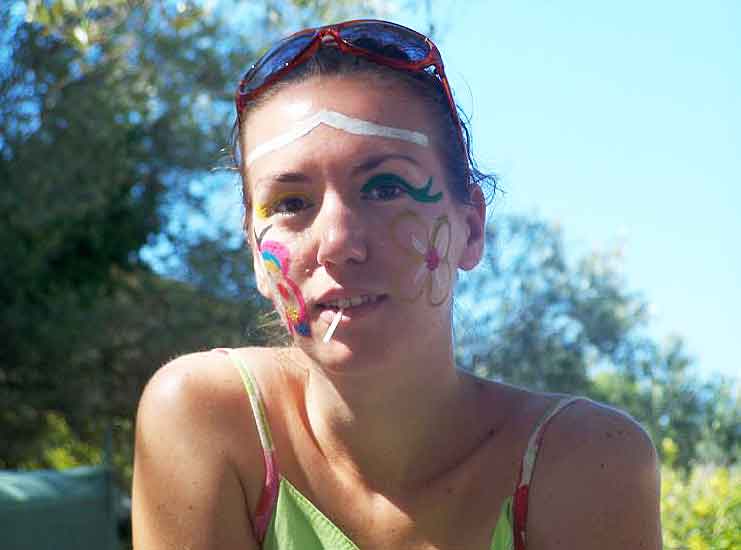 In Albania, church camp not just for kids

Face painting was a popular activity at this year’s church camp in Albania. (Photo provided by Sokol Haxhiu)

I just got a report from Sokol Haxhiu, who works with the Church of Christ in the European city of Tirana, Albania.
Sokol and a team of Albanian Christians put together a three-week Bible camp recently, including week-long sessions for kids ages 10 to 14, 15 to 18 and 18 and older.
(See our earlier blog post about church camps in former Soviet nations.)
Here’s a snippet from Sokol’s report:

In reality, by faith we started thinking and planning a couple of years ago about the possibility of conducting a summer Christian camp in Albania in order to serve all Churches of Christ. This was a sizeable undertaking considering that we didn’t have much experience in setting-up and running Christian camps and also lacked the necessary financial resources for realizing such a project. However, we trusted God and asked for his wisdom and power and we did all we could to make this happening. And God blessed us beyond our thinking and imagination. 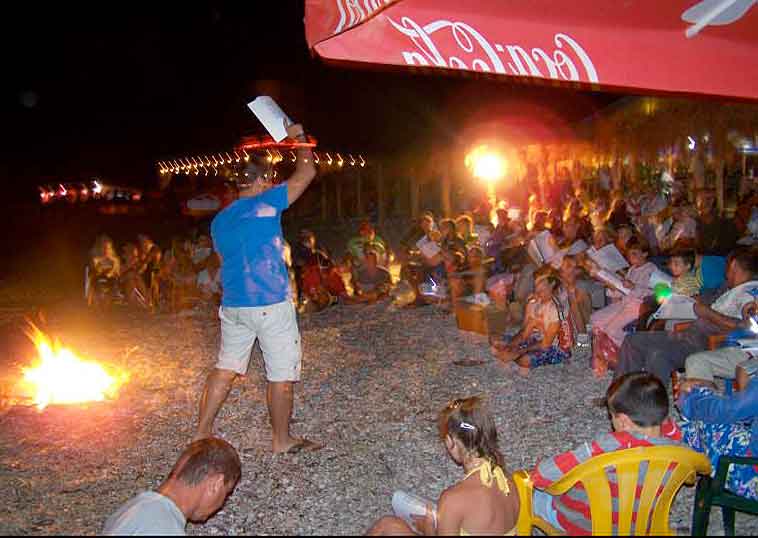 About 270 campers participated, Sokol said. Some were Christians and some were not. One participant came from the nearby nation of Montenegro and another from the U.S. A couple from the Netherlands also participated.
During the third week Albanian Christian families also took part in the camp, “and had the chance to know each other better, to study the Word together, to fellowship with each other, to sing praises and pray together,” Sokol said.
“Such activities for Christian families are very rare or non-existent in Albania,” he added, “and there is a great value in pushing forward and encouraging them because, in the end, we are going to have solid and faithful churches in the country when … there are solid and faithful Christian families.” 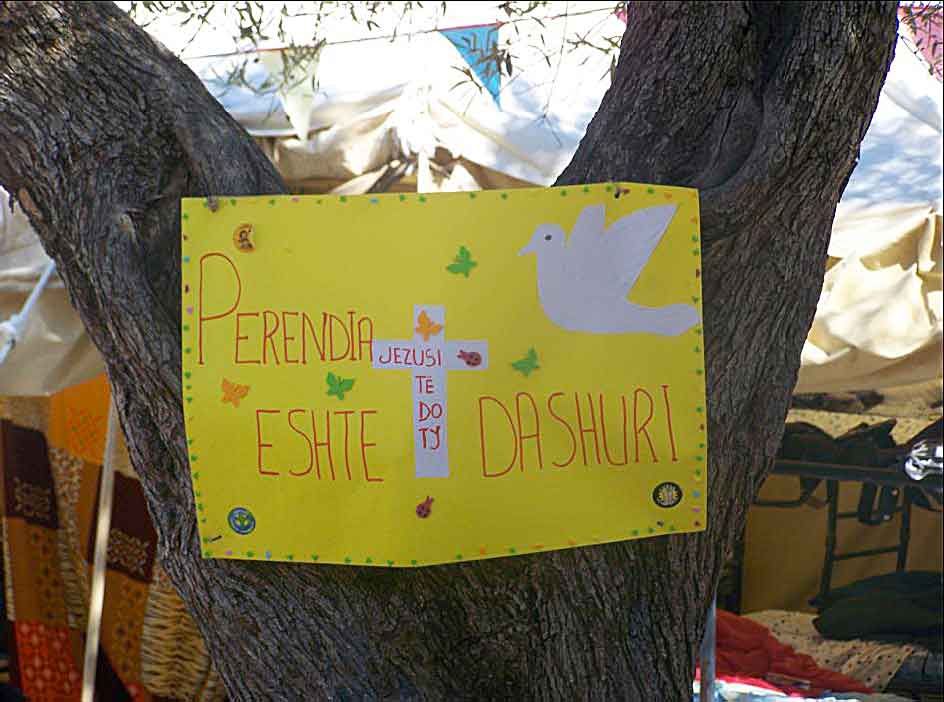 Artwork on an olive tree reads “God is Love” and “Jesus Loves You.” (Photo provided by Sokol Haxhiu)

Thirteen campers were baptized during the three weeks, Sokol said, and church members plan another camp for next summer.
“It is a joy — and it thrills me — to see after around 15 years of existence of the church in Albania a generation of local preachers and teachers very capable and prepared to teach the Word and with a humble heart,” he said. “All the cooperation and contribution for this camp was a sign of maturity of the church in Albania.”
The church members paid for several of the campers who otherwise would not have been able to attend. It costs about $62 US per camper, and the Albanian churches are accepting donations for next year’s camp. For more information, contact Sokol at [email protected]. 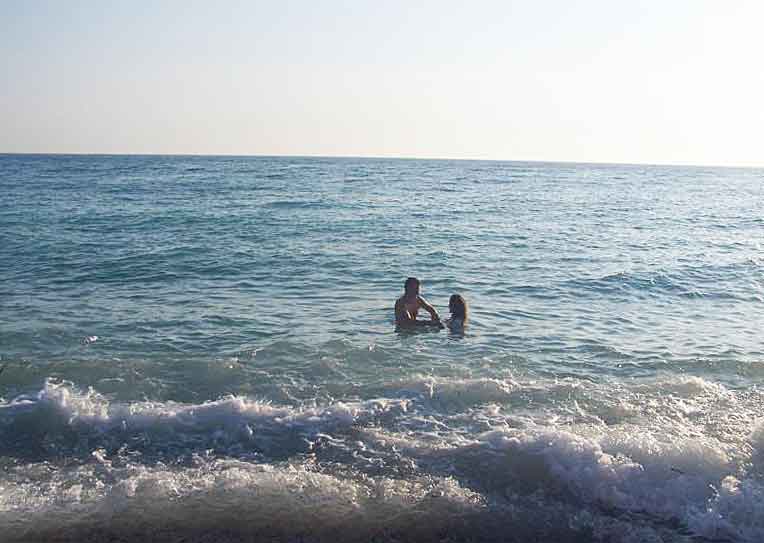