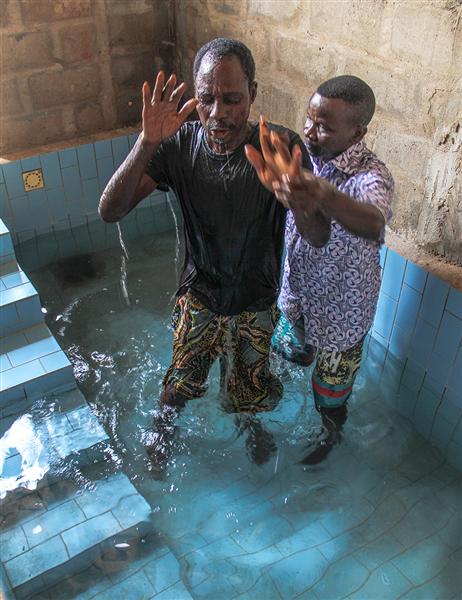 In Africa, an expensive soul gets new life

Inside Story: A bumpy ride to a baptistery prompts reflection on mission funding and the Good Shepherd. 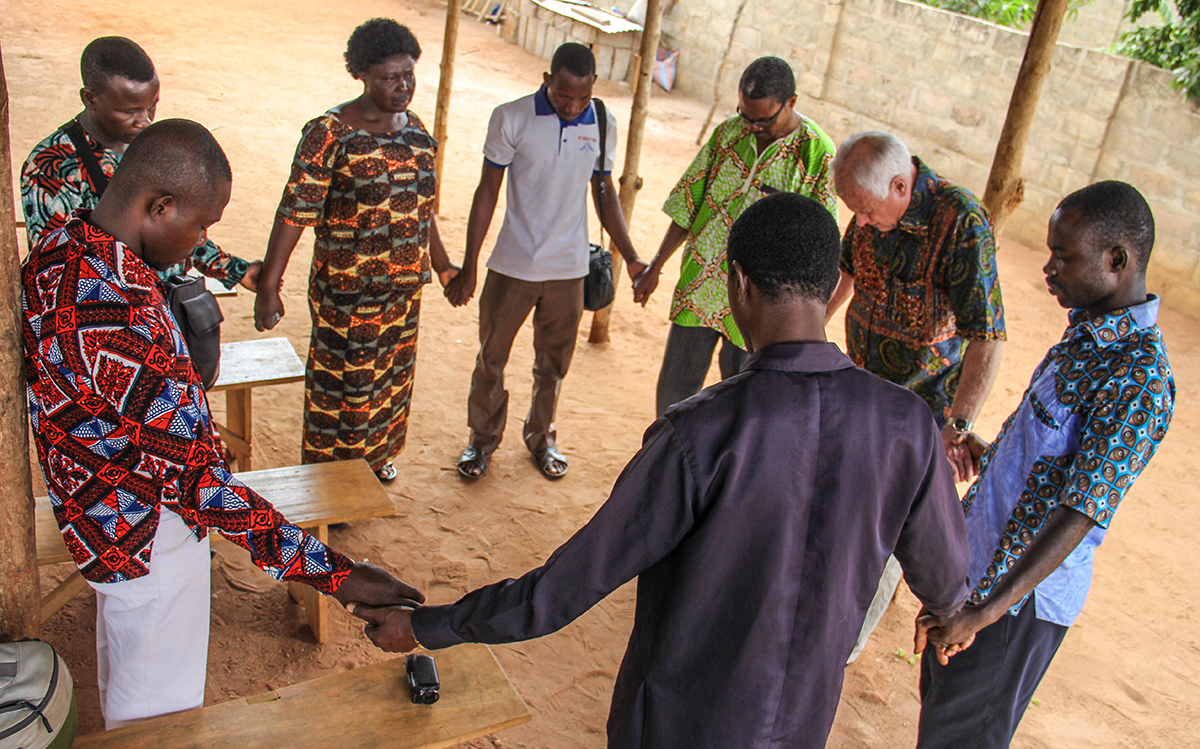 SANGUERA, Togo —  “This man’s soul is expensive.”
It’s an offhand remark, uttered by a preacher named Doh Satiffait (which sounds like “Satisfy” to us English-speakers). He says it without a hint of scorn or malice, and I start to wonder if I’ve made a mistake.
I try to be sensitive to the ways of my African brethren, but giving a guy a ride into town — to be baptized — can’t be a cultural faux pas. Can it?
It’s our last day in Togo, a tiny, sliver of a country in West Africa that you have to squint to find on a map.

Inside Story | Erik TryggestadThere’ no oil here, no brutal conflict, nothing that would attract the attention of the world’s media. But an Eglise du Christ (Church of Christ) in this former French colony just appointed elders — one of the first congregations to do so in French-speaking Africa.
The Wilshire Church of Christ in Oklahoma City asked me to attend the installation ceremony. And I never say no to Africa.
Just like most of my visits to this continent, I’ve spent a lot of time in cars, bouncing along dusty backroads.
With Togolese preachers as our guides, we’ve visited churches, schools and a community garden — works supported by the African Mission Fund, overseen by the Wilshire church.
Wendell and Rochelle Wardell are with me. Members of the Cooksville Church of Christ in Illinois, they’re longtime supporters of the work in Togo. We didn’t know each other when we arrived. Now, after a week in Togo, we’re family. Tonight, close to midnight, we’ll board a plane for Europe before parting ways.

This morning, our first stop is Sanguera, where members of a Church of Christ from another town, Tokoin, have planted a new congregation. After that, we’ll head back into the capital, Lome, to meet with a host of preachers at the Nukafu Church of Christ (the one that installed elders).
The Sanguera church’s entire membership waited nearly all day yesterday for us to visit, to no avail. A ruptured fuel line — repaired thanks to Wendell Wardell’s surprisingly African ingenuity — kept us from making the visit. Such delays are common in Africa. I’m filled with a familiar mix of guilt and resignation. 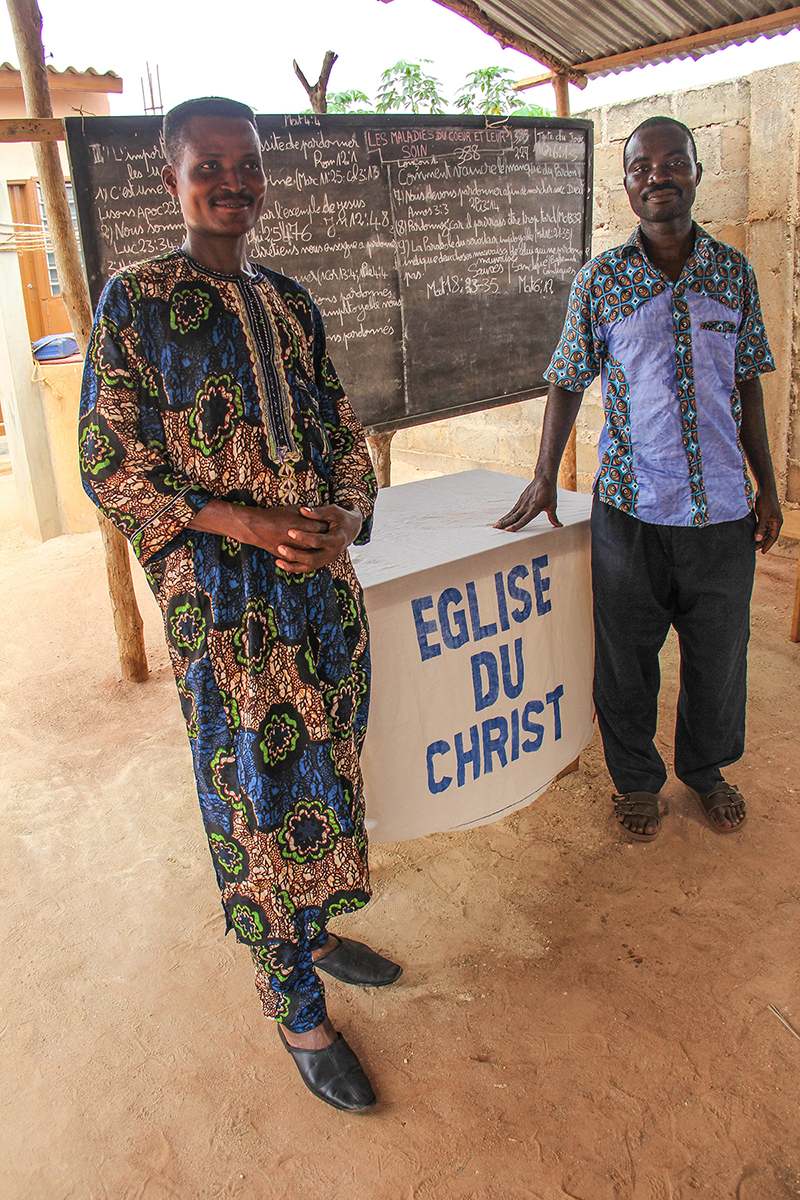 Sagbo Kuma and Kossi Gidigidi at the meeting place of the Sanguera Church of Christ. (PHOTO BY ERIK TRYGGESTAD)

A few members have returned this morning to the church building to meet us. It’s a sheet-metal roof supported by wooden poles and surrounded by a brick wall. Nice, really. I speak with the minister, Kossi Gidigidi. (The Togolese preachers who accompanied us here take immense pleasure in saying his name — over and over.) He introduces me to two recent converts, who tell me how the church has saved them from alcohol addiction.
“When I was in the world, I met with troubles, troubles,” says one, Sagbo Kuma, as Satiffait translates. “But now that I see Jesus, there is great change.”
I scribble down the quote hurriedly, because Gidigidi (yeah, I like saying it, too) and the others are pulling me away. They’re anxious to show us another church, nearby, off a dirt path.
This one meets under a thatched roof. Its members practice a mixture of beliefs from various denominations but genuinely want to do what the Bible says. Gidigidi and others study with them, and several have asked to be baptized. Less than two years since the Sanguera church was planted, its members are planting another church. 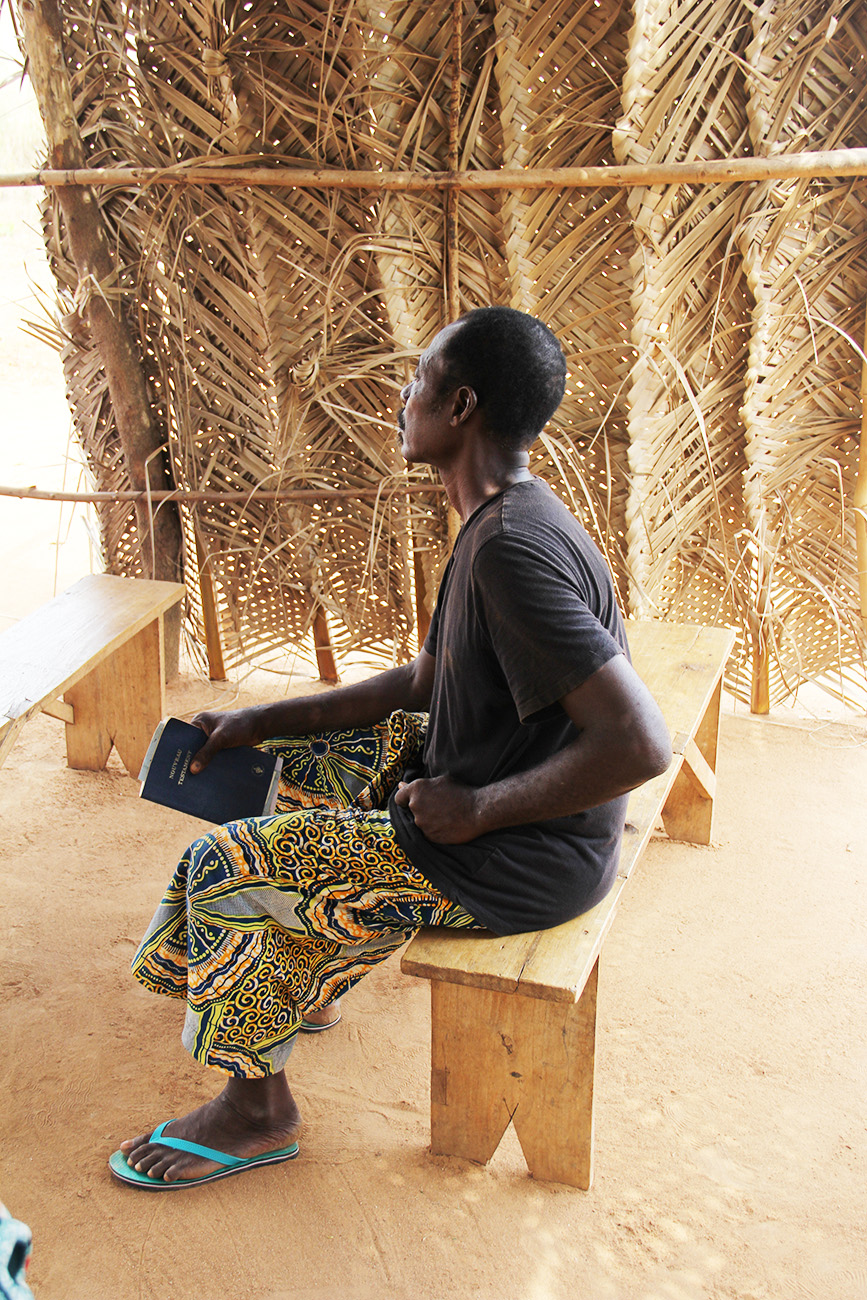 Ekpli Lord Lugard, about an hour before his baptism. (PHOTO BY ERIK TRYGGESTAD)
Six or seven people are waiting for us under the thatched roof. I notice a man, sitting in back, staring intently forward. He’s holding one of those free, Gideon Bibles, his finger stuck between the pages to mark his place. After we pray, he pulls one of the preachers aside.

Esperance Mensah, minister for the Nukafu Church of Christ, listens in and tells us, “OK, this one says he’s ready to be baptized.” The preachers start talking about the nearest water source. It’s still the dry season here. There aren’t a lot of options.

That’s when I chime in.
“Hey, we’re headed back to the Nukafu church anyway. There’s still water in the baptistery, right?”
After an awkward pause, we pile into the sport utility vehicle with our soon-to-be brother, Ekpli Lord Lugard — a royal name to add to a royal priesthood.
It’s about a half-hour drive back into Lome, so someone will have to give him a ride back home — or pay cab fare.
Sandwiched next to Lugard in the back seat, Satiffait makes his “expensive soul” remark, and I start wondering if I should have kept my mouth shut.
I also start thinking about the men and women back home who sent me here. They’ve dedicated resources God has given them to help Africans spread the Gospel in tiny Togo — all but forgotten by much of the world.
I think about the good shepherd from the Gospel of John — the one who lays down his life for his sheep. Or the shepherd from Jesus’ parable in Matthew 18, the one who leaves the 99 to search for that one lost lamb. 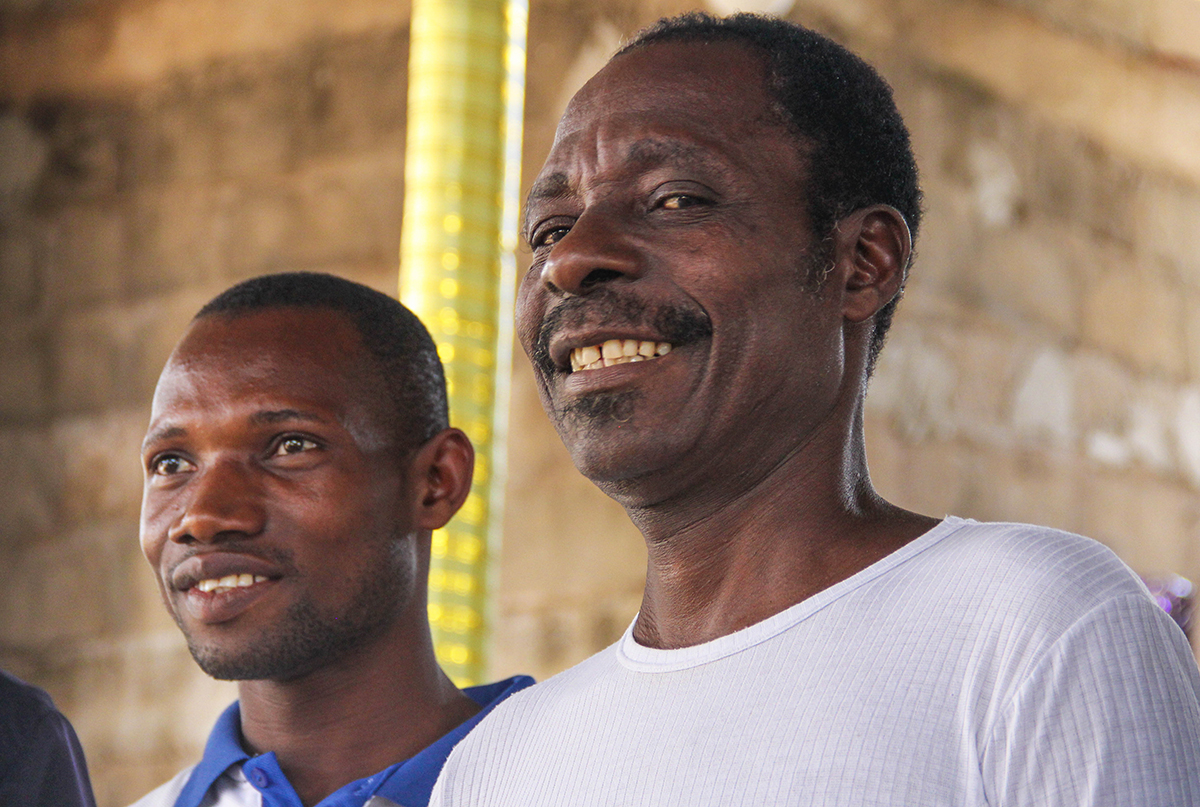 Ekpli Lord Lugard, after his baptism. (PHOTO BY ERIK TRYGGESTAD)
I thank God for the servants of Christ — in Africa and around the world — who labor tirelessly to secure them for eternity.
Yes, each of us has an expensive soul.
And Jesus paid the price.
RELATED COVERAGE: New elders ‘move forward together’ in Togo