Children’s home expands its mission to serve fast-growing segment of the U.S. population.

An accidental explosion at Firepoint Products Inc., the Florida business Zierden co-owned with his 40-year-old wife, Rhonda, killed her and an employee, George Harthman, 54.

Zierden was lost in his own grief and faced with raising the couple’s two young children — Miranda, now 9, and Brett, 7 — on his own.

More stories in this series “We just didn’t really know where to turn or what to do,” Zierden said, recalling the aftermath of the May 7, 2016, tragedy. “I’ve never been a mom.”

Enter Mount Dora Children’s Home, which is associated with Churches of Christ.

“It was obvious that he was a hurt man,” social worker Johnnie Coley said. “So when he came to us, we brought him in. We loved him. We used all the resources that God has given us to help.” 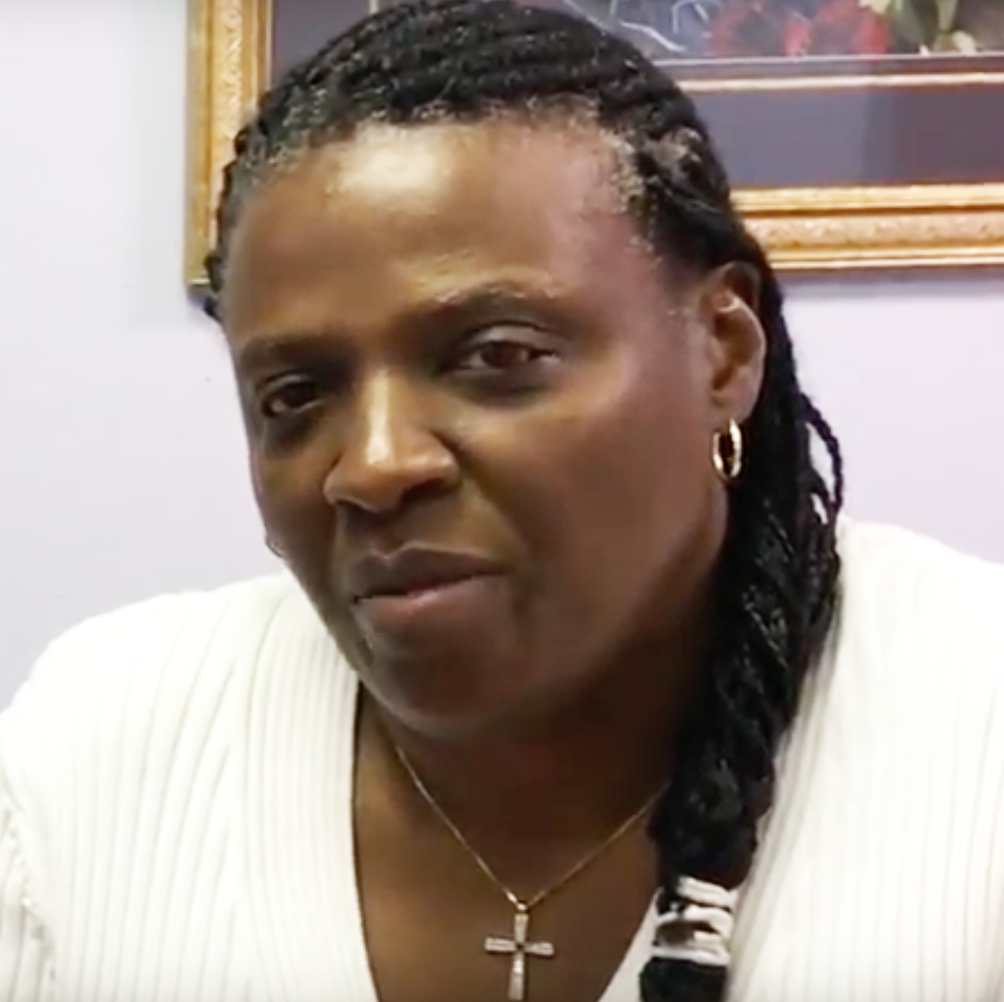 Johnnie ColeyFor decades, the children’s home — founded in 1945 in this picturesque town of 13,000 about 35 miles northwest of Orlando — cared for boys and girls in traditional group-home settings. It still operates two such homes overseen by foster parents in this community with sprawling canopy oak trees.

However, frustration with helping children temporarily only to return them to dysfunctional households prompted the creation of a new program serving entire families.

On its campus not far from the town’s specialty stores and antique shops, Mount Dora Children’s Home equipped private homes and apartments to serve single parents and their children.

“Before, we would get the child from point A to point B, then the child would go back home for the weekend or for an extended period of time at Christmas, and everything we had worked for was just down the drain,” said Chuck Shepherd, longtime director of the Florida children’s home.

“We thought, ‘Why not bring the entire family in, as opposed to just the child, and try to break that cycle?’” added Shepherd, also an elder of the Orange Avenue Church of Christ in nearby Eustis.

Taking the pressure off

After six years in the retail industry, Wendy Merrill suffered a worker’s compensation injury and lost her job.

She and her two children — Jamie, 18, and Jarred, 11, who has autism — moved in with her parents. But then her father got laid off from his work.

“We don’t have to worry about the power getting shut off because I didn’t work enough hours this week,” said Merrill, who is pursuing a bachelor’s degree in psychology at the University of Central Florida while working part time. “I’ve got a support system to help the kids. So that takes the pressure off.” 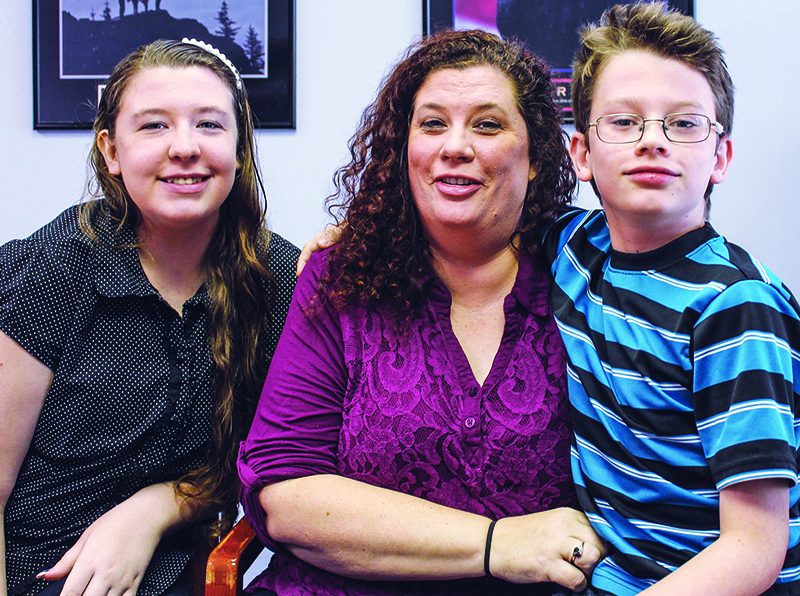 Wendy Merrill: “It’s made my faith stronger, and it’s definitely made the kids’ faith stronger. The biggest thing is, I can’t say the three of us would have been so connected to each other and stable if it wasn’t for the program. The children have a faith base, a direction, a moral compass. And in the world we live in, that’s a very difficult thing to stabilize. I’ve had the support to be able to do that for them.”

The children receive free tuition at nearby Mount Dora Christian Academy, both now and after the family transitions out of the program. Jamie Merrill just finished her senior year and received a scholarship to attend Faulkner University in Montgomery, Ala. Jarred Merrill is active in martial-arts programs.

Parents like Wendy Merrill comprise a fast-growing segment of the U.S. population. Since 1960, the proportion of children living with a single parent has tripled to 27 percent, the U.S. Census Bureau reports. In 2016, that figure represented 20 million kids, more than half living in poverty. 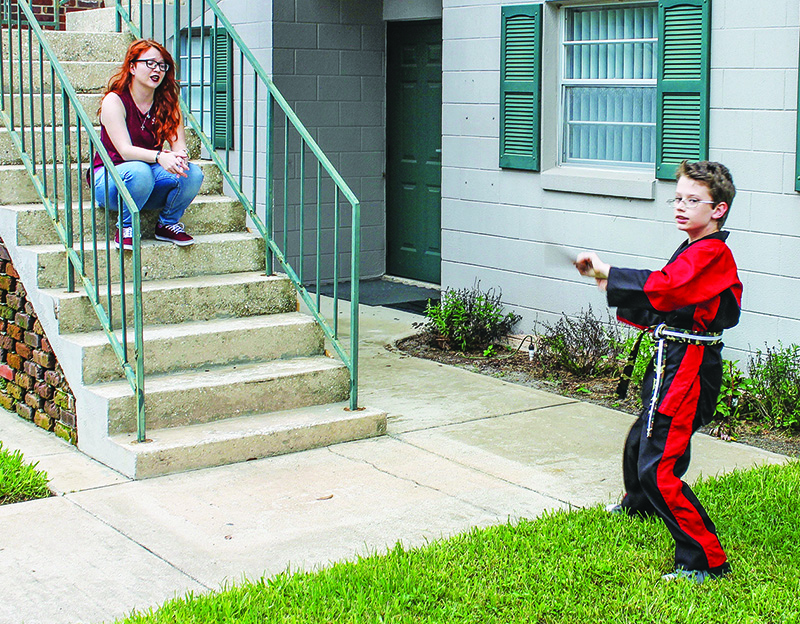 Jarred, the 11-year-old son of Wendy Merrill, practices his martial-arts moves while a family friend, Samantha Paradis, sits on the steps outside the family’s apartment. (PHOTO BY BOBBY ROSS JR.)

“Single parents are out there,” said Coley, author of a book titled “Parenting With Power.” “They need the church, and we need to open our hearts and arms.” 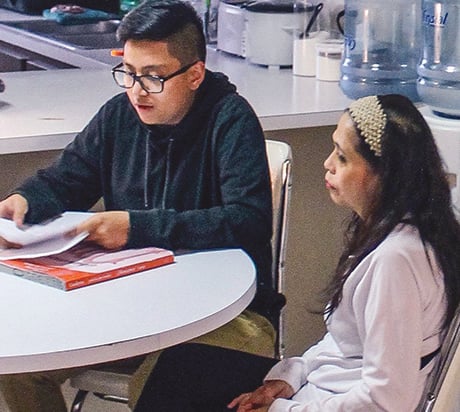 Jude Llora, 17, works on his studies while his mother takes a break from making dinner at the family’s apartment. (PHOTO BY BOBBY ROSS JR.)

Before coming to Mount Dora Children’s Home, Victoria Llora worked at a hospital where she received a small food allowance.

The Filipino immigrant would eat a little and bring the rest home for her son, Jude, now 17.

Now, the children’s home’s pantry supplies mother and son with canned goods and non-perishables — allowing them to fit meat, cheese and milk into their grocery budget.

“I like it because it takes a big burden off my mom,” Jude said as pasta boiled on the stove in their apartment. “Without this, we would probably be sleeping in the car or still not having any electricity or water.”

“I love that he gets to go to a private school,” his mother said. 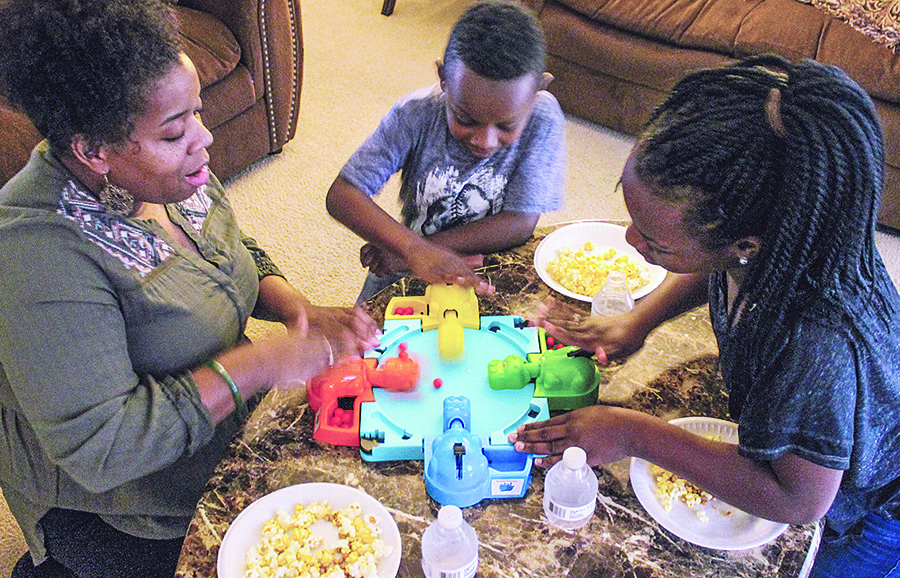 Kimetra Johnson (who goes by “Kim”) and her children, George Banks III, 8, and Se’Niah Banks, 12, play a game and enjoy popcorn at the family’s Mount Dora apartment. (PHOTO BY BOBBY ROSS JR.)

In all, the Mount Dora program serves seven single mothers, one single father and 16 children.

Typically, single-parent families stay in the program for two years, but temporary extensions are possible.

As part of its services, the home offers counseling and mentoring for the families. Parents get help, too, with goal setting, financial planning (including opening a savings account) and Bible study.

Kimetra Johnson is the mother of Se’Niah Banks, 12, and George Banks III, 8.

“We’re blessed to have a roof over our head,” Johnson said. “But it’s not all fun and games. I’ve learned how to stay within my budget, and that was a big thing in coming here. I needed to make changes.” 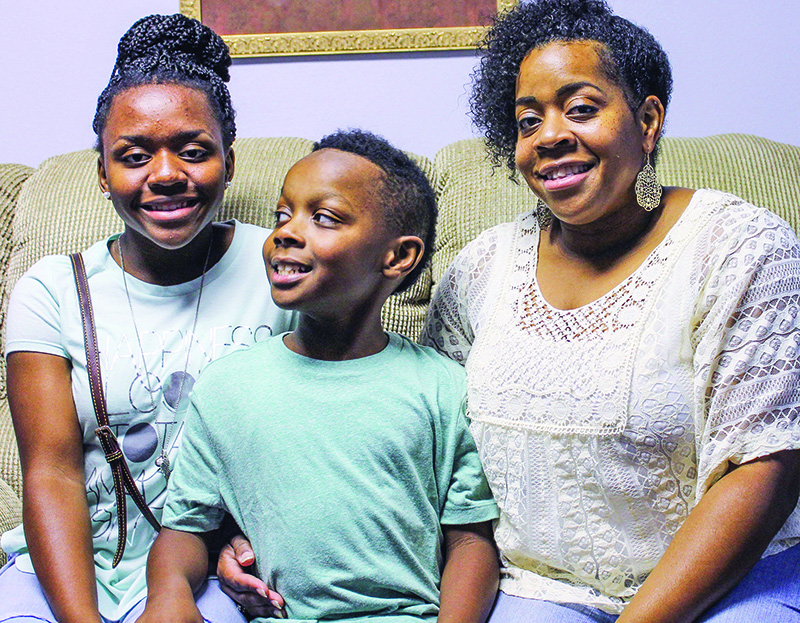 Kimetra Johnson: “We were given an opportunity of a lifetime to be a part of this program. It’s stability for all of us in a Christian background. I’m still working on my education, still working full time and still trying to maintain a home life and two small ones. Sometimes, it’s a lot. Like any parent, I get overwhelmed. But the program also allows counseling if you need it, and I can go and talk about different ways to do stuff.”

To qualify for the program, single parents must agree to certain conditions. Among them: No dating while living at Mount Dora Children’s Home. The home’s staff wants participants to focus on their children and improving family dynamics.

“I think that’s actually a blessing in disguise,” said Wendy Merrill, whose children have different fathers. “I’m one of those people that collect broken people. … Through therapy, I’m learning that I have to force myself to step away from those kind of relationships.”

Another requirement: The families must attend either the Mount Dora Church of Christ or the Orange Avenue congregation. The program aims to help lead families to Jesus Christ or — if they are Christians — inspire closer bonds with the Lord.

“Before, I wasn’t attending church or doing devotionals,” said Brooke Hobgood, mother of Emma, 7, and Lucy, 3. “Now every morning before I get out of bed, I have a devotional — just a little Scripture that I read — and then I pray. Those are little things that are huge to me.”

Coley flashed a smile as she listened to Hobgood. The social worker didn’t know about the devotionals. 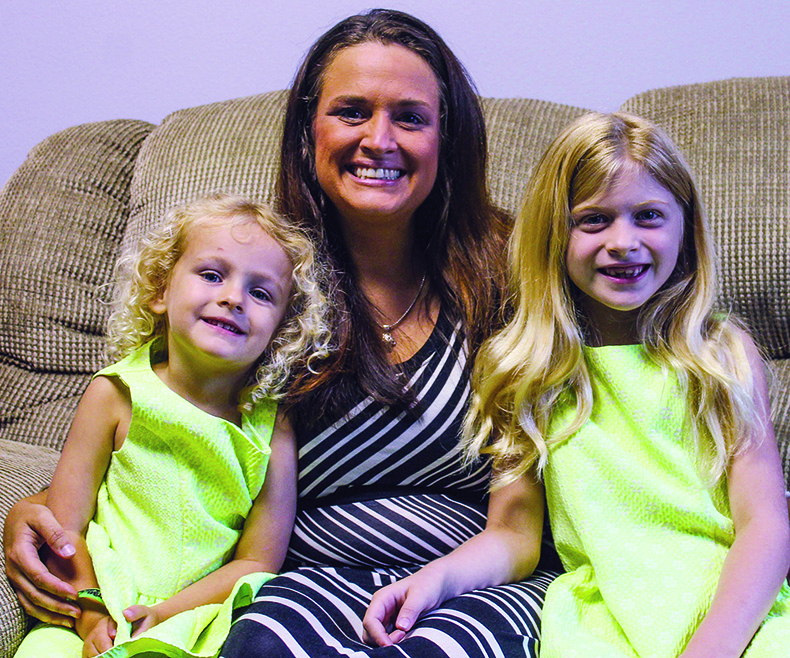 Brooke Hobgood: “It’s the best thing that’s ever happened to me. It’s the best decision I ever made. They are wonderful here. I’m able to save money to be able to get back on my feet. It’s just been a huge blessing. And now both girls go to school here. Lucy’s in preschool, and Emma’s going into second grade. … Just in these few months, I’ve become so much stronger. I never in a million years thought I could be that way.”

After the tragedy … blessings

Neil and Rhonda Zierden were married for nearly 20 years before the explosion that claimed her life.

Besides helping her husband start their business, the mother of two worked as a registered nurse.

“She had the smile of an angel and had a huge heart for others,” her obituary noted.

Since losing his wife a year ago, Neil Zierden has shed bucketfuls of tears. He knows his pain won’t ever go away, at least not completely. But he finds comfort in the support his family has received.

Clothes in his children’s sizes show up unexpectedly at his family’s door. Piles of birthday and Christmas gifts arrive at just the right times. An anonymous donor gifted the Zierdens with an all-expenses-paid visit to Walt Disney World.

“I’m not a crier. I’m a cop,” said Zierden, a detective with the state Fire Marshal’s Office. “But I get very emotional when people do things for me out of love.” 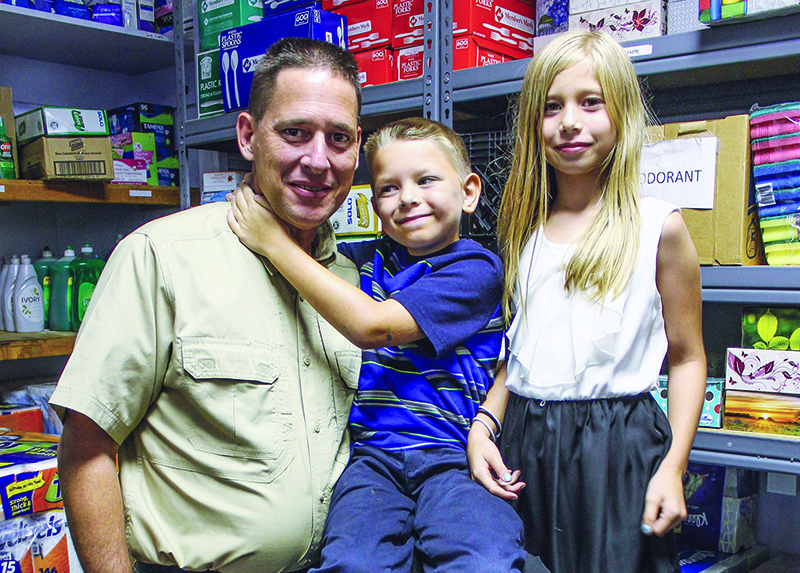 Neil Zierden: “Until the day I die, I’ll be this woman’s friend (referring to social worker Johnnie Coley). She taught me how to hug and hugged me when I needed loving. She just knew that I needed a big bear hug, and I’m still working on it because I’m not a big hugger. But I’ve become one, and I needed them. I needed a lot of hugs and prayer and a lot of guidance. Our kids and my family are truly blessed.”

A year ago, the family was “in shock and beat down,” he recalled. That so many Christians have lifted up his family has helped the Zierdens regain their strength.

“Both Miranda and Brett have more courage in their little fingers than most people have in their whole bodies,” Zierden said. “They are beautiful, proud, strong kids.

“The mere fact that they got through this past school year and passed is a miracle,” he added, as his children beamed. “But they not only passed, they excelled. I am very proud of both of them.”

As for himself, Zierden said he has grown much closer to God.

Before he and the children eat a meal, they hold hands — that was Miranda’s idea — and pray.

In the past, Zierden wasn’t “a flag-waving Christian in church every time the doors were opened,” he said.

“I don’t have an issue with saying we are blessed by God to anybody, because that’s the only way it could have happened,” Zierden said. “It’s just powerful.

“There are a lot of people that say a lot of things about religion, but they don’t act that way outside Sunday,” he added. “These people at Mount Dora are not just religious and spiritual on Sunday, it’s a seven-day-a-week lifestyle. With the tragedy we’ve all been through, we are so blessed and so loved by so many.” 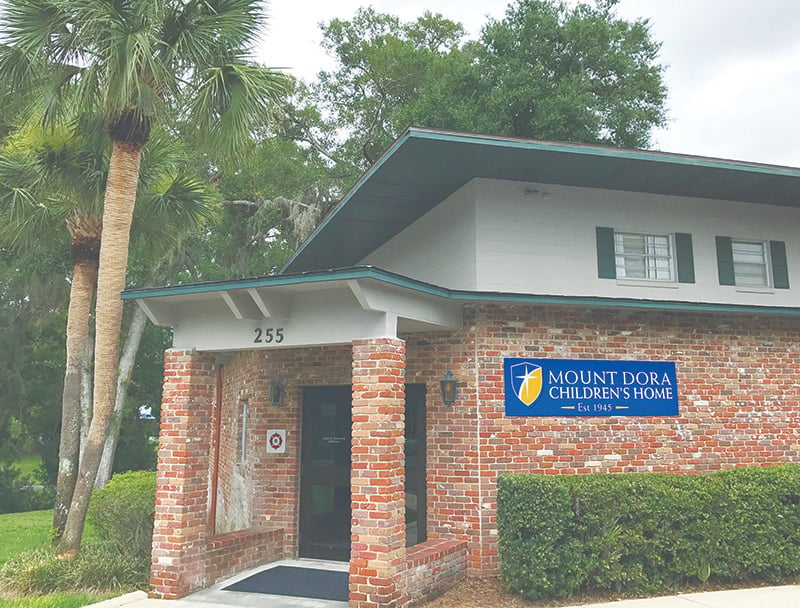 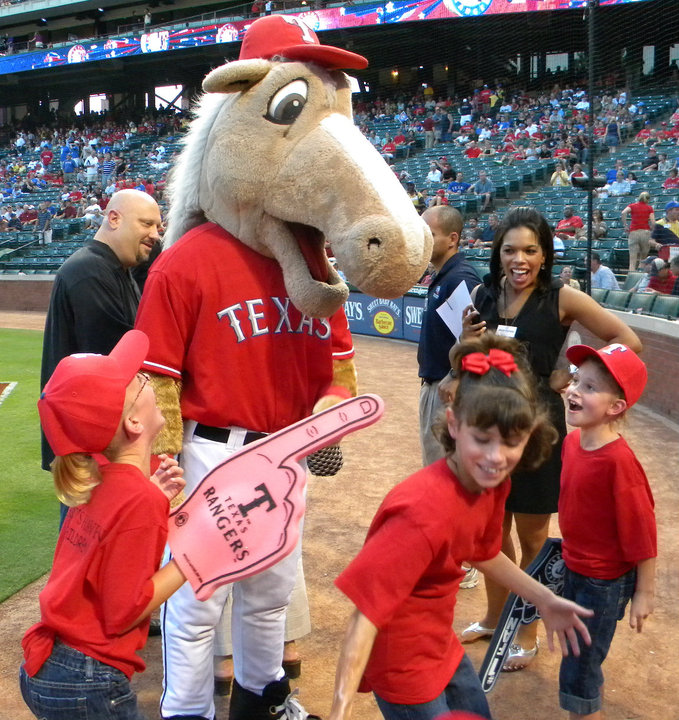 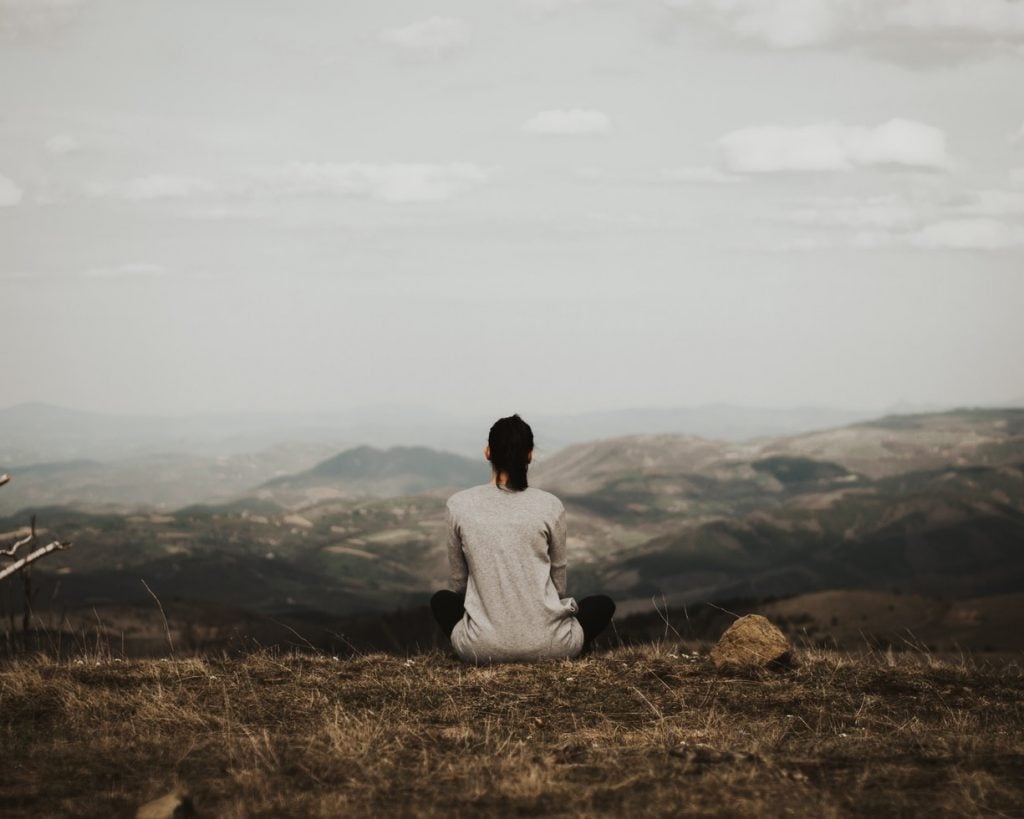 Has God given us more than we can handle?

Sometimes it really is more than we can handle. Life. …