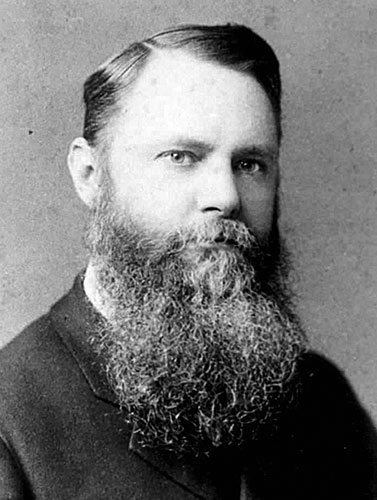 In 2016, take up James A. Harding’s challenge to read the Bible in a year

Jonathan Strasser
With a beard like the Duck Commander, James A. Harding was a memorable sight in countless Churches of Christ in the late 1800s.

Born in 1848 in Kentucky, he finished college and taught school for seven years before launching his ministry on horseback in 1876 — nearly a half-century before Harding University in Searcy, Ark., first bore his name.

If Harding preached in your congregation, he would invariably ask you for something at the end of his sermon — your signature on a pledge card. 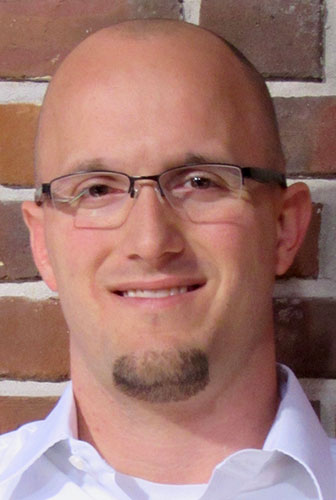 Views | Jonathan StrasserThis was no fundraising campaign. Harding wanted only one thing — for you to read your Bible all the way through in the next 12 months.

He believed that the “chief duty of the teacher in the church is to lead people to the daily, diligent, prayerful study of the Word,” he said in an 1889 debate. To get through your Bible in 12 months, he suggested reading three chapters in the Old Testament and one in the New Testament every day.

Harding was lowering the bar substantially from his own personal habits. He challenged ministers to adopt his own more-strenuous workout schedule of four to six hours of Bible reading per day.

When I first learned this, while working as a missionary in the East African nation of Tanzania, I reacted as you might. “No one can spare that much time to sit and read the Bible,” I thought. It’s seems excessive and implausible given our schedules.

But look at Harding’s ministry. He spent 17 years preaching from Florida to Canada, from New York to Mexico. His gospel meetings ran from 10 days to seven weeks. He preached 300 meetings in that 17-year period. In 1883, he preached on 300 days, for a total of more than 500 sermons that year alone.

Yet somehow, by 1914, he had read through the Old Testament 60 times and the New Testament 130 times. His eulogy states that Harding “set more people to reading the Bible … than any other preacher; and he infused his own love and appreciation of the Word into those who came under his sway.” Bible readers gain a depth of understanding about God’s Kingdom that can be acquired in no other way.

I encountered Harding’s call to devote myself to Scripture as I read the book “Kingdom Come: Embracing the Spiritual Legacy of David Lipscomb and James Harding

I shared this challenge with some friends and we pledged to each other that we would read the whole Bible in a year. By God’s grace, I have just completed my second year of Harding’s challenge and am ready to begin round three.

God’s faithful have always been people of the Book. In the Old Testament book of Deuteronomy, Moses challenges to the leaders of Israel to “read this law before them in their hearing.” In the New Testament, Paul urges believers in 1 Timothy to “devote yourself to the public reading of Scripture, to preaching and to teaching.”

We live in an era of unprecedented access to Scripture in many translations and formats. We benefit from countless labor-saving devices that increase our leisure time. How then, can we be too busy to find time for the Word?

I believe the greatest thief of our Bible study time is television. Recent Nielsen reports indicate the average American adult’s TV consumption (live, streaming and playback) is about 150 hours per month, or five hours per day.

I cannot change that statistic by myself. I’m inviting you to join me in a pledge.

Before turning on your TV in the morning, would you rise to Harding’s challenge and read four chapters of God’s Word, daily, in 2016?

By reading three in the Old and one in the New, in 2016 you’ll make it through!

JONATHAN STRASSER and his wife, Deborah, have served for two years on a mission team in Tanzania among the Iraqw people. They currently live in Birmingham, Ala., where the Homewood Church of Christ oversees their work. Jonathan Strasser earned a Master of Divinity degree from Harding School of Theology in Memphis, Tenn., in 2012. Contact him at [email protected].