Family of church leader Igor Kozlovsky proclaims his innocence and prays for his release in occupied eastern Ukraine.

Update: Igor Kozlovsky is free. The Ukrainian professor and church leader was part of a Dec. 27 prisoner exchange, Ukrainian church members tell The Christian Chronicle. A group of Christians met Kozlovsky at the Boryspil International Airport in Ukraine’s capital, Kiev, along with 75 other freed Ukrainians, said minister and ministry leader Dmitry Grischuk. Churches of Christ across Ukraine rejoice and thank Christians around the world for their prayers.

‘Bad men came and made noise.”

Slava Kozlovsky didn’t understand what was happening when six militia men forced their way into his family’s apartment in Donetsk, Ukraine, on Jan. 27, 2016.

The 37-year-old, who has Down syndrome and is confined to a wheelchair due to partial paralysis, was waiting for his father, who had stepped out to run an errand. He could only watch as the soldiers rummaged through his family’s belongings. 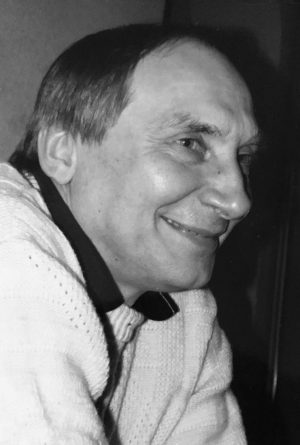 Outside, militia men had detained Slava’s father, Igor Kozlovsky. They placed a cloth bag over his head, shoved him into a jeep and locked him in a basement cell with only a mattress on the floor.

The 62-year-old preacher, author and theology professor was an outspoken critic of the war that had divided his nation since 2014. A former deputy minister of religion for the Donbass region, he worshiped with and nurtured the Cup of Life Church of Christ in Donetsk, a congregation of young believers.

Many of his fellow Christians fled westward after pro-Russian militias took control of the region and renamed it the Donetsk People’s Republic. But Igor Kozlovsky, unemployed after the militias seized his university, stayed in Donetsk to care for his son.

His wife, Valentina, was in Ukraine’s capital, Kiev, on business when he was arrested. Unable to reach her husband by phone, she called a distant relative to check on Slava. The soldiers allowed the relative to enter the apartment about 10 p.m. — nearly eight hours after the arrest.

Valentina returned to Donetsk but was not allowed to see her husband. After a month in the basement cell he was transferred to a prison in Donetsk.

His wife quit her job and moved her son to Kiev. There they spoke to Jeff Abrams, minister for the Tuscumbia Church of Christ in Alabama and correspondent for The Christian Chronicle. Abrams’ congregation hosts an annual Camp Amerikraine for children, and the minister makes regular visits to support Churches of Christ in the nation of 45 million souls.

Valentina and Slava live in a small, outdated apartment in Kiev, Abrams said. Valentina hasn’t seen her husband in nearly two years, she told Abrams, and Slava still experiences trauma from the day that the “bad men,” as he calls them, took his father away. 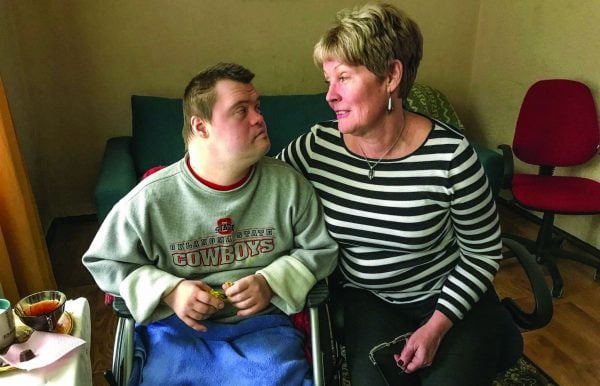 In their humble apartment in Kiev, Ukraine, Valentina Kozlovskaya comforts her son, Svyatoslav (“Slava”), as she talks about her husband, Igor Kozlovsky, whom she hasn’t seen since January 2016.

Back in Donetsk, Igor Kozlovsky was tried and convicted of espionage and illegal possession of weapons, his wife told Abrams. Prosecutors claimed he had hidden hand grenades behind a bookshelf in his apartment. He received a prison sentence of two years, eight months.  His wife vehemently denies the charges.

“I am concerned that, if brother Kozlovsky is not released soon, he will have to endure yet another frigid Ukrainian winter in a prison lacking sufficient heat and medical care,” Abrams said. “No international agency has been granted access to Kozlovsky since his arrest. And winter is coming.”

Human rights groups have called for Igor Koslovsky’s release. He is featured in a recent report by Amnesty International and Human Rights Watch.

The report, titled “You Don’t Exist,” highlights nine cases, including the professor’s, “in which Russia-backed separatists held civilians incommunicado for weeks or months without charge and, in most cases, subjected them to ill-treatment,” Human Rights Watch reports.

As they wait for news from eastern Ukraine, members of Churches of Christ pray earnestly for Igor Koslovsky and his family. 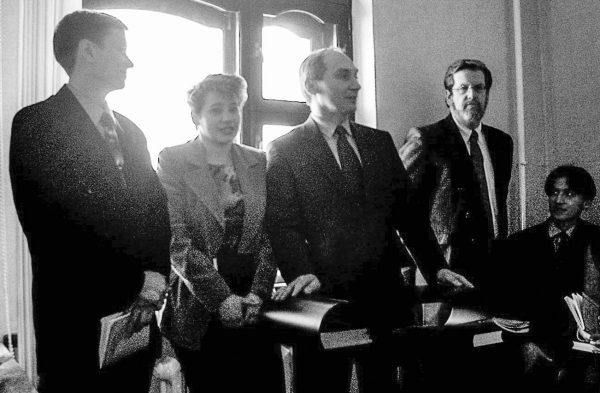 In a small apartment packed with believers in Donetsk, Ukraine, Igor Kozlovsky speaks to the Cup of Life Church of Christ in 2003.

“Igor played a great role in God’s work in Ukraine,” said Dmitry Grischuk, one of the professor’s former students and now dean of students for Ukrainian Bible Institute in Kiev. “The Churches of Christ in Ukraine, especially in the Donetsk region, had many opportunities to spread the Gospel with Igor’s help.

“We still pray hard for his freedom and believe God will continue protecting him and caring about him while he is in a prison.”

Before the war, the Ukrainian Bible Institute was in Donetsk, and Igor Kozlovsky helped with its registration — plus the registration of Churches of Christ in the city, said Ludmila Khalieieva, a Ukrainian Christian who has known the professor since 1997.

“He was very open for cooperation and always ready to help,” Khalieieva said. “He was very good preacher.”

The professor’s future — like the future of Ukraine — seems uncertain, but Khalieieva is optimistic.

“We are looking forward to seeing him out of the prison,” she said.

Konstantin Zhigulin wrote his first two hymns within the first…

Pro-Russian separatists have seized a second meeting place of a…