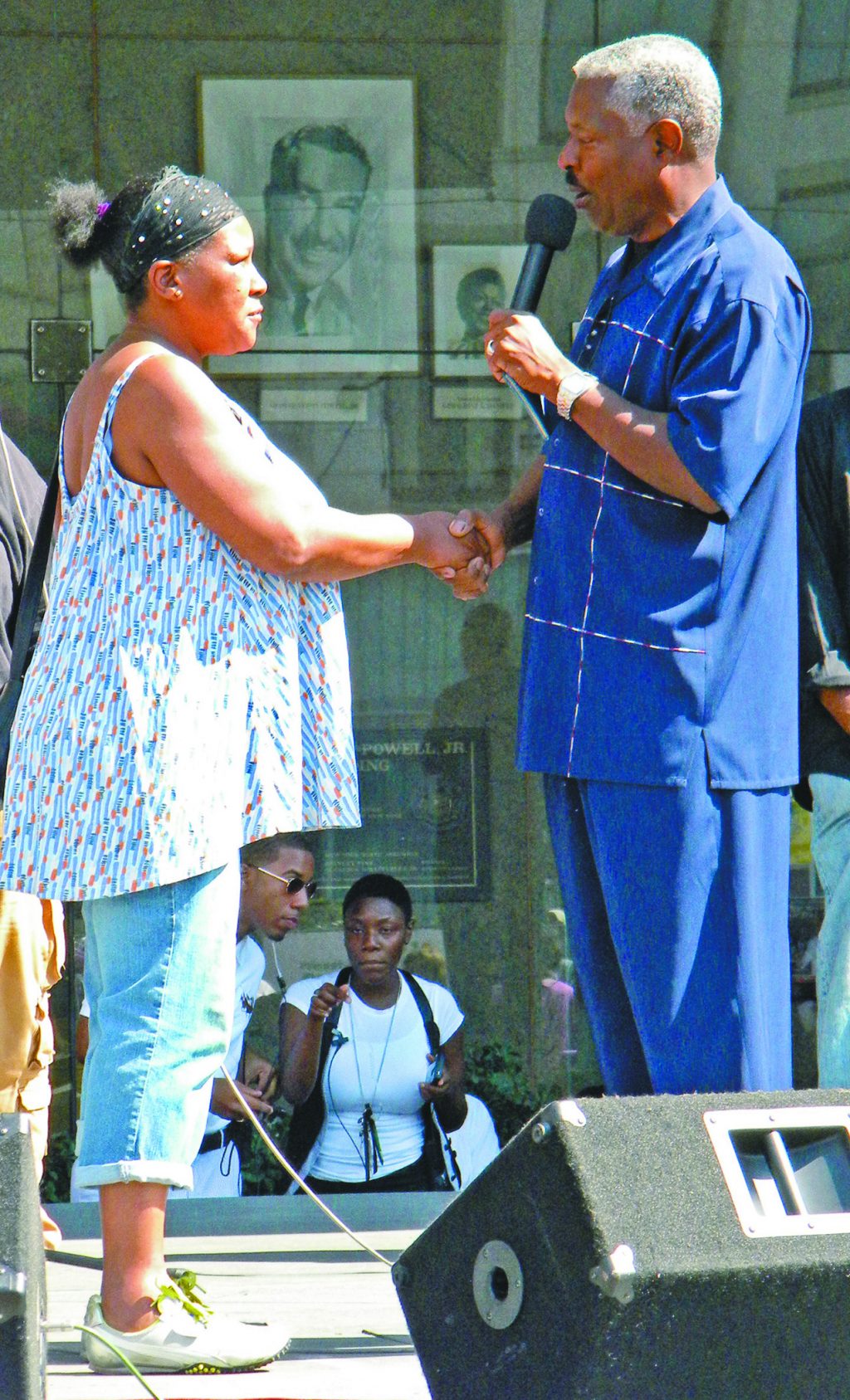 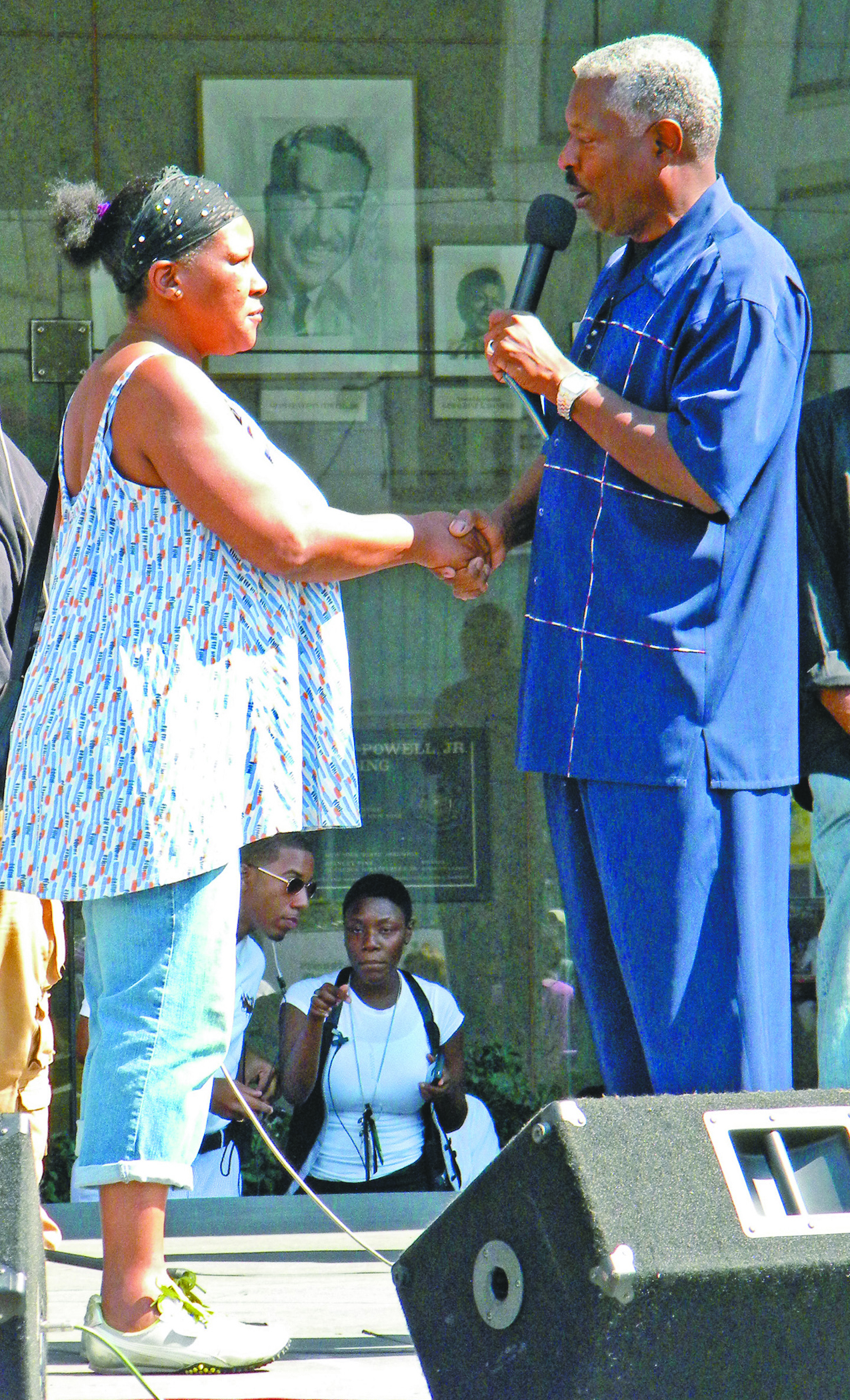 Minister Tony Roach holds the hand of a woman making her confession of faith at a street preaching event in New York City in 2009. Roach, minister of the Minda Street Church of Christ in Abilene, Texas, has withdrawn from the competition to host his own show on Oprah Winfrey’s new network. (Photo by Bobby Ross Jr.)

We’ve reported periodically on Texas minister Tony Roach’s bid to host his own television show on Oprah Winfrey’s new network.
The latest news: Roach has removed himself from the running.
The Abilene Reporter-News reports:

Tony Roach, minister at Minda Street Church of Christ, has withdrawn as a candidate to host a new reality show on Oprah Winfrey’s new OWN television network.
Near the end of the fourth episode of “Your OWN Show,” Roach told co-hosts Nancy O’Dell and Carson Kressley that he was withdrawing.
“I chose to leave the competition,” Roach said during the episode, which aired a week ago and featured contestants in a cooking segment with noted chef Curtis Stone.
“I cannot say I’m going to help somebody live their best life, and then tear people down,” he said. “To me, that’s not a winner. I’m leaving with dignity. I’m leaving with respect.”