ABILENE, TEXAS – It was a historic — and sometimes tear-filled — reunion for members of churches of Christ and International Churches of Christ at the annual Abilene Christian University lectureship.
Leaders in the ICOC, some of whom had not visited the Abilene, Texas, school for nearly 20 years, detailed plans for the future of their churches, and reunited with long-lost friends.
The ICOC leaders apologized for the authoritarian discipling techniques and “judgmental elitism” that led many of their members away from the movement and created friction with mainline church members.
Representatives of mainline churches apologized for using the word “cult” as a careless label in referring to the ICOC and for years of mistrust between the two groups.
Although the late-February meeting, billed “Faithful Conversations,” was not an attempt to merge the two groups, it provided much-needed dialogue between movements with common roots — movements that had grown distrustful of each other during years of little or no communication, said ACU president Royce Money.
It’s “been too long since we have gotten together for a conversation,” Money told more than 1,000 members of both groups, who gathered in the school’s arena Feb. 23 for the first of three discussions.
“We are here to begin a conversation,” he said, adding that it would serve as the “first step toward healing.”
The ICOC, previously know as the Crossroads and Boston movements, and the mainline churches of Christ parted ways in the early 1990s. ICOC sources told the Chronicle that current membership is about 135,000 people in 434 churches in 159 countries.
The ICOC underwent a major transition with the resignation of longtime leader Kip McKean in late 2002. Since then, the ICOC has undergone a period of change and reassessment.
The event included participants Al Baird, Mike Taliaferro, Gregg Marutzky and Gordon Ferguson of the ICOC. The leaders detailed the apologies made to fellow ICOC members and members of mainline churches in the past year, many of which were posted on ICOC Web sites. They also highlighted the changes in church leadership.
Representing mainline churches were Jack Reese, Jim Woodroof, Terry Smith and John Wilson.
“As we confront, confess, talk and pray together, we want to heal together,” said Taliaferro, evangelist for the San Antonio ICOC. “We are spending a lot of late nights talking and listening. It’s a wonderful thing to make amends, like the Proverbs said.”
Ferguson, a longtime leader in the ICOC, said that he was glad to reopen channels of communication with mainline church members.
“We have exhibited a judgmental elitism. We don’t want that,” Ferguson said. “I have burned bridges that separated me from friends, family, co-workers, and I am deeply sorry for all those things.
“We have changed amazingly rapidly, and we are determined to do what is right before God and before men.”
Mark Love, ACU lectureship director, said that lack of communication has fueled animosity between the two groups.
“It’s like we have been in a coma for 20 years … and we know so little about each other’s lives,” he said.
“While division loves silence, peace cherishes conversation,” Love said. “The good news is that change in both groups has brought us to a place where conversation is again welcomed and desired.”
MORE INFORMATION will appear in the April issue of the Christian Chronicle. 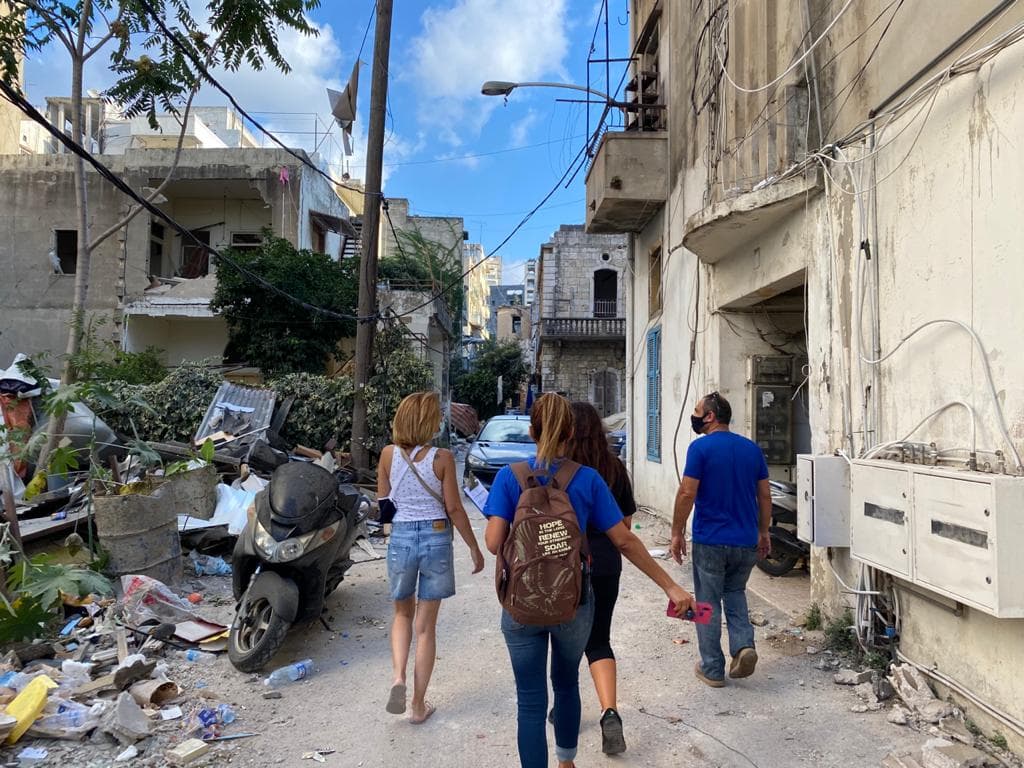 They’ve endured decades of wars and countless bombs, but Christ-followers…