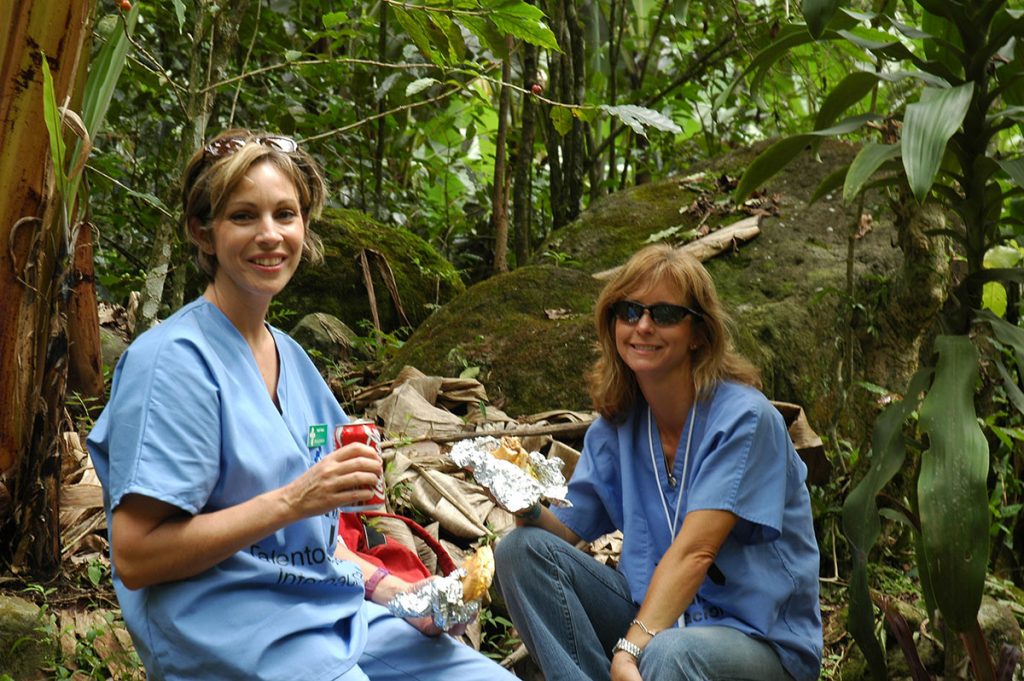 ‘I love that connection with God in creation,’ says church member as she aims for peak of Mount Everest 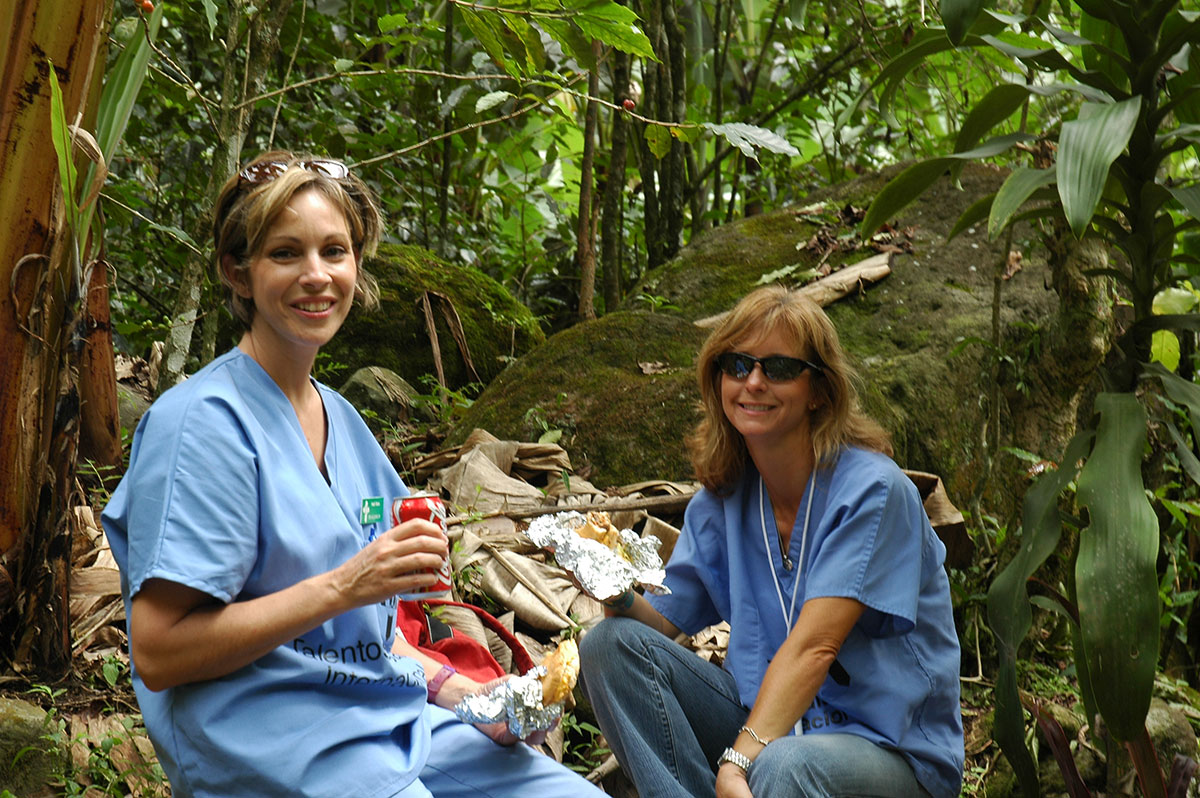 Renai McClanahan and Valari Wedel take a break during a 2004 medical mission in Guatemala. (Photo provided)

“I decided to quit dreaming about ‘Could I do it?’ and just said ‘Yeah, I’m going to try and do it,'” she said.
Mount Everest is the world’s tallest mountain, with a 29,029 ft. elevation. It’s located in Mahalangur Himal, Himalaya and entices climbers each year. The 52-year-old mother of three grown daughters has travelled to climb many mountains in Peru, Ecuador, Argentina, Mexico and several areas of the United States.
“I love that connection with God in creation,” Valari said. “It’s nothing you’ll ever see in normal life ever. It’s indescribable, the stars and up above the mountains and the clouds and the colors, the sunsets and the sunrises. To me, that is just a very personal intense realization of why I’m here and who created this place.”

See the full story. (By the way, Wedel’s training facility in the video is a stairwell in the Mabee Learning Center at Oklahoma Christian University.)
Wedel doesn’t just climb mountains. She’s been an active part of the Memorial Road church’s missions ministry — particularly Health Talents International. In 2004 my wife and I got to spend a little bit of time with her on a mission trip to Guatemala. (Here’s a brief mission journal I wrote about the trip.) 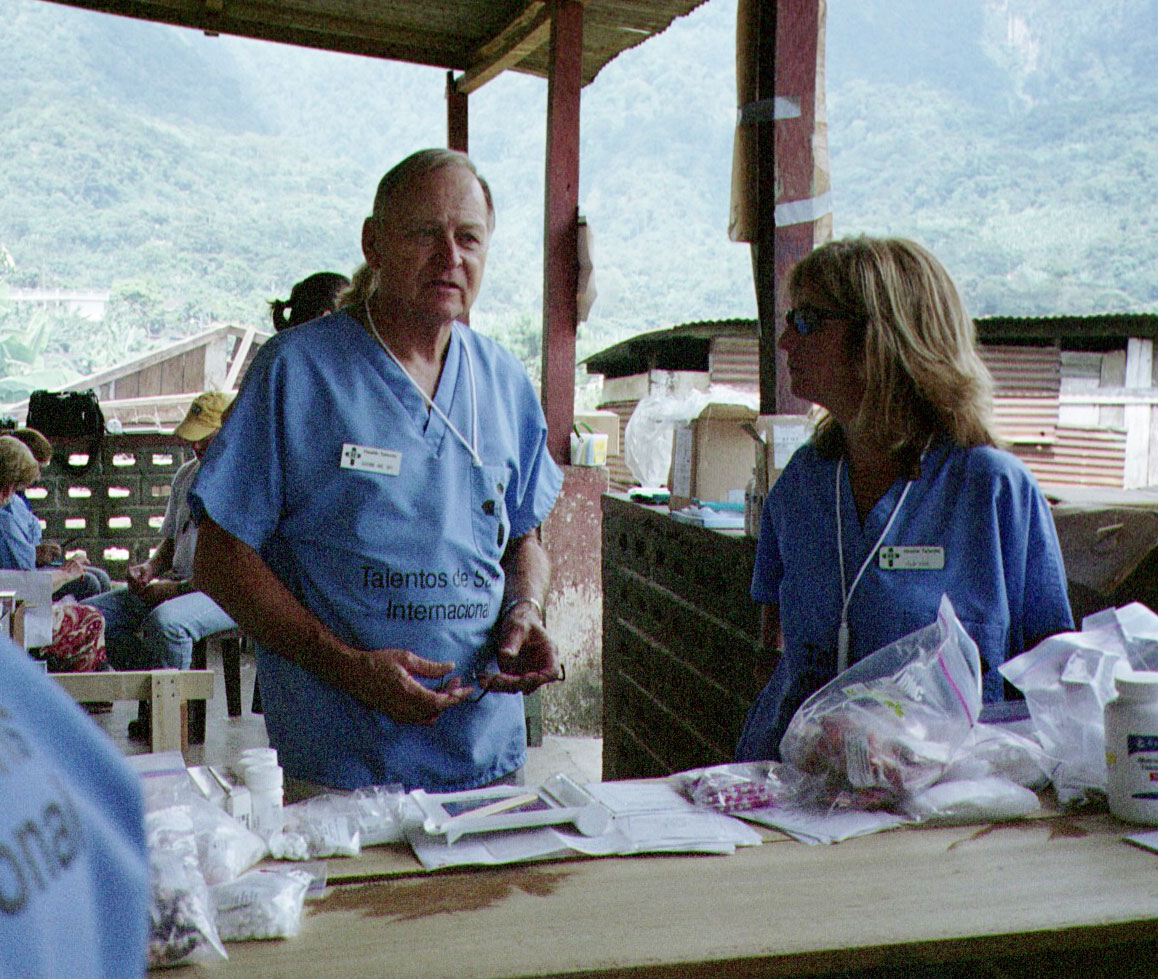 Guthrie Hite and Valari Wedel work in the pharmacy of a mobile medical clinic during a 2004 Health Talents International trip. (Photo provided)

Though I didn’t get close to Mount Everest, I did travel to Nepal in 2012. I wrote a story about a Church of Christ in the capital, Kathmandu, a feature on the fight against human trafficking in Nepal, performed by Eternal Threads, and a blog post about the Kumari of Kathmandu and my journalism mentor, Conrad Fink.