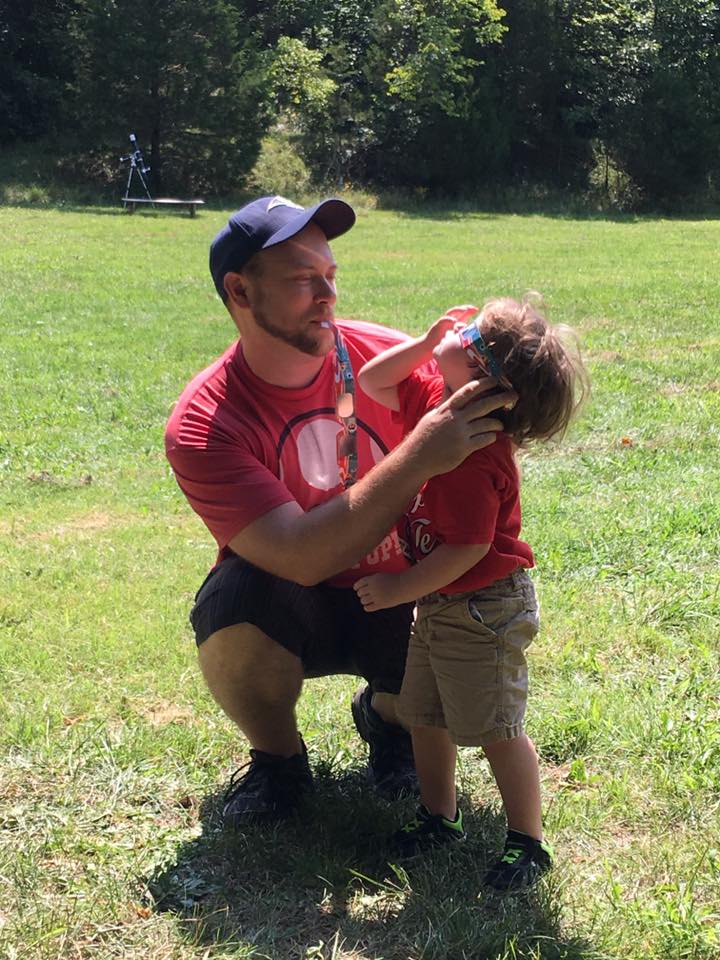 ‘I didn’t expect it to be so magnificent’

Crowds of Christians gathered at camps and churches in the path of Monday's solar eclipse to witness the totality.
Chellie Ison

In an instant, day turned to night.

A crowd, gathered on the ballfield at Camp Ne-O-Tez near De Soto, Mo., watched in amazement Monday as the solar eclipse reached totality.

“Wow! It was like nothing I have ever experienced in my life,” said Nancy Henley, a board member of the camp, which is associated with Churches of Christ. “It more than lived up to the hype.”

About 150 people — ranging in age from four months to 86 — traveled to the camp to witness the historic event. 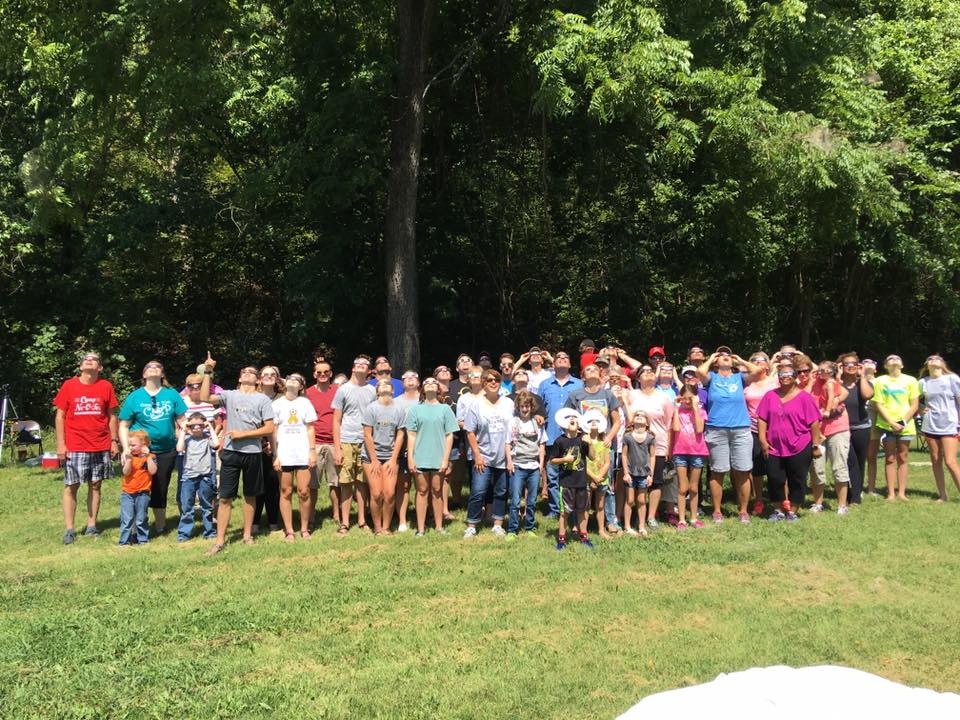 A large crowd gathered on the baseball field at Camp Ne-O-Tez to witness the solar eclipse. (PHOTOS FROM NANCY HENLEY)

Preston and Sara Ackerman, members of the Memorial Road Church of Christ in Oklahoma City, drove seven hours to Camp Ne-O-Tez. They described the eclipse as awesome and surreal.

“Seeing the partial does not even compare to the full totality,” they said. “You felt like you were in the scene of a movie.”

Henley, who helped to organize the watch party, said while they knew it would get dark at totality they had no idea that “dark” would happen so suddenly.

“It was light and even though there was a tiny sliver of the sun it was still bright” and then it wasn’t, she said.

Farther east along the path of totality, in Nashville, Tenn., ministers and staff of the Brentwood Hills Church of Christ gathered on the roof of their building to watch the eclipse.

The church’s associate minister, Andrew Leeper, spent time after the event — like many Americans — scrolling through social media images of what he had just seen. 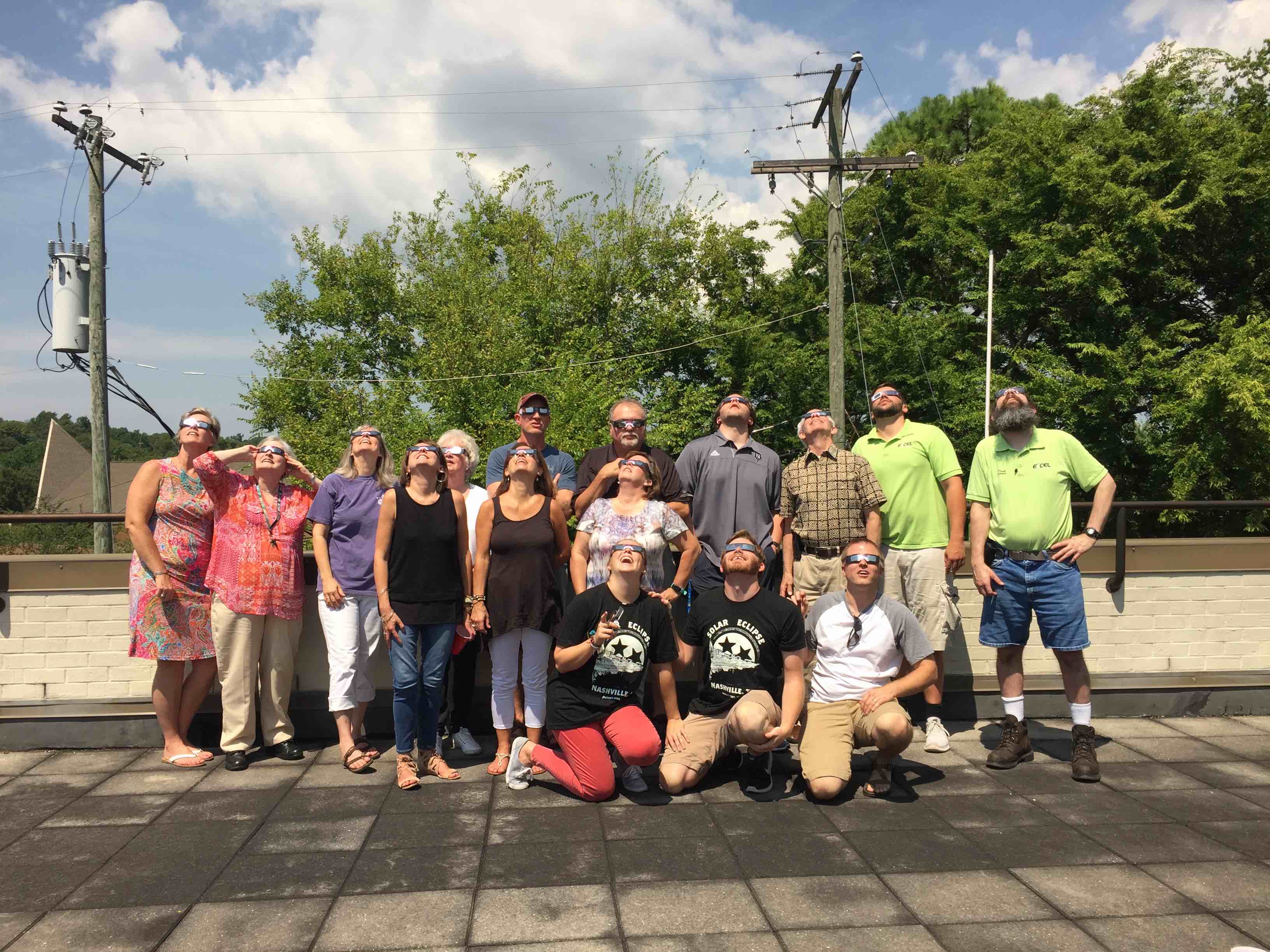 Brentwood Hills Church of Christ staff went out on the church building’s roof to watch the solar eclipse. (PHOTO FROM ANDREW LEEPER)

A friend of Leeper’s wrote that he hadn’t “found a photo or video online yet that accurately depicts what he saw and experienced in totality. I agree 100 percent,” Leeper said. “This is a rare case where a picture … really isn’t worth a thousand words.” 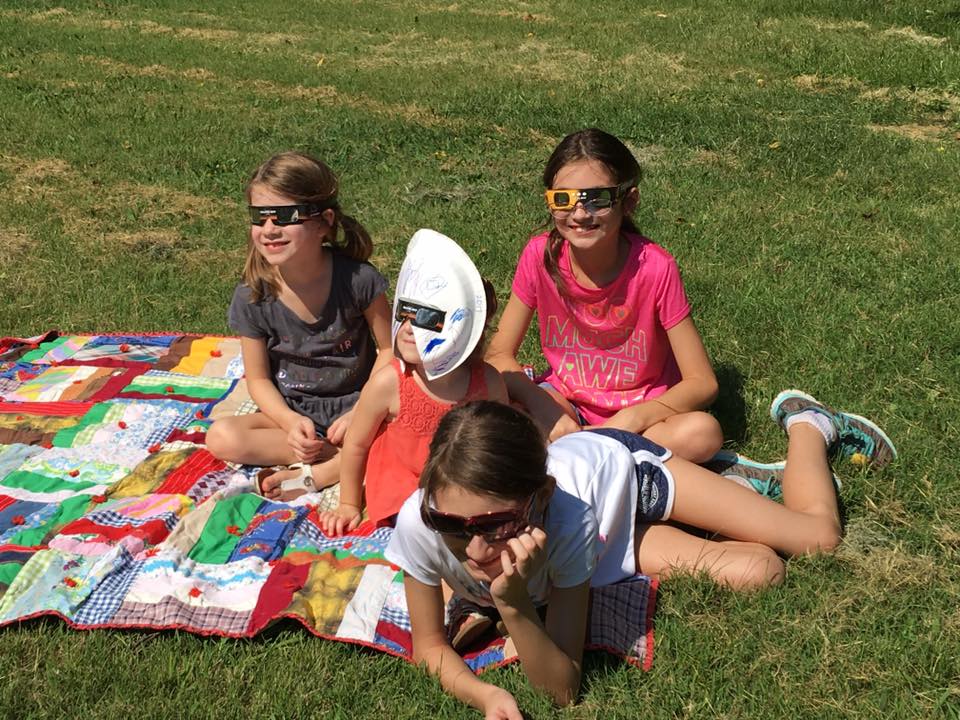 A group of children watches the eclipse from Camp Ne-O-Tez.Workers at Camp-Ne-O-Tez welcomed many of their guests Sunday night. They rented out the cabins for a small fee and provided s’mores, breakfast and lunch for those who came out. They also made sure everyone had the necessary safety glasses for watching the eclipse.

Henley says to experience the eclipse totality and “the majesty of God” at a campground where so many have come to grow in their relationship with God was beyond what she could have imagined.

“I didn’t expect it to be so magnificent,” she said.

The Ackermans said that, even after battling traffic and numerous bathroom breaks with small children, it was well worth the nine-hour trip they made to witness it.

Preston and Sara Ackerman drove with their children and other family members from Oklahoma City to Camp Ne-O-Tez to witness the solar eclipse totality. (PHOTO PROVIDED BY SARA ACKERMAN)

They already are planning for April 2024, when another eclipse will cross parts of the United States.

You can find more photos on the camp’s Facebook page by clicking HERE .