At a three-day conference in Texas, parents and church leaders tackle faith and sexuality.

DALLAS — Carrie Underwood’s “Love Wins” video played on the big screens as the E3 Conference opened at the Highland Oaks Church of Christ.

“I believe you and me are sisters and brothers. And I believe we’re made to be here for each other,” Underwood sings in the country hit. “And we’ll never fall if we walk hand in hand, put a world that seems broken together again. Yeah, I believe, in the end love wins.”

Helping parents of LGBTQ children and leaders of Churches of Christ “better understand and love unconditionally” was the goal of the recent conference organized by CenterPeace. The Dallas-based ministry provides support for people who experience same-sex attraction.

E3 aims to “equip, empower and encourage” Christians to engage in more thoughtful dialogue about faith and sexuality. 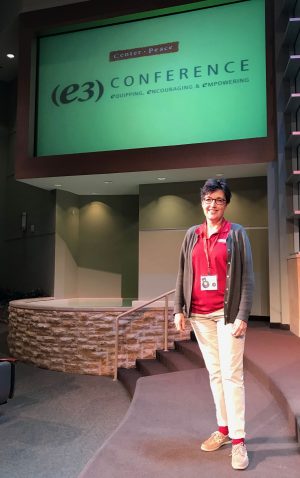 Sally Gary is the founder and executive director of CenterPeace.

“But what we are going to have to change,” she added, “is how we provide community for the entire body of Christ.”

At a time when national polling shows younger Christians increasingly open to gay marriage (47 percent of evangelicals born after 1964 favored it in a Pew Research Center survey, compared with 26 percent of older evangelicals), the conference brought together people of faith with differing beliefs.

Author Justin Lee grew up in a Southern Baptist home and titled his first book “Torn: Rescuing the Gospel from the Gays-vs.-Christians Debate.”

He told attendees that friends can challenge his view that God blesses same-sex marriages.

Related: In Orlando, a call for more openness, less fear

“But if that’s all we ever talk about … that doesn’t make me feel like your friend. It doesn’t feel like you love me. It feels like you want to win an argument,” said Lee, whose latest book is called “Talking Across the Divide: How to Communicate with People You Disagree With — and Maybe Even Change the World.”

Don McLaughlin, senior minister for the North Atlanta Church of Christ in Georgia, delved into Scriptures, recalling the “mercy seat” referenced in the Old Testament as he urged Christians to show genuine love and welcome to LGBTQ people.

“Do you understand that some of the people who’ve done the most work on this believe that celibacy is the only option?”

“Do you understand that some of the people who’ve done the most work on this believe that celibacy is the only option?” said McLaughlin, author of the book “Love First: Ending Hate Before It’s Too Late.”

“But there’s a different question other than what you believe … and that question is: Do we want to turn our gay brothers and sisters into spiritual orphans?” he added. “Because that’s what’s happening.

Too many LGBTQ people, McLaughlin said, get the message from Christians that “this family must no longer be for me, and that makes them orphans.” 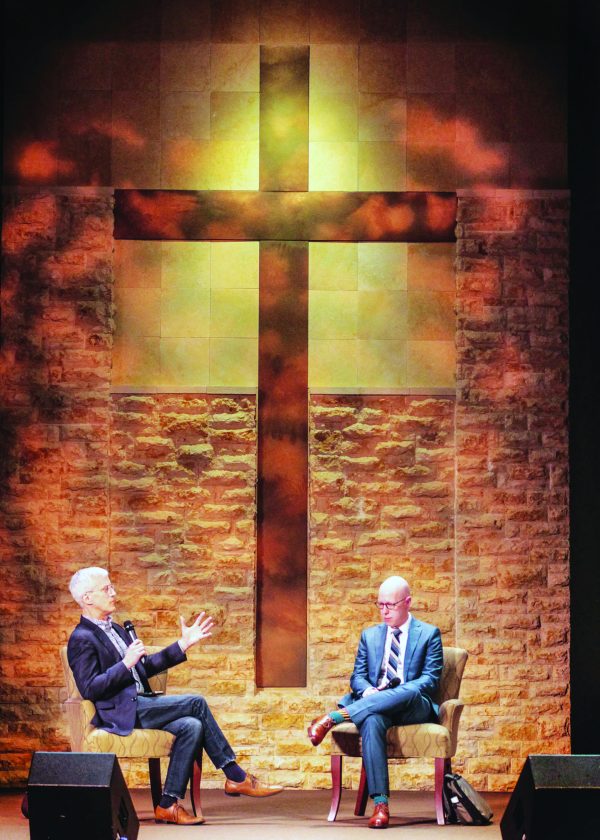 ‘Fear of shame and rejection’

Describing the E3 Conference as a “safe place,” organizers distributed red lanyards with name tags to participants willing to be photographed and appear in social media posts.

Others, including some who feared discovery of their attendance at the three-day event, received white lanyards.

Dena Edwards, a member of the Memorial Road Church of Christ in Oklahoma City, is a part of a group called Free Mom Hugs, which offers love to LGBTQ children who don’t receive it from their parents, she said. 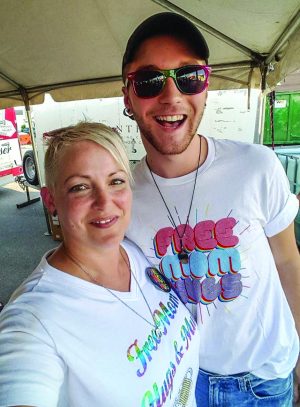 Dena Edwards, president of the group Free Mom Hugs, with her son, Easton, 20.

Edwards grew up believing that homosexuality was a sin. Her world was rocked, however, when her son Easton, now 20, informed his parents he was gay.

“Mom, being gay is as much a part of me as the color of my eyes, so I know it can’t be a sin or God wouldn’t have made me that way,” he said.

Their son’s words prompted Edwards and her husband, Aaron, to re-examine the Scriptures. Answers on sexuality that once seemed easy no longer do, both said.

Edwards said she was “blown away” by the E3 Conference.

“When you are raised in and attend Churches of Christ or other traditionalist churches, when something scary or traumatic happens in your life, that church family is where you go for support,” Edwards said. “When your child comes out as gay or LGBT, that is the last place you feel you can go.

Related: A church makes a special connection with an Orlando victim’s family

“The fear of shame and rejection is so overwhelming,” she added. “And that isn’t what church should look like. No one has been talking about same-sex attractions within the church, so when you face that with your precious child, or as an individual, you feel incredibly isolated and alone. 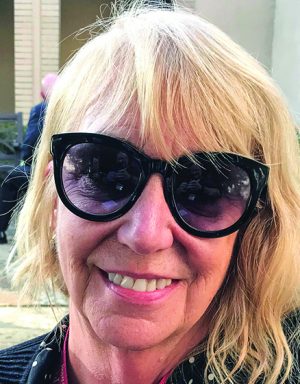 Melody Halfenger, a member of the Campbell Church of Christ in California, echoed Edwards’ sentiments.

Halfenger said her 22-year-old daughter, who identifies as lesbian, left the church.

“She just doesn’t feel comfortable coming on Sunday and facing people who are judging her,” the mother said. “So that’s why she left.”

Joshua Bills, son of Highland Oaks lead minister Pat Bills, said he “has had a lot of kids that have come out to me.”

McAdams, author of the blog Radically Christian, said he appreciated “the dialogue on creating communities of faith in which followers of Jesus can be open and honest about their struggles and burdens.”

Some of the 350 attendees gather for a presentation at the E3 Conference hosted by the Highland Oaks Church of Christ in Dallas.

However, he voiced concern about the messages sent by many of the teachers and presenters.

“Many seem to have accepted the narrative espoused by our culture that it is unloving to hold the position that sexual relationships are only appropriate between a married man and his wife,” McAdams said. “New ways of interpreting and understanding Scripture are being presented that make it seem as if same-sex relationships should be accepted and even celebrated.”

The father of two said he can’t go along with such an approach. 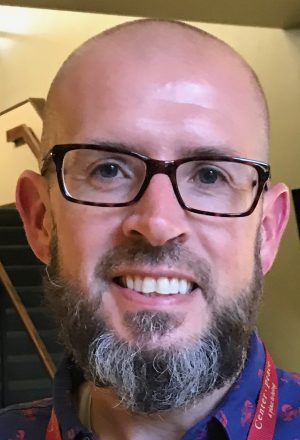 “Every follower of Jesus experiences desires that are inconsistent with the teachings of Scripture,” he said. “That doesn’t make us bad people. It just makes us human. We must all choose whether or not we will follow Jesus or desires of our flesh.”

Another attendee, Adams Mearse, former youth minister for the Naperville Church of Christ in Illinois, wrote his doctoral dissertation on teaching sexuality in biblical and healthy ways.

Mearse said he came to E3 “just to be a part of the community and think a little more about what it means for the church to reach out to the LGBTQ world.”

CenterPeace’s Gary is the author of the memoir “Loves God, Likes Girls.” She often tells audiences about the shame and humiliation she felt as a girl experiencing same-sex attraction while growing up in the Tenth and Broad Church of Christ in Wichita Falls, Texas.

Gary said Christians must learn to love people and invite them to the table, regardless of whether they are divorced and remarried or involved in a same-sex relationship.

“You can hold to those traditional sexual ethics,” said Gary, who completed her final chemotherapy treatment in May after a year-long battle with breast cancer. “You don’t have to change those to love people well and include those people in fellowship.

“You can embrace people in a way that allows them to use the gifts which God has given them and further the kingdom without approving everything in their lives.”

“You can embrace people in a way that allows them to use the gifts which God has given them and further the kingdom without approving everything in their lives.” 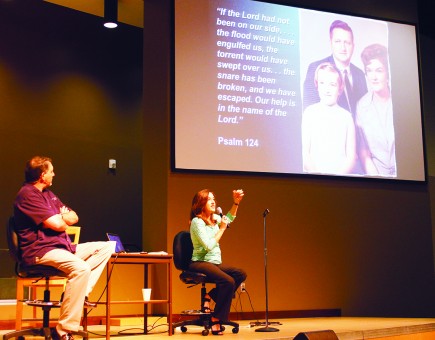 Homosexuality and the church 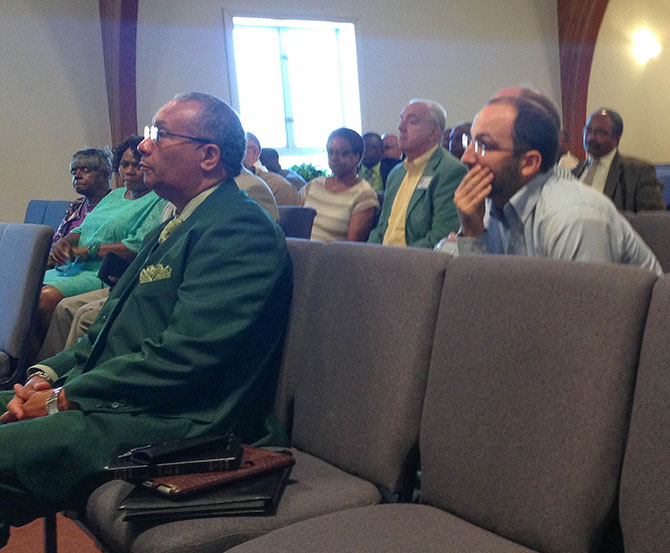 In the shadow of the Supreme Court, churches urged to reexamine bylaws

DISTRICT HEIGHTS, Md. — Now, more than ever, Churches of…