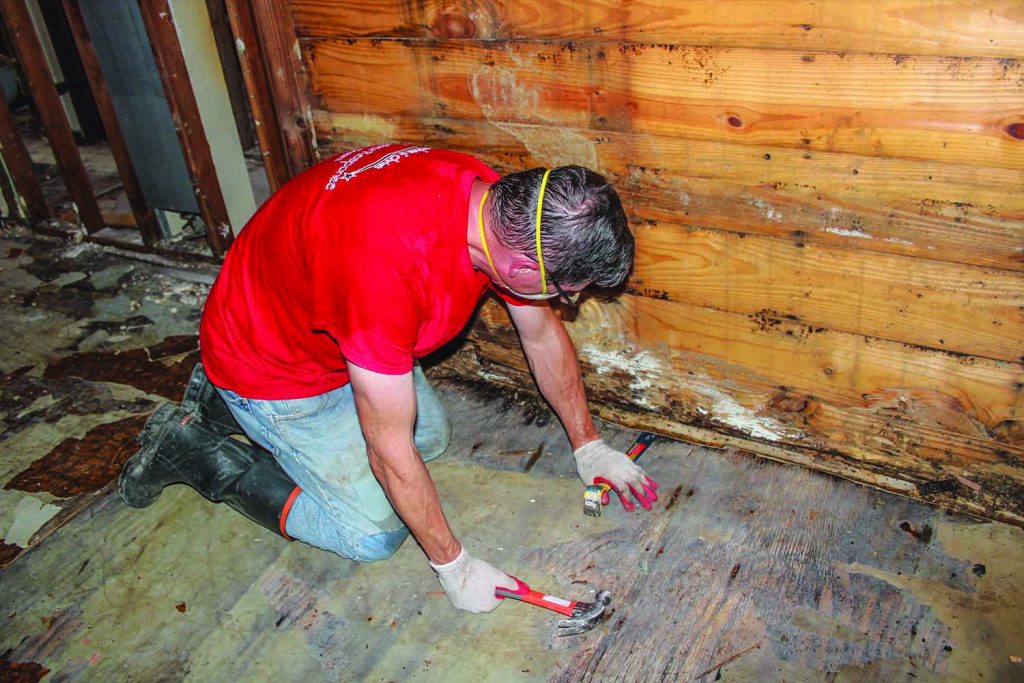 How to do the most good when helping after a disaster

Alabama church group helping clean-up after Louisiana floods gives their advice for how to make a difference when helping those dealing with disaster.

Staff Reports
BATON ROUGE, La. — Preproduction is everything, said Chandra Clark, whether you’re reporting on — or responding to — a natural disaster.

“It’s absolutely necessary to think and plan before you run out the door,” said Clark, a journalism professor at the University of Alabama. “The process of preparation and logistics starts months before a disaster happens. Once it strikes, communication turns into one of the biggest issues to tackle.”
“It makes it so much more real to see with your own eyes.”
Clark, a member of the Central Church of Christ in Tuscaloosa, Ala., traveled to Baton Rouge recently with a team of 24 students from Tide 4 Christ, a campus ministry sponsored by the church, and 14 members of the congregation. 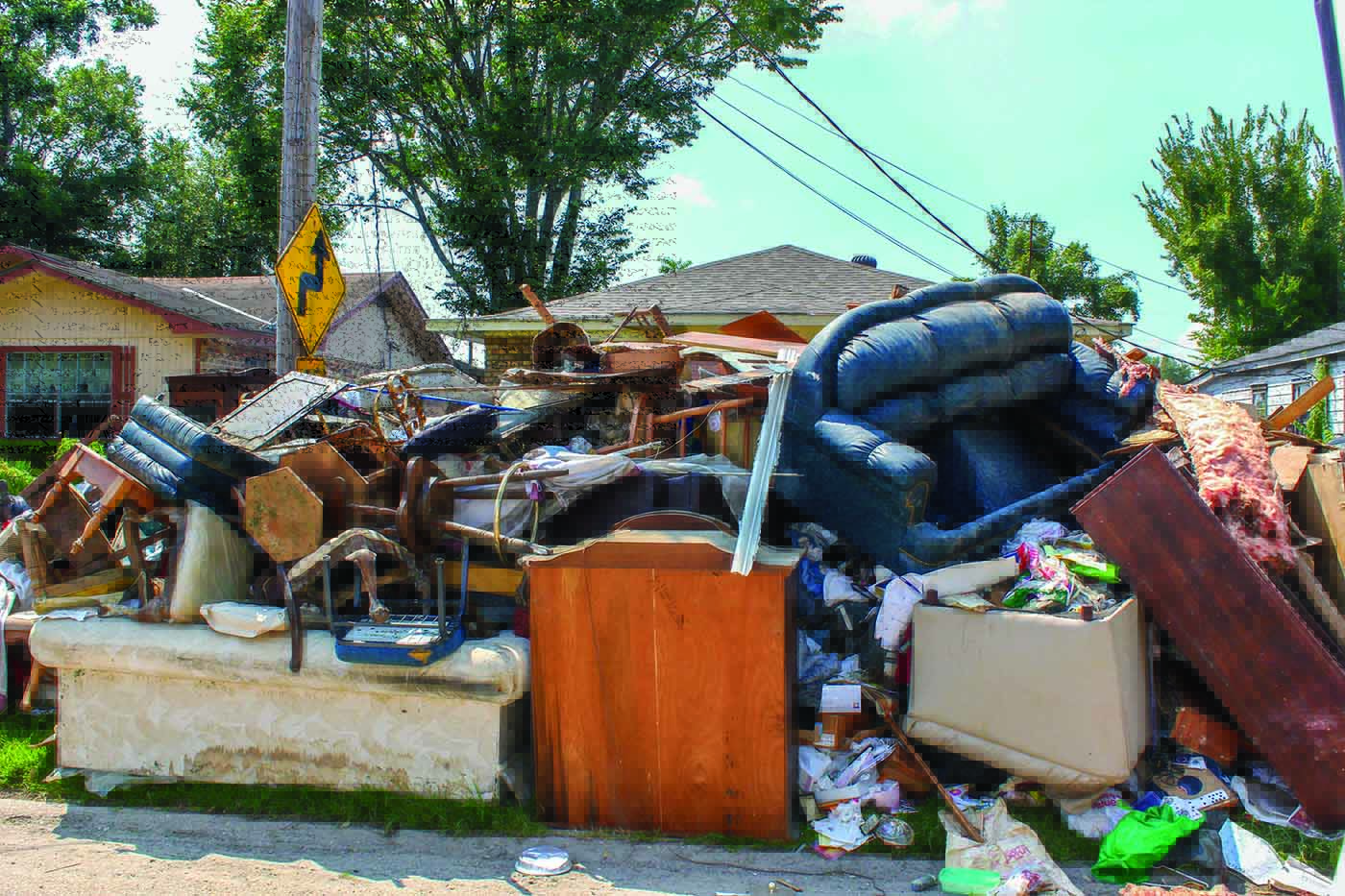 Damaged furniture lines the city’s curbsides in Baton Rouge.(PHOTO BY CHANDRA CLARK)
Working with ministries including Churches of Christ Disaster Response Team and Disaster Assistance CoC, the Christians helped rehabilitate homes. Days of record-level flooding claimed 13 lives in Louisiana and destroyed or damaged 60,700 houses. As they served, some of the students documented the devastation and collected stories from survivors.

Many of the Central church’s members are survivors of a natural disaster themselves. On April 27, 2011, an EF-4 tornado destroyed their building as a massive storm system swept across Alabama and the South, claiming more than 250 lives. Christians across the nation sent funds and provided food, supplies and workers to repair and rebuild.

Since the tornado, Central’s members have traveled to disaster-stricken locales to help in recovery — and to pass on what they’ve learned about effective relief.

“Plan as much as possible before you go, or you may wander around trying to find something to do,” Clark said. “Try to coordinate through a disaster response team or an organization that already knows the area.

“You should also monitor the news and social media … to gauge what is happening by people with boots on the ground. Then take a step back and think about what people can use in their individual situations.”

The Central mission team took that approach, working closely with flood-affected families and coordinating their work with members of the South Baton Rouge Church of Christ and the Goodwood Church of Christ.

For the students from Tide 4 Christ, who began college in the years after the Central church rebuilt, the experience was humbling. 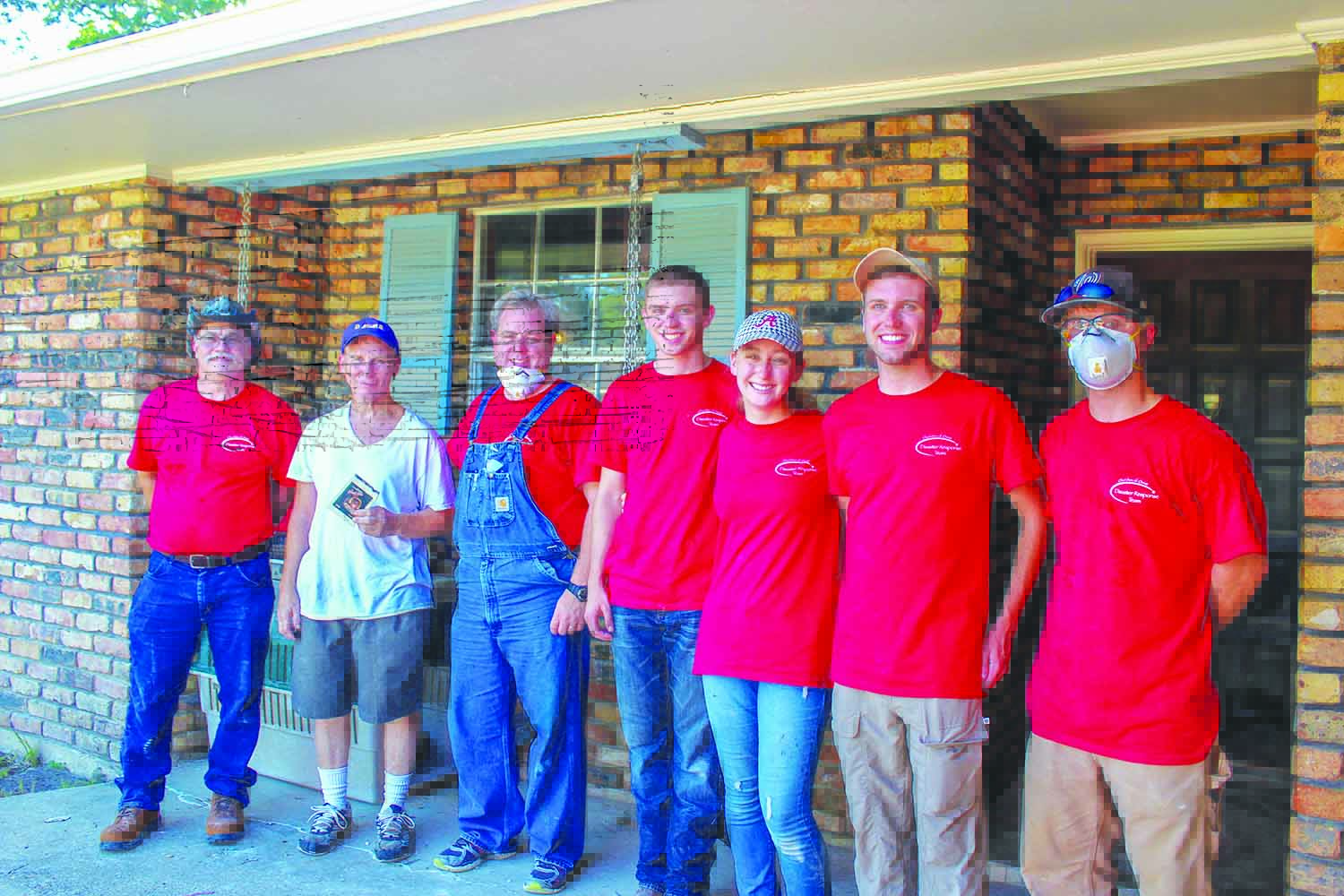 Six workers from the Central Church of Christ stand with Darryl Harvey, who had to kayak into his neighborhood to salvage what he could of his home of 20 years. His wife, Lisa waded through rising water as she held the couple’s exotic birds. (PHOTO BY CHANDRA CLARK)

Christian Harris, service co-chair for the campus ministry, said it was good for young Christians to help others by “doing things we don’t normally get to do.” That included ripping out soggy drywall, pulling nails, cleaning yards, spraying for mold and mildew — even some basic rewiring for power and air conditioning.

Brianna Hathorn, a university junior from Oneonta, Ala., helped prepare and deliver meals and supplies to people who had no means to cook food or needed help as they wait for insurance payments.

“It makes it so much more real to see with your own eyes,” Hathorn said, “and to know that you are making a difference. It’s a time to show God’s love in their time of need.”

In the weeks after Lousiana’s flooding made headlines, Churches of Christ coordinated more than 150 volunteers at a time — and other congregations across Baton Rouge did likewise, Clark said.

“Hopefully, all of us made a dent in some family’s situation,” she added, “but there’s still so much to do.”

If you would like to help with the recovery effort in Louisiana there are numerous recovery organizations working in the area, including: Churches of Christ Disaster Response Team, The White’s Ferry Road Church of Christ Relief Ministry, Disaster Assistance CoC, and Christian Relief Fund.