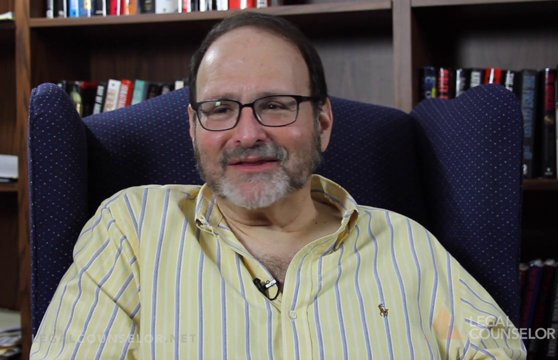 Erik Tryggestad
President and CEO
Bruce Einhorn said he’s “disgusted” by the atrocities committed in the Middle East against Christians — and with what he sees as a lack of willingness among believers in the West to address the crisis.


Persecution and the Church


“As a Jewish American, I can stick up for Christians. Why can’t other Christians?” said Einhorn, founding director of the Pepperdine University School of Law Asylum Clinic. The Malibu, Calif., university is associated with Churches of Christ.
Einhorn worked for the U.S. Department of Justice and was the principal draftsperson of the Refugee Relief Act of 1980. He served as a federal immigration judge for 17 years and was among the first to grant asylum to Middle Eastern converts to Christianity, Muslims persecuted by other Muslim groups and victims of honor killings.
Though his work helps thousands of persecuted believers who reach the U.S., untold numbers never make it, he said.
To make a difference for the persecuted church, Einhorn said, Christians in the U.S. must be willing to fight injustice in the nations where it occurs.
“It’s like Ebola,” he said, noting the virus that has claimed thousands of lives in West Africa. Though the U.S. can treat those who have the virus, to end the epidemic “you have to control the disease over there.”