Hope from the ashes

In the midst of renovation, an Arkansas church was firebombed. Now its members are rebuilding more than just a meeting place.

When his church was firebombed, Jameel Robinson took it personally. 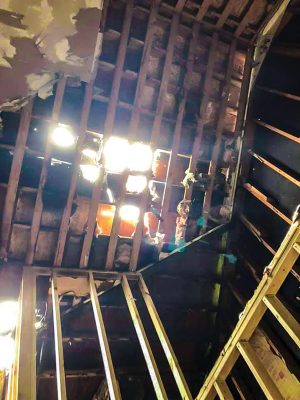 Sunlight streams through the fire-damaged roof of the Lewis Street Church of Christ.

On May 31, as hundreds rallied at the Arkansas State Capitol about three miles away, protesting the death of George Floyd, fires broke out at the century-old church building and a nearby auto parts store. Both were set intentionally, police said.

The church was near the end of a massive, much-needed refurbishment project headed by Robinson, who helped secure a $1.2 million loan for the upgrade.

The project already had been an ordeal. Two years ago, soon after he took the pulpit at Lewis Street, Robinson had delivered a message that shocked his new flock: Get out of the building. It wasn’t a sermon. He had toured the building and found mold from repeated flooding, plus asbestos.

“I put everybody out,” he said. “I thought I was going to be fired. Some of them were so upset.”

He had the building remediated, removing the harmful materials. Then he had a cardiac episode that landed him in the hospital. About a month later, the church’s roof caved in, and the building flooded.

“I said, ‘Lord, I think you sent me to the wrong congregation,’” Robinson said.

He met representatives of The Solomon Foundation, a nonprofit church extension fund, and secured the loan to modernize the facility, though he soon learned that most of the money would have to go toward bringing the building up to code.

“I poured my heart into this project,” said the minister. Literally. His cardiac problem required surgery, so he conducted conference calls on the project from his bedroom as he recovered. His wife, Demetria, fussed at him for not resting.

He tried to serve his church “with the heart of Nehemiah, with the determination of Joshua,” he said.

“I said, ‘Lord, I think you sent me to the wrong congregation.’”

Then, on May 25 in Minneapolis, Floyd, a Black man, died as White police officer Derek Chauvin knelt on his neck for nearly nine minutes. Six days later, in the midst of nationwide, racially charged protests, flames climbed the walls of the Lewis Street building and punched three holes in the ceiling.

Through social media “we saw it burning in real time,” said Willis Young, who had just placed membership with the church along with his wife, Jasmine.

She said: “We saw the riots and the looting happening, but you never think this will happen to a church. And if it did, it wouldn’t happen to your church. It made me think about race relations, how Christians should be at the forefront.”

‘A BIGGER AND BETTER PLAN’

Doug Crozier, chief executive officer of The Solomon Foundation, was worshiping with his congregation, Southeast Christian Church in Parker, Colo., when his cell phone started going off incessantly. He soon learned about the firebombing in Little Rock and called Robinson.

“We’re 100 percent behind you,” Crozier told the minister. “We’ll be there to help you rebuild. We will.” 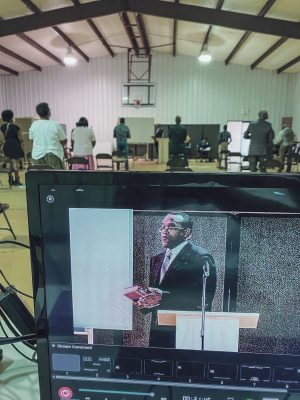 Brian Sills leads singing for the Lewis Street Church of Christ, which has in-person and livestreamed services.

The foundation serves churches with roots in the Restoration Movement, including Churches of Christ and Christian Churches. The Lewis Street church had invested about $800,000 of its loan in the rebuild so far. The church has insurance for damage from riots or terrorist attacks, which should cover that amount, Crozier said.

The Solomon Foundation recently launched an initiative to raise $2 million or more for the church. Instead of refurbishing the building, “we’re tearing it down and building a new building in its place,” Crozier said. “The original dream was to rebuild the church from the ground up. We’re going to challenge people from across the country to help us.”

The foundation will commit some matching funds toward the project.

FROM POOL HALL TO PROVIDENCE

For members of the Lewis Street church, it’s never been about the building.

“When you walk in … it’s nothing but love,” Willis Young said. His wife agreed. “We visited for a few Sundays, and it felt like home,” she said.

The church started 86 years ago in a family’s home and moved to a pool hall. They worshiped upstairs while patrons played pool and shot craps below. Later, they moved to a funeral home. The owners would clear the bodies from their meeting area before worship. 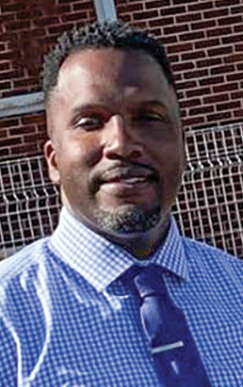 In recent years, however, the church had suffered from leadership challenges and had fallen to about 35 members. In hopes of revival, the church recruited Robinson, a preacher’s son who grew up in an abusive, violent home.

“I was homeless at a young age, got caught up in street life,” he said. Then he met Ora Davis of Jackson, Miss., who cared for him like her own son. She taught him Bible and took him to the North Flora Church of Christ. The minister, Curtis Page, baptized him and became like a father.

By age 16, Robinson was the church’s community outreach director. At 22, he became assistant minister. For the past four years, Willie McCord, minister for the 10th Avenue Church of Christ in Columbus, Miss., has served as his spiritual mentor.

Robinson earned an engineering degree and worked for a plant in Mississippi that manufactures residential roofing, siding and insulation. About three years ago, he was a guest speaker at Lewis Street, and the congregation asked him to serve as its minister.

“We’re living in a world where love, forgiveness is something that we ignore … Love is the only source that can move us all forward.”

“The only way I’m coming to Little Rock is if God shuts the plant down,” he told them. A year later, on Valentine’s Day, he got called into a meeting. The plant was closing. He was moving to Arkansas.

That was providential, said Charles Allcott, vice president and relationship manager for The Solomon Foundation, who has worked with Robinson during the rebuild.

“Jameel is a special person,” Allcott said, “and I do believe it was God-ordained for him to be at Lewis Street for a time such as this.”

In spite of the facility’s problems, Lewis Street has grown to 160 members since Robinson arrived. Several young Christians — including Willis and Jasmine Young — have become part of the church.

Those believers, the millennials, took the firebombing hardest, Robinson said. The church’s older members lived through the struggles of the civil rights era, when the Little Rock Nine desegregated Arkansas’ school system despite threats and opposition from the state’s governor.

For the younger Christians, “they’ve only read about it,” Robinson said. “Now they’re being exposed to racism and police brutality and corruption. … This has been a battle. This has been a war for so long.”

When a TV reporter asked him what he’d like to say to those who started the fire, Robinson said, “I forgive them.”

“We’re living in a world where love, forgiveness is something that we ignore,” he said. “We’d rather protest in our anger than show love to our fellow man.

“Love is the only source that can move us all forward. We’ve moved on from there.”

Now the Lewis Street church plans to renovate more than just its building.

In addition to the new facility, Robinson hopes to bring in a Spanish-speaking minister and reach out to Little Rock’s Latino community. He’s invited White ministers to speak to the congregation, which currently meets in its gym, staggered, spread out and masked due to the COVID-19 pandemic.

Diversity, the minister said, should be “rooted and embedded in the very walls where we worship.” He’s dubbed the effort Project Hope.

Posted by The Solomon Foundation on Wednesday, July 15, 2020

Other churches in the area have rallied to the cause, said Cecil May III, connection minister for the Levy Church of Christ in North Little Rock. He and a network of ministers have met and prayed with Robinson. May said he appreciates the church’s Christlike response to the attack. 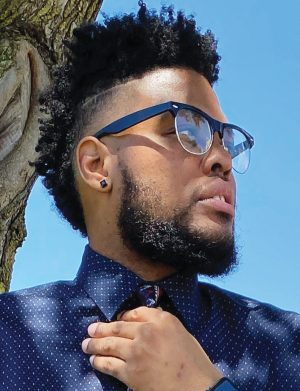 “Instead of pointing fingers of blame,” May said, “the Lewis Street family just quietly went to work rebuilding while continuing what has recently become a resurgent ministry.”

“In the Bible, there’s no bond, no free, no Jew vs. Gentile,” he said. “We’re all one so we need to show the city, the state, the United States how to come together.”

As for Project Hope, he added, “I can’t wait to see the finished product.”