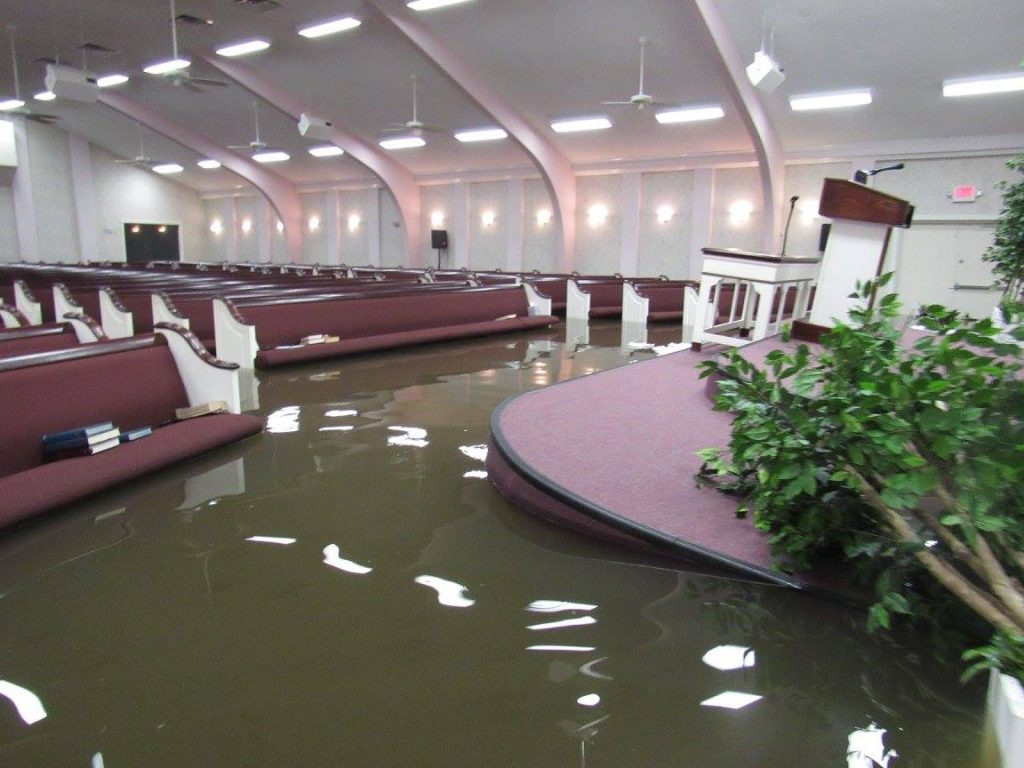 As waters rise in south Texas, The Christian Chronicle is collecting reports from Churches of Christ impacted by the historic floods of Hurricane Harvey. See a list of church-supported ministries collecting for Harvey relief at the end of this piece.
Staff Reports

Devastating floods are all too familiar for members of the Hidden Valley Church of Christ in Houston.

The church building, located near Hills Bayou, is once again filled with water, having survived another flood in April of 2016. 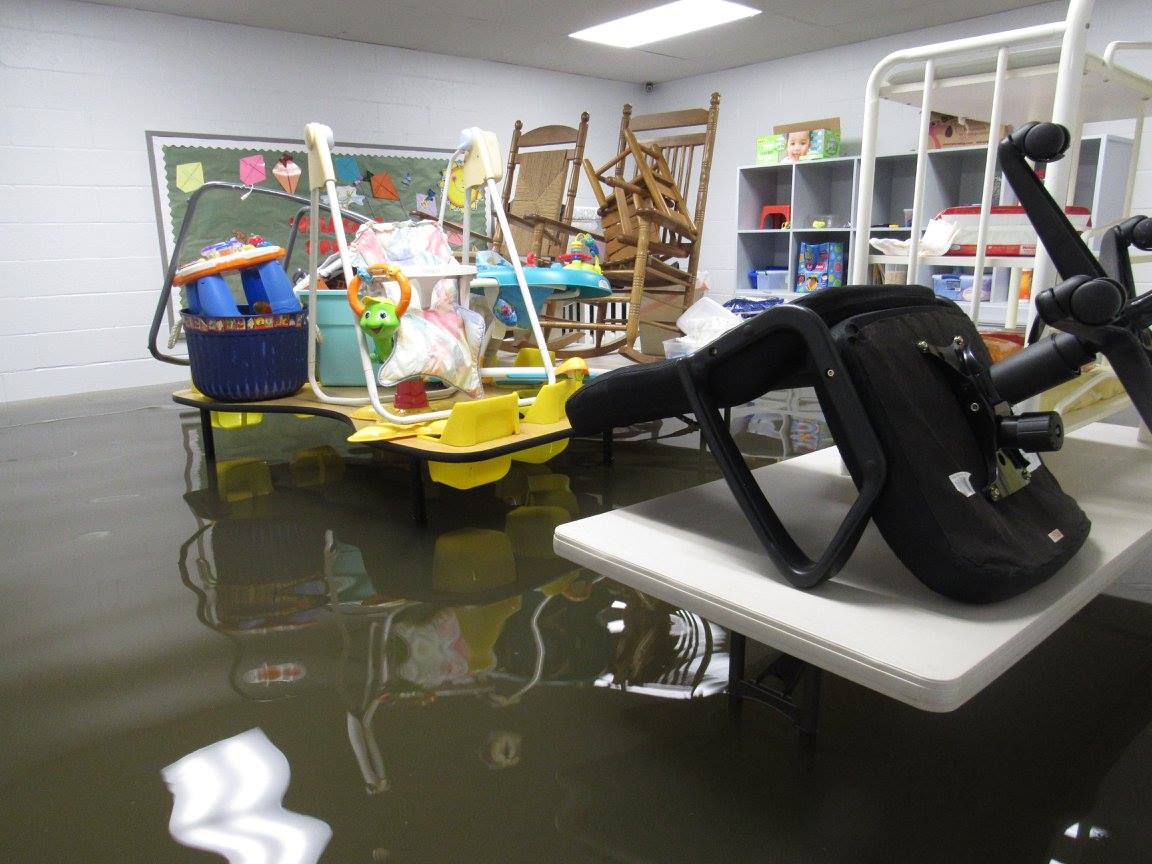 Church members moved many items off of the floor hoping to spare them from flood waters. (PHOTO PROVIDED)Hurricane Harvey, however, has produced the worst flooding minister Cruz Hernandez has ever seen.

Photos of the auditorium show the water has reached the underside of the pews. Church members moved copy machines, office equipment and chairs onto tables and desks hoping to prevent damage.

However, a video taken from inside the building shows those efforts weren’t enough.

“It just caught me off-guard,” Hernandez said referring to just how high the floodwaters are in the building.

Church leaders have been working to contact all of their members to check on them. So far, at least four families have reported they too are dealing with flooding in their homes.
Devastation along the coast

“This is definitely the worst damage I’ve ever seen,” Ken Leonard said of the storm damage he saw in the coastal city of Rockport, Texas. “It’s really bad — downed power lines, 500-year-old oak trees fallen. There’s not a leaf on a tree, hardly.” 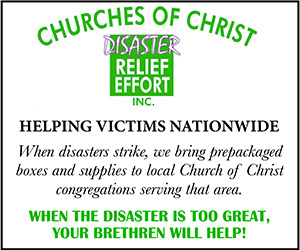 Leonard, associate director of Churches of Christ Disaster Relief Effort Inc., surveyed the coastal communities that took a direct hit from Harvey as the hurricane made landfall Saturday night. Cities including Rockport are to remain evacuated until power is restored, he said.

At the meeting place of the Rockport Church of Christ, “the fellowship hall is ready for a Sunday afternoon potluck — but there’s no wall,” Leonard said. 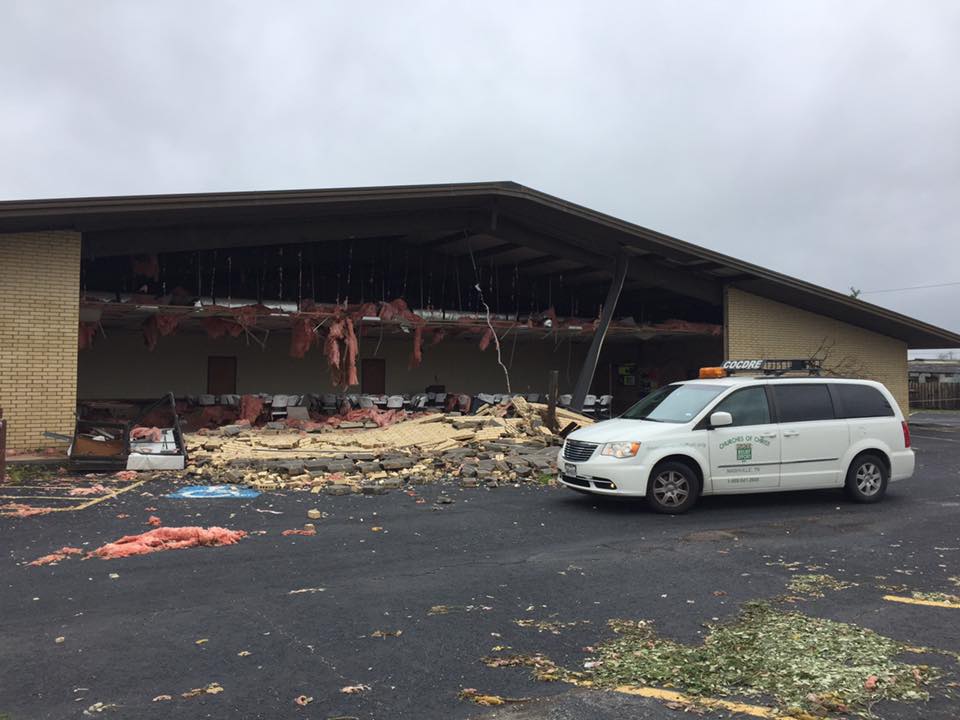 A wall at Rockport Church of Christ has collapsed. (PHOTO PROVIDED BY KEN LEONARD)

From just outside Corpus Christi, Texas, Leonard is coordinating relief efforts by CCDRE, a Nashville, Tenn.-based nonprofit. A truck of relief supplies is headed for the meeting places of Churches of Christ in Woodsboro, Texas, and other towns surrounding Aransas County. Teams of volunteers — including members of the Saturn Road Church of Christ in the Dallas suburb of Garland and members of the Serving God Serving Others ministry of the Prestoncrest Church of Christ in Dallas — are traveling to the region to help unload the trucks, set up relief centers and begin the long task of recovery. 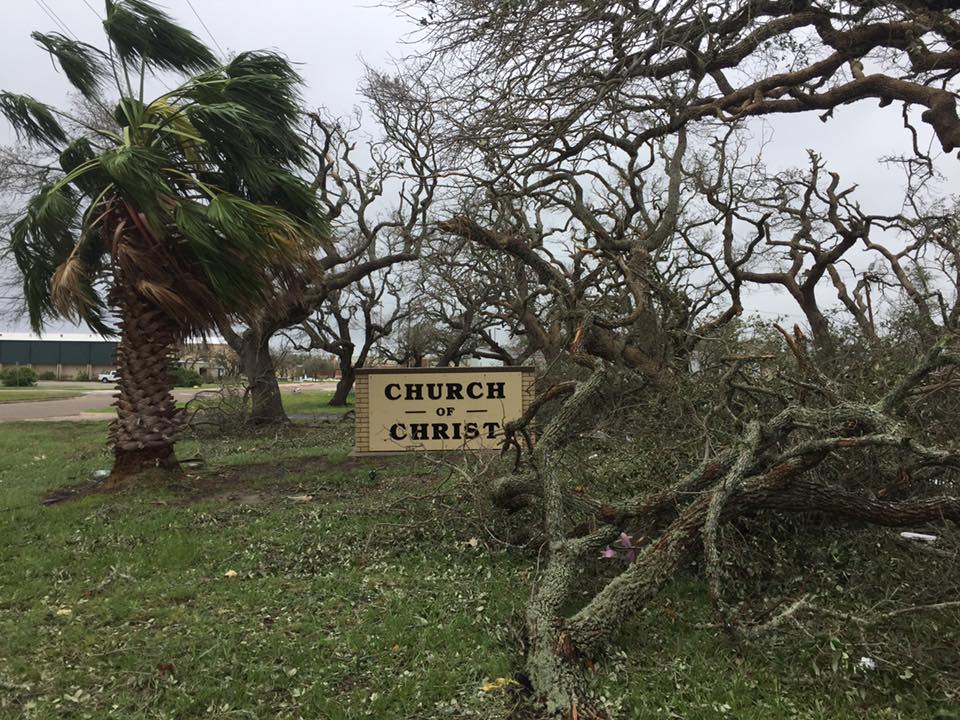 “These trailers will distribute clean water and food as well as provide showers, sleeping areas and tools,” Brown said. “As the flood recedes from Houston and it is safe for our team to get there, we will be evaluating if we should move our team to that area. The decision will be made based on where we can be of greatest service.”
Praying for the rain to stop

In the Houston suburb of Katy, Texas, Jana Miller and her family ask for prayers.

“We are getting a whole lot of rain. We would just like to ask everyone to pray for the rain to stop. We’ve had enough rain,” said Miller, a member of the Memorial Church of Christ in Houston.

The Millers are still dry, for now. The rain has started dripping through a small leak in their roof and it’s slowly creeping up their yard and then receding when the rains slow.

“It’s getting really scary because a lot of our friends are having a lot of flooding and getting trapped in their houses. They can’t leave,” Miller said.

The neighborhood closest to them has been put under voluntary evacuation.

Her family has been told they will be safe, so for now they are staying put.

The following ministries, associated with Churches of Christ, are accepting donations for relief work: 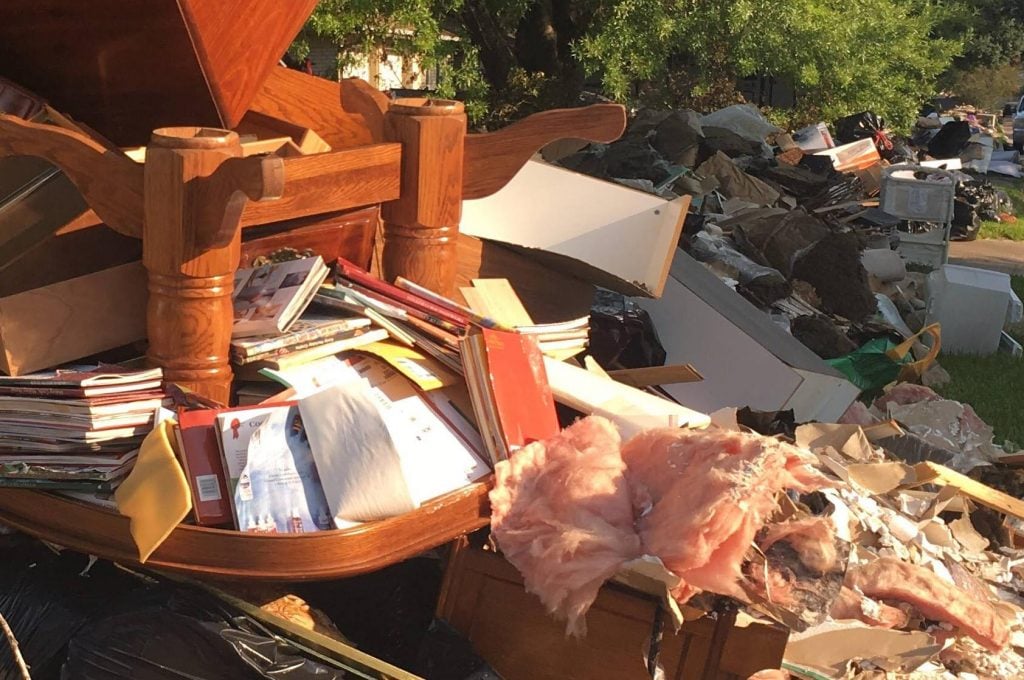 Sifting through my family’s flood of blessings

PEARLAND, Texas — I know what it’s like to wake up to…