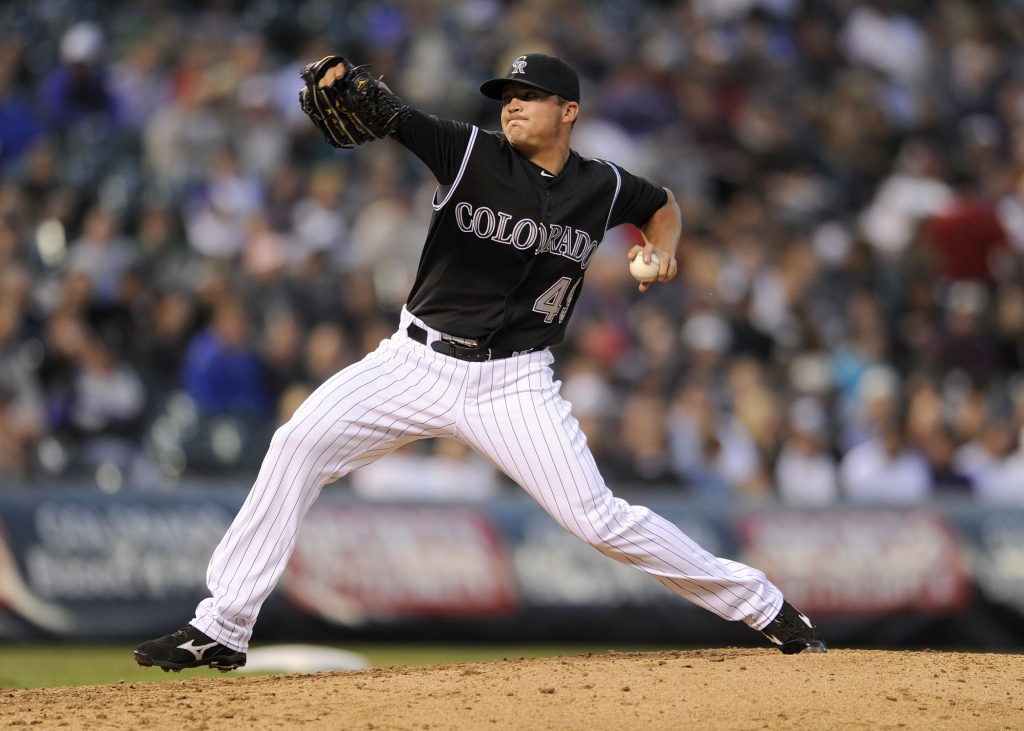 Highly touted Rockies reliever described as humble and down to earth 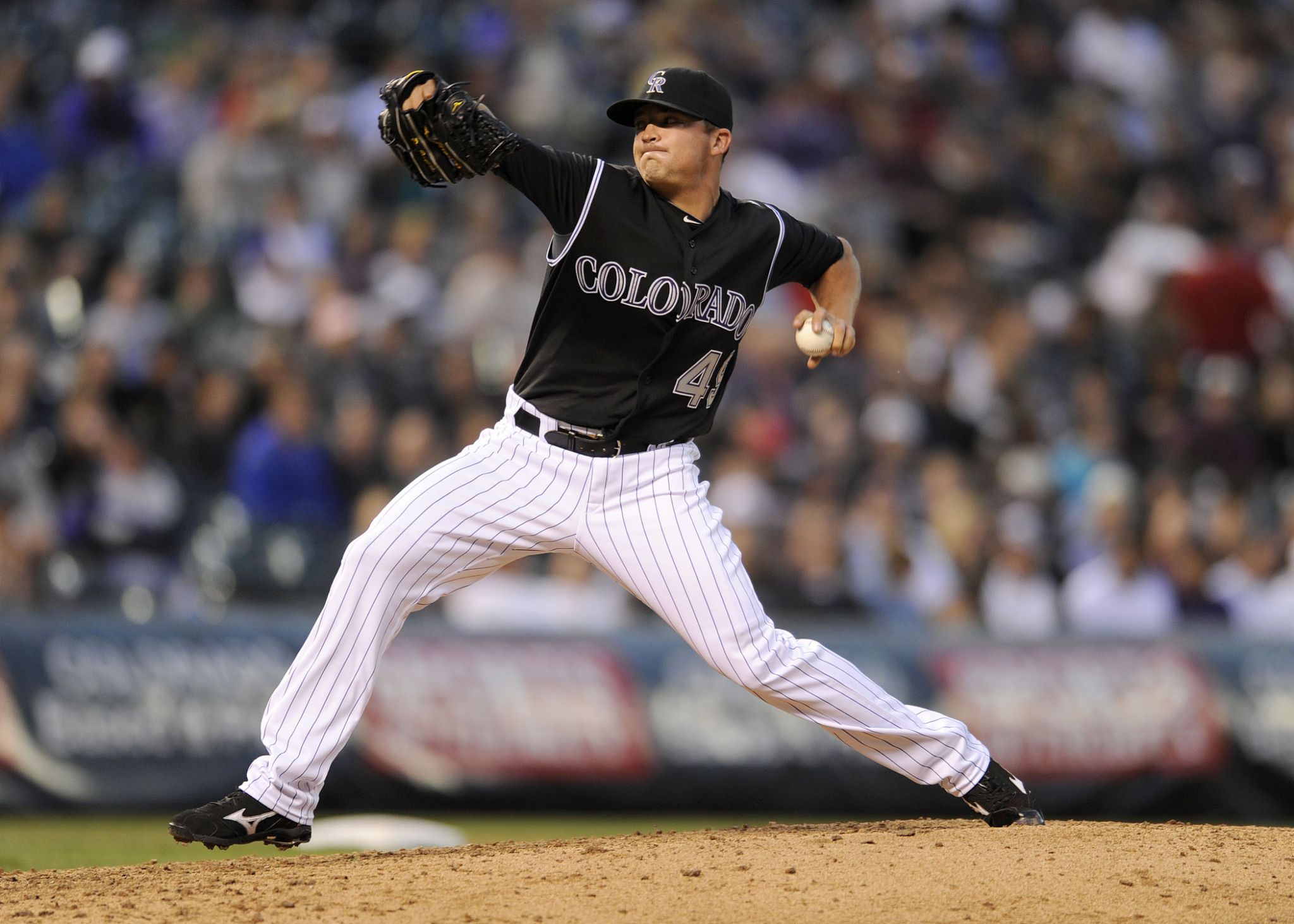 Rex Brothers, a member of the Chapel Hill Church of Christ in Tennessee, is a highly touted Colorado Rockies prospect. (Photo courtesy of Rich Clarkson & Associates)

Blogging live from Denver
Two weeks ago, the Colorado Rockies called up one of the team’s more highly touted prospects: Rex Brothers.
In a June 5 report, The Denver Post described Brothers’ promotion to the major leagues this way:

Rex Brothers is a headline waiting to happen. T-Rex . . . Brothers in arms . . . Oh, Brothers!
Get the keyboard ready, because arguably the most anticipated rookie reliever in franchise history has joined the Rockies.
“I feel like I am ready, sir,” Brothers said Saturday. “I learned a lot from spring training and from being in Triple-A.”

Why is this news for The Christian Chronicle?
Because Brothers, 23, is a faithful Church of Christ member and former Lipscomb University star drafted less than two years ago: the No. 34 pick overall in 2009. He’s from the small town of Shelbyville, Tenn., and attends the Chapel Hill Church of Christ in the offseason.
“He’s just absolutely a really neat young man,” Chapel Hill preacher Stan Butt Jr. told the Chronicle. “He’s super respectful and super humble. When he’s home, you wouldn’t know about his success at all because he’s very down to earth. I’ve never heard one negative thing about him. He’s a faithful Christian, and we’re just as proud of him as we can be.” 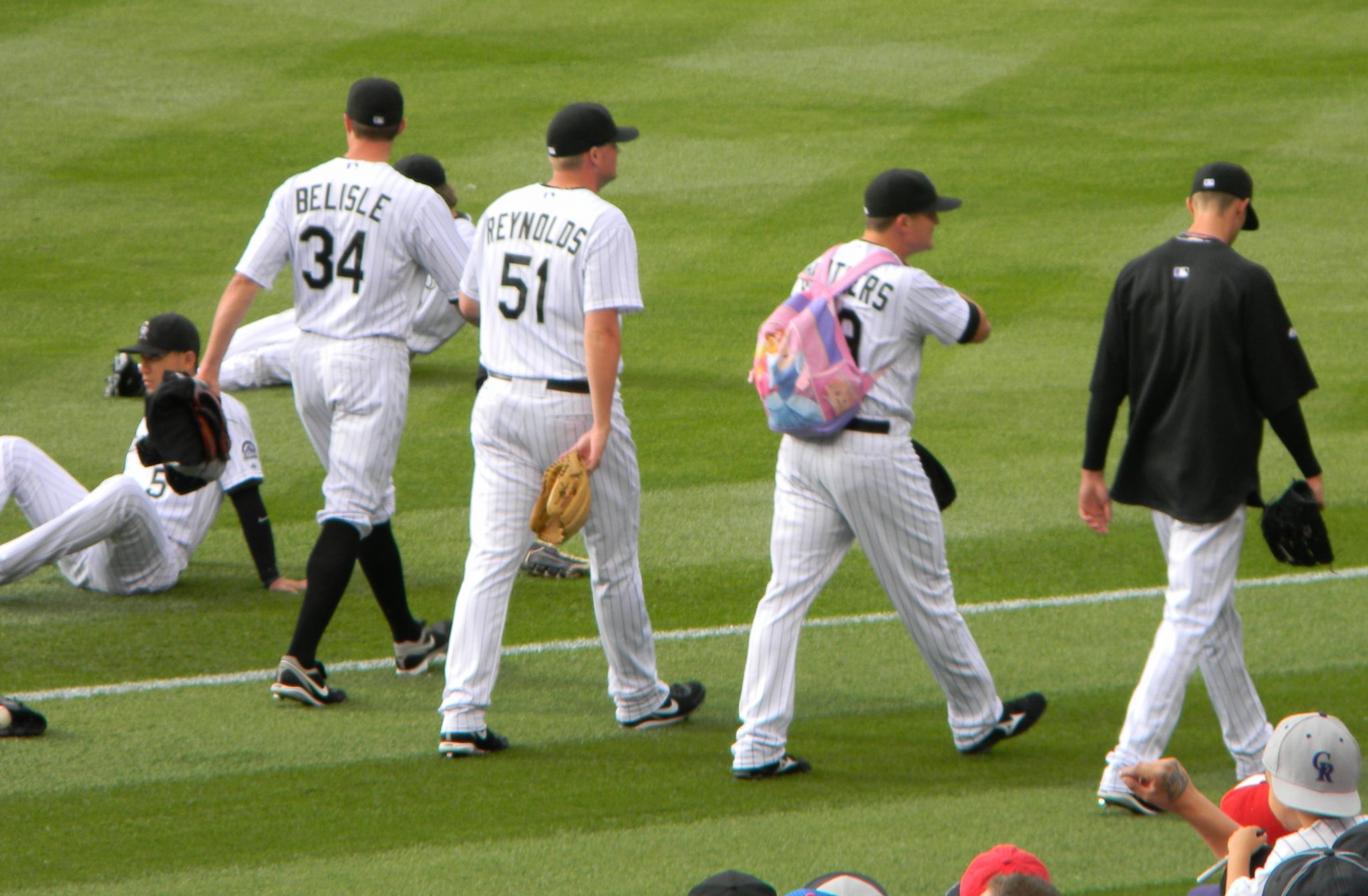 I’m in Denver working on a feature on the Future Preachers Training Camp at the Bear Valley Church of Christ. Rex’s cousin Kirk Brothers, pulpit minister of the Graymere Church of Christ in Columbia, Tenn., is a former director of the Bear Valley camp.
Kirk Brothers now works with the Middle Tennessee Future Ministers Camp at Graymere and invited Rex to speak two years ago.
“Rex spoke for us on being a Christian leader wherever you are in 2009, just a few weeks before the draft,” Kirk Brothers said. “The boys loved him. One of the things that is most impressive about Rex is that he has not let his fame go to his head. He is humble and kind.”
I inquired about an interview with Rex Brothers, but he politely declined at this time as he adjusts to the demands of life in the major leagues.
I did catch a brief glimpse of him at Saturday night’s game with Detroit: wearing what appeared to be a little girl’s Snow White (or maybe Cinderella?) backpack as he walked with other relievers out to the Rockies’ bullpen. I assume the backpack must be part of a good-natured hazing ritual by the team’s veteran pitchers.
Brothers didn’t appear in the Rockies’ 5-4 win over the Tigers, but he’s recorded five strikeouts in his first five innings pitched with just two earned runs allowed.