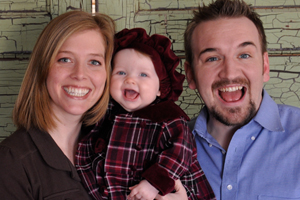 
We reported last year on Mike Cope leaving the pulpit of the Highland Church of Christ in Abilene, Texas, after 18 years.

On Sunday, the Highland church — one of the nation’s largest Churches of Christ — named Cope’s successor.
Jonathan Storment, associate preaching minister of the Richland Hills Church of Christ in North Richland Hills, Texas, near Fort Worth, will start his new duties at Highland in August.
Here is a news release provided by Kenneth Pybus, who co-chaired the preacher search team:

Jonathan Storment, associate preaching minister at Richland Hills Church of Christ in Fort Worth, will become the 10th preaching minister of the Highland Church of Christ in Abilene, the city’s largest Church of Christ congregation. Jonathan will join the Highland staff on Aug. 1, 2010.
“We are extremely pleased that Jonathan Storment is our new preaching minister,” said Highland elder David Wray. “Jonathan is an effective pastoral minister, a.gif?Action=thumbnail&Width=460&algorithm=proportionalted communicator, and a mature spiritual leader. We anticipate the many ways in which God will work in and through Jonathan as he ministers at Highland and in the Abilene
community.”
In addition to serving as associate minister at Richland Hills for the past three years, Jonathan has been young adult minister and college minister at the church. He also served as teaching minister at Jacksonville church of Christ in Jacksonville, Ark.
“We are excited about partnering with Highland in doing Kingdom work,” Storment said. “We are looking forward to getting to know the staff. We’re stoked about joining in the variety of social justice ministries they have going on already and watching them expand.”
A native of Arkansas, Jonathan earned a Bible degree from Harding University in 2003. He is pursuing a master’s degree in Christian ministry from Abilene Christian University. He is married to Leslie Maas Storment, and they have two children: Eden, 18 months, and Samuel, one month.
Highland Church of Christ is a 2,000-member congregation in downtown Abilene. Its mission is to make disciples of Jesus Christ who prayerfully join together in missions, ministry and worship.