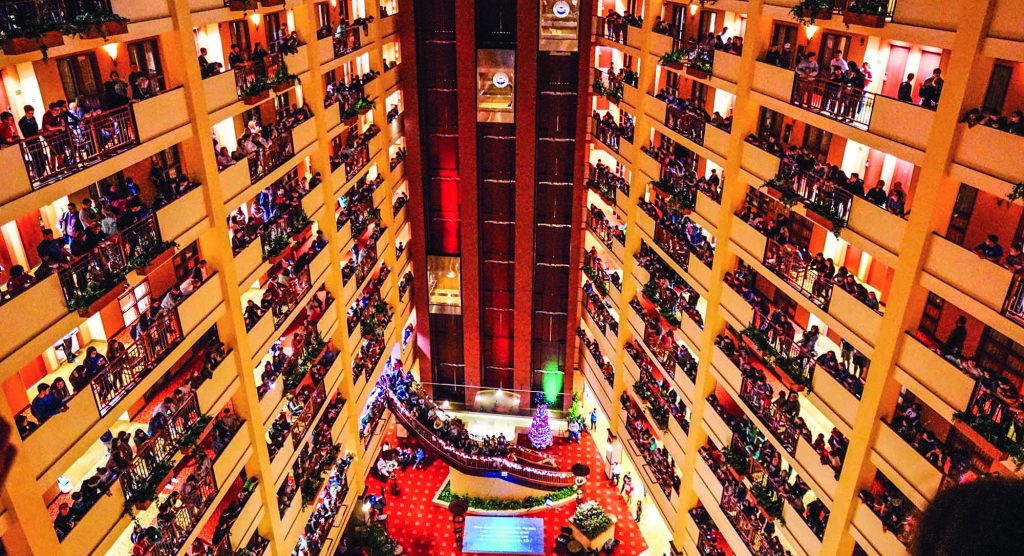 HUNTSVILLE, Ala. — Talk about a late-night devo!

Each year, the highlight of the three-day Exposure Youth Camp comes on the final night.

That’s when teens fill the balconies of the 10-floor Embassy Suites hotel and sing praises to God.

More than 2,500 voices joined in the recent Atrium Singing. At press time, a Facebook video of the singing had drawn more than 80,000 views.

In all, 2,260 teens attended Exposure Youth Camp — a 24-percent increase over the previous year, said Dale Jenkins, the event’s emcee and minister for the Spring Meadows Church of Christ in Spring Hill, Tenn. “There were 116 responses, including roughly 20 baptisms,” Jenkins said. 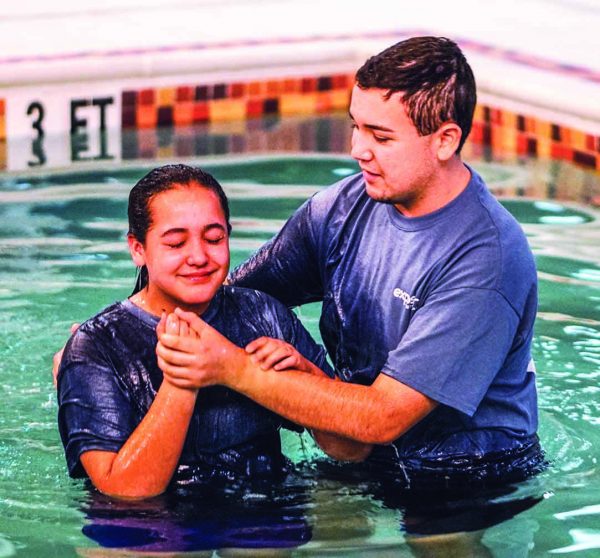 George Brock baptizes his sister Hilda at the pool in the Embassy Suites hotel in Huntsville, Ala.

Exposure Youth Camp organizers reserve all the rooms at the Embassy Suites and three other hotels.

It’s the largest annual youth event among Churches of Christ in Alabama.

The next Exposure Youth Camp will be Dec. 27-30. For more information, see www.exposureyouthcamp.com. 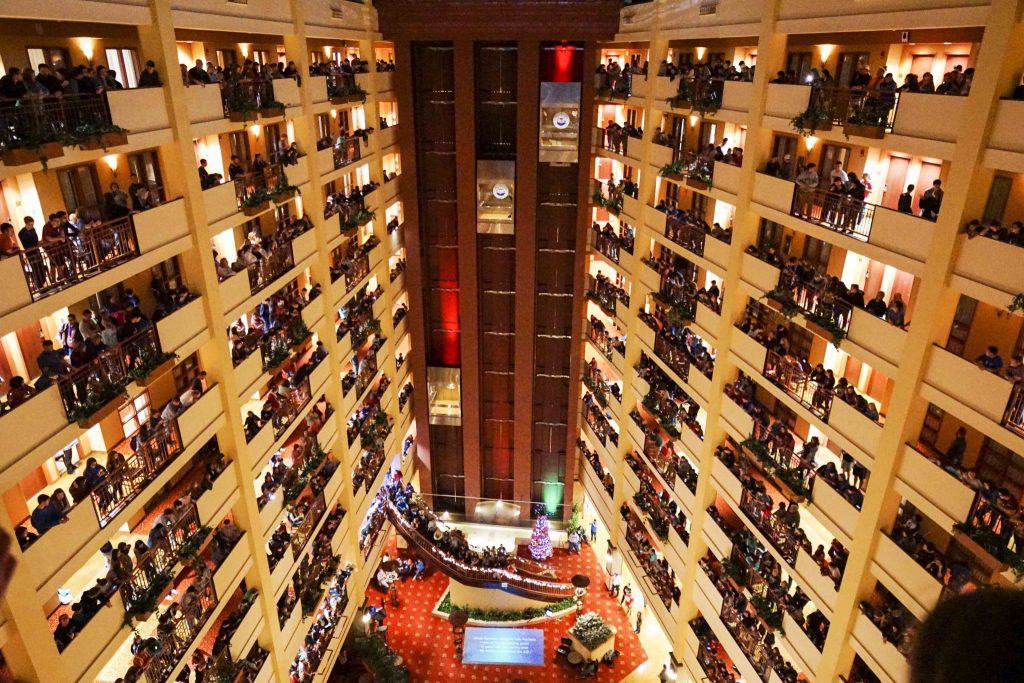 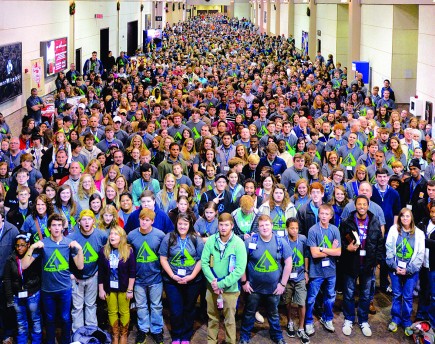