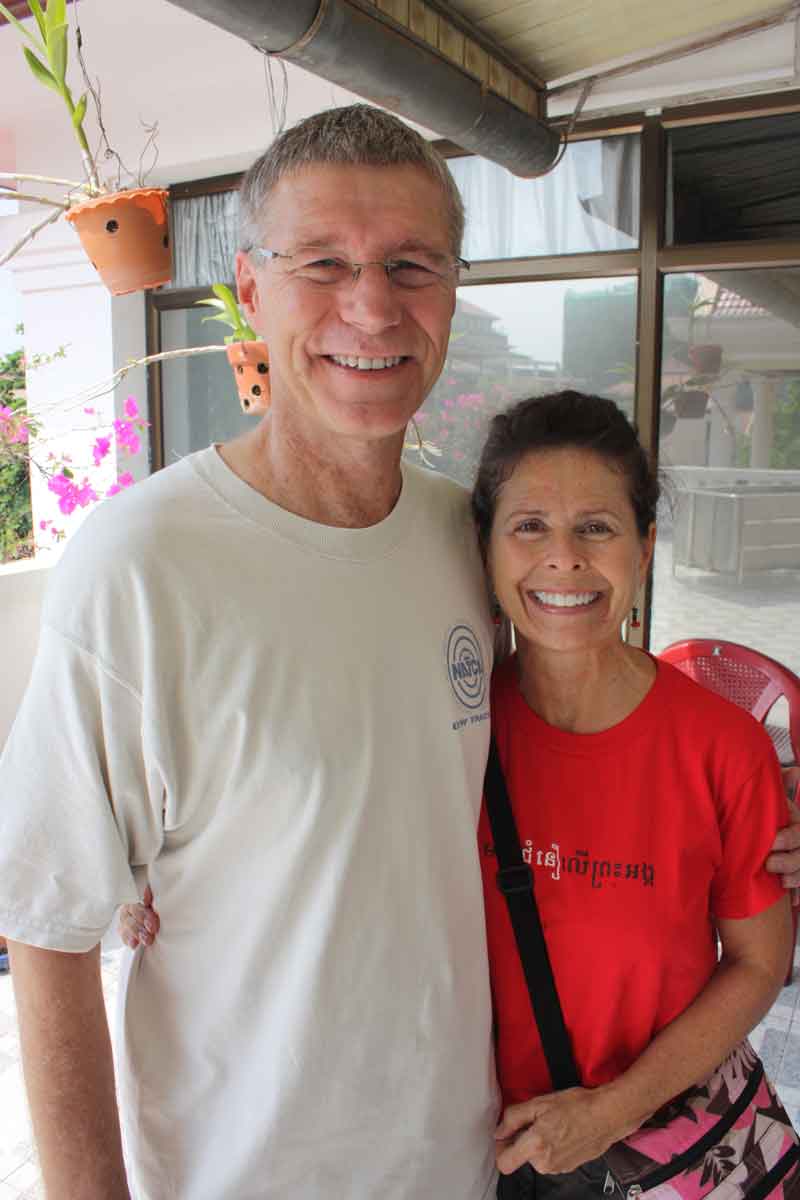 High-flying video urges believers to share faith in the workplace


The above video tells the story of Sandy Detherage, a member of the High Pointe Church of Christ in McKinney, Texas. Through the simple act of sharing his faith, Deherage, an air-traffic controller, opened the door for God to transform two lives.

Dennis and Sharon Welch in Cambodia in 2010. (Photo by Erik Tryggestad)

His fellow air-traffic controller, who is at first hostile toward Christianity and later converts, is Dennis Welch. He and his wife, Sharon, kept the commitment mentioned in the video. In 2007, Joy and Lynn McMillon interviewed the couple as they prepared for the mission field at Sunset International Bible Institute in Lubbock, Texas.
Three years later, I met the couple in Cambodia’s capital, Phnom Penh, as they worked at the Sunset branch school there. (See a story about that trip.) A few months after my visit, the Welches took oversight of a nutrition program for youths in the villages near Phnom Penh.
The video was produced for RightNow Media, a Richardson, Texas-based nonprofit (a kind of Christian version of Netflix) that allows people to watch online video bible studies.
Clint Loveness provided me with a link to the video. I met him at the Pepperdine Bible lectures. He’s a video producer for Bluefish TV, which makes Bible Study kits for RightNowMedia.org.
(Coincidentally, the Welches were there too, talking about their work in Cambodia and looking for additional support.)
Loveness, himself a Church of Christ member, said he’s looking for additional stories of faith and transformation. Contact him for more information.