Murray Evans
Correspondent
On the night before the biggest game of his basketball career — one that would make his team the NBA champion — Norris Cole was where he often can be found: at a Church of Christ service in Miami, worshiping God with his family and friends.
Cole, a rookie guard for the Miami Heat, was a key reserve all season and hit three big 3-pointers in the NBA Finals as the Heat beat the Oklahoma City Thunder in five games to win the title. During media interview times between games, he’d chat with ESPN basketball analysts and wave to reporters like they were old friends.
But through all the hoopla, those close to Cole say he’s remained grounded and faithful to the principles taught to him by his parents, Norris Sr. and Diane Cole, and reinforced by the brethren at the Webster Street Church of Christ in Dayton, Ohio, and more recently, the Miami Gardens Church of Christ in suburban Miami.

“A lot of people have grown up and decided not to keep the Christian faith, but you have to separate yourself,” Cole said before the opening game of the NBA Finals in Oklahoma City.
“It’s like being in the NBA,” he said. “Not everybody can play in the NBA. You have to discipline yourself so that you can sustain and that you can make it. The same thing goes for Christianity.”
MISSING PRACTICE FOR BIBLE STUDY
Faith always has been a priority for Cole, who while growing up attended the 60-member Webster Street church every Sunday and Wednesday with his parents and two older sisters. Cole gave devotional talks, led singing and represented the congregation in an annual Bible Bowl event hosted by the Northridge Church of Christ in Dayton.
“We come from the village mentality,” Diane Cole said. “It takes a village. We had a lot of support with our kids, and we were open and receptive to that support. We have a very close-knit church and family. At a church like that, you can grow up and do things and have a good time and fun together, so they have friendships that will last a lifetime.”
So close, in fact, that Norris Cole — during a key stretch of the Heat’s Eastern Conference Finals series against the Boston Celtics — made sure to contact close family friend Rachel Melson Blanks in early June after she had to undergo an emergency Caesarean section.

“He has a million things to worry about, and he took time out to ask how I was doing and the baby was doing,” Blanks said, holding her new daughter. “That speaks to his character. He is just a superior individual, not just on the court but off the court. He is loyal, faithful and honest. He always puts other people in front of himself.”
His peers in high school noticed. Cole played alongside current Thunder guard Daequan Cook at Dunbar High School in Dayton, and Cook used to wonder why Cole never showed up for Wednesday night practices.
“I always wanted to know where he was, but I realized that he had to go to Bible study with his grandmother, so he had to miss practice with the team,” Cook said. “We respected that. We knew that. Basketball was just an extra-curricular activity for him.”
LEADING BY EXAMPLE — IN THE PEWS
Cole received only one NCAA Division I basketball scholarship offer, from little-known Cleveland State.
In 2009, he led the Vikings to their first NCAA tournament berth in 23 years. He was named the Horizon League’s player of the year and defensive player of the year in 2011.
In last year’s NBA draft, he was taken 28th overall in the first round by the Chicago Bulls, then traded twice on draft night — first to the Minnesota Timberwolves, then to the Heat.
After landing a roster spot alongside superstars LeBron James, Dwyane Wade and Chris Bosh, Cole played in 65 of Miami’s 66 regular-season games, tied for tops on the team. He started twice and averaged 6.8 points per game.
He played in 19 of the Heat’s 23 playoff games. In Game 4 of the Finals, he hit a 3-pointer late in the first quarter and another early in the second quarter to start a 16-0 run by the Heat after they had fallen behind by 17 points. Miami went on to win the game, as well as the series clincher two nights later, in which Cole had another 3-pointer.
One of his priorities upon arriving in south Florida was finding a church home where he could just be a regular person and not a celebrity.
“When I first met him, he had walked into Bible study class, and he has that baby face,” said Gale Nelson, the Miami Gardens minister. “I thought he was a teenager, and I addressed him as ‘young man.’ I didn’t realize he was a basketball player. There was no ego with him. That’s a sign of good parenting.”
Nelson said Cole Sr. told him to put Cole to work, and that’s what the Miami Gardens church has tried to do, while avoiding the temptation of using Cole’s fame.
“You talk about leading by example,” Nelson said. “Norris led a prayer one evening. The young men know who he is, and seeing him in the congregation, seeing him serving in the Lord’s church, it spoke volumes.
“To see him as a brother, they realize it’s not a show. The Lord is no respecter of persons. He’s a brother who is willing and able to work in the church.”
WINNING THE PRIZE
The frenetic NBA schedule sometimes prevents Cole from being at church services, but he’s determined to remain focused on his faith.
“It can be very tough,” Cole said. “But what I do is, every sermon that I miss, the Miami Gardens church gives me a DVD so I can go back and watch. My mother, she gives me a daily Scripture reading and devotional for every day. They help me stay spiritually minded and keep me on task.”
Those in Cole’s church family back in Dayton cite Matthew 6:33 and call him an example of how God will bless a person who seeks the Lord first.
“He learned early on that you put God first and things will work out,” said Richard Melson, the minister at the Webster Street church. “He is an intelligent young man. He is recognized around the city, not just as a basketball player but as a very positive influence among his peers. He has always been the right kind of example in faith, purity and love, like Paul talks about.”
Cole now has won the prize of which thousands of basketball players dream. But he hasn’t forgotten where he came from or what got him where he is.
“I love them back at Western Street,” he said. “I have a pretty good following at home. They take care of me. That’s why I like going back, so I can take care of them.” 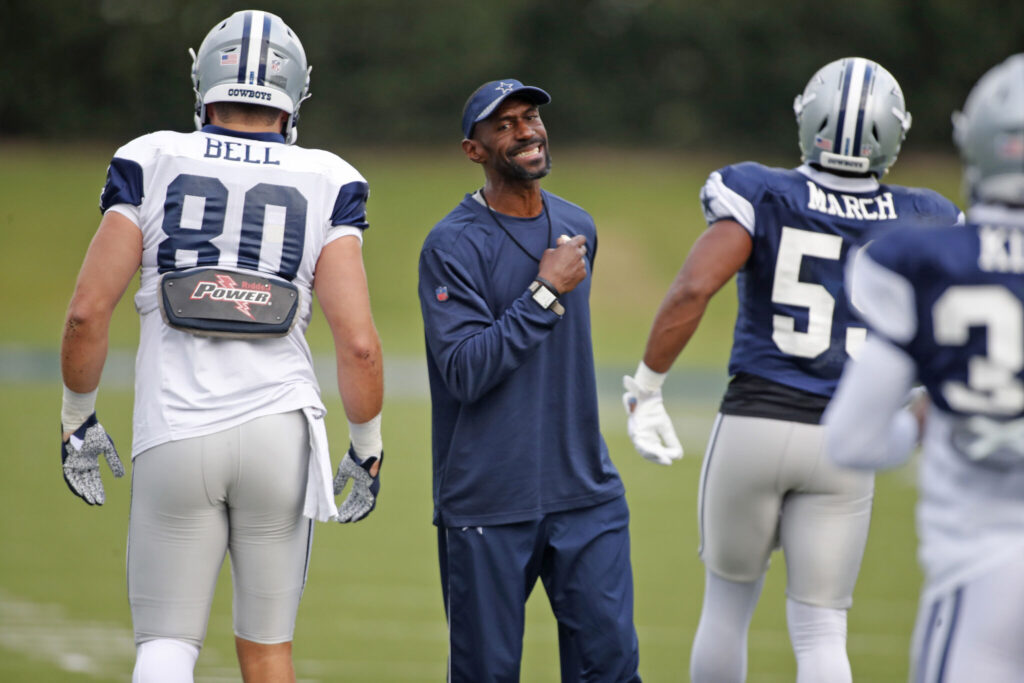 Markus Paul was in his final season as an NFL…